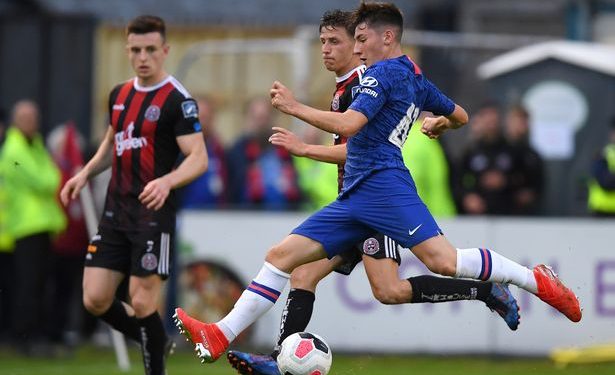 On average, each match saw an audience of 7.1 million fans across as many as 149 countries among them Kenya and Nigeria.

by Kimani Chege
in Crime, Kenya
0
Share on FacebookShare on LinkedIn

The study –– produced by sponsorship valuation firm GumGum Sports in partnership with digital piracy authority MUSO at the behest of an unnamed elite EPL club –– focused on eight matches spanning the 2018-19 season. On average, each match saw an audience of 7.1 million fans across as many as 149 countries.

The pirated audience was largest in China, where illegal streams served more than 1 million fans per match. After China, illegal streaming was most prolific in Vietnam, Kenya, India, and Nigeria.

The U.S. and the U.K. had the 10th and 11th largest piracy audiences streaming the match. The global study also broke down its £1M-per-match finding by an on-pitch sponsor, noting that, of the seven deal placements analyzed, the majority of value came from field-side LED (rotating digital creative) and kit (front-of-jersey) sponsorship placements.

“Clubs and sponsors have never been able to quantify media exposure from unauthorized streaming, which over the years amounts to billions of dollars in unrealized value,” said GumGum Sports general manager, Brian Kim. “Now we have a unique data set that gives the advantage to brand sponsors while also enabling clubs to better demonstrate the value they’re driving on behalf of corporate partners.”

The findings were the product of a multi-layer process involving the study’s partners. MUSO identified the size of the global digital piracy audience. GumGum Sports then analyzed on-screen exposure and duration for sponsorship placements and produced global media equivalencies for the live broadcast to calculate media value per nation.

“Piracy audiences have too long been disregarded as offering no real value to rights holders and distributors, but the reality is that these huge audiences still see the same shirt sponsors and commercials as people watching the game via a licensed channel,” stated MUSO co-founder and CEO, Andy Chatterley. “Sports rights owners are now waking up to the fact that they are leaving sponsorship money on the table by not measuring, understanding and gaining insight from the piracy audience––and we’re looking forward to continuing our work with GumGum to change the perception of piracy audiences’ value.”

The study is the first ever to incorporate digital piracy consumption into a cross-channel sponsorship measurement solution alongside traditional broadcast, streaming, social and digital, underscoring the rapid global proliferation of illegal online streaming of televised sporting events.