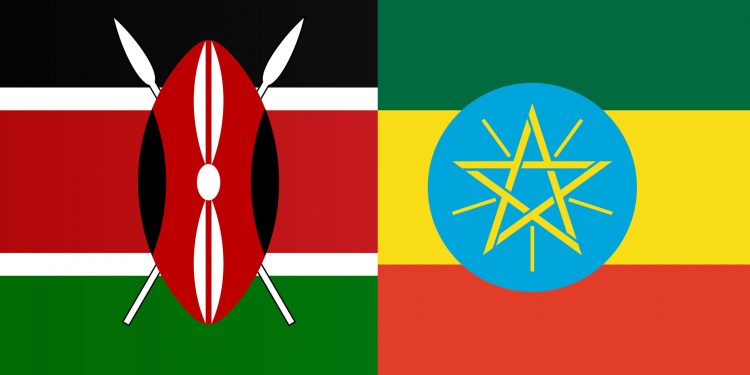 The recently established One Stop Border Point (OSBP) in Moyale is expected to boost trade between Kenya and Ethiopia.

Kenya is keen to boost its trade with Ethiopia through the One Stop Border Post initiative, even as Lamu Port South Sudan-Ethiopia Transport (LAPSSET) corridor starts to take shape.

Acting Cabinet Secretary for National Treasury and Planning Ambassador Ukur Yatani has called on residents of the upper eastern region at the Kenya-Ethiopia border to take advantage of recently established One Stop Border Point (OSBP) in Moyale to boost trade between Kenya and Ethiopia.

The CS said that the modern facility which is among other six in the country was underutilized.

“We should see more trade volumes passing through the OSBP at Moyale- an indication of a robust business activity between Kenya and Ethiopia. Unfortunately, we are not witnessing this. I wish to urge residents in this region to make use of this exemplary facility for their good and the good of both Kenya and Ethiopia,” said the CS.

The CS, who was accompanied by KRA Chairman Francis Muthaura, KRA commissioners and interior ministry officials in a tour of the Moyale OSBP in Marsabit County said, the government was keen on working towards full implementation of an agreement on free trade earlier agreed between the two countries.

The CS, while addressing stakeholders in the region also promised to establish more OSBPs at the Kenya-Ethiopia border to facilitate trade between the two countries and ensure high levels of tax compliance among the traders in the region.

“There is a potential for additional revenue collection in this region hence, the government shall establish more OSBPs along the common border with Ethiopia to facilitate trade and ensure collection of more revenue,” he said.

He directed KRA to convene regular multi-agency meetings which should be attended by stakeholders among them community leaders, to address issues that may have led to the underutilization of the OSBP.

He also encouraged the authority to conduct more stakeholder sensitizations in the region to enable the communities living at the border have better understanding of taxation and need for compliance.

“This will also ensure that any misunderstandings that may be existing between KRA and stakeholders are solved amicably hence boosting compliance and resulting to more revenue for the government,” he noted.

Mr. Muthaura on his part said KRA is willing to play a key role in facilitating revenue collection and enhancing compliance.

“KRA and the business community in this region need to work together for the betterment of the region and the country. KRA is therefore obliged to provide a conducive environment for business to thrive,” said Muthaura.

KRA Commissioner of Customs and Border Control Kevin Safari asked traders to make optimal use of the Moyale OSBP.

“It is important for the business community and residents of this reason to appreciate that the OSBP is key in facilitating trade and ensuring safety of cargo movement at the border point. Movement of goods across the borders in undesignated crossing points amounts to smuggling,” said the Commissioner.

The OSBP concept has alleviated the movement across borders by improving border crossing speed and efficiency hence reducing barriers to trade and improving business competitiveness.

At the OSBPs, KRA has put in place measures such as installation of scanners and intelligence aided verification of cargo to address mis-declarations, concealments, and substandard cargo.