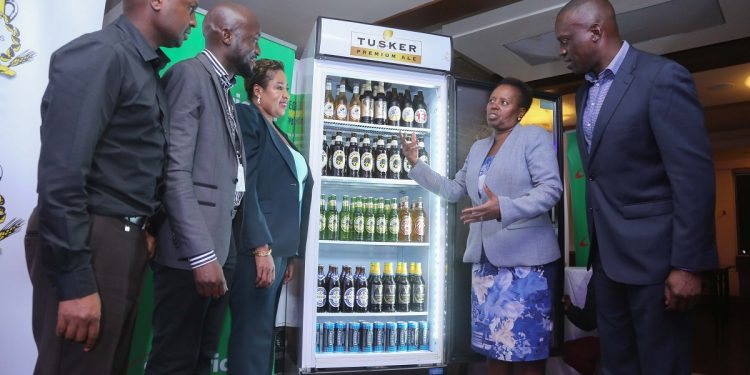 The coolers that will be distributed countrywide. In the partnership between KBL and Safaricom, the two companies will work together to connect and enhance beer retail countrywide. [Photo/KBL]

The connected coolers are wired with sensors which leverage on IoT

The internet of things (IoT) is expected to transform how Kenya Breweries Limited (KBL) retails its products in Kenya.

In a partnership between KBL and Safaricom, the two companies have announced that they will work together to connect and enhance KBL’s coolers countrywide.

The connected coolers are wired with sensors which leverage on the Internet of Things (IoT) – the inter-networking of “smart” devices that collect and exchange data.

They will be provided free of charge to retailers and outlets countrywide.

KBL Managing Director, Jane Karuku, said: “Over the years, we have been looking to bring more efficiencies in our route-to-consumer channels and we have found technology to be a critical enabler.”

She added that they are moving towards improving their technology to be cutting-edge in manufacturing and logistics.

“We are redoubling our efforts in our marketplace as well, to ensure that consumers enjoy our products the way they should. This project will also enable us to extend our capability to track and invest in coolers and we hope that our existing products and innovations will reach consumers with minimal cost, delays and wastage.”

Safaricom’s Chief Enterprise Business Officer, Rita Okuthe, said that they developed an IoT solution that consists of devices installed in the coolers that will have sensors which will transmit various data to a platform which generates business insights.”

These insights will assist KBL to optimise the coolers.

“For instance, KBL distributors can now tell where their assets are located, if the assets are in use or not (on/off), whether the assets are at the optimal temperature and how many times the door of the cooler is opened. Over 2,000 coolers are already connected,” she added.

The giant telco says that it is looking ahead to 2020 aiming to be a digital partner of choice for businesses by providing solutions that improve the efficiency with which they do business, saving them money and therefore creating additional value for their end-users.

Besides the connected coolers project, KBL is already partnering with Safaricom in driving a cashless payment model among its distributors, who now transact on M-Pesa when dealing with retailers.

The new Internet of Things (IoT) network will tap into the Safaricom existing 4G network.

In the first half of the financial year 2019/2020, Safaricom invested Ksh 17 billion (US$ 170 million) in infrastructure by increased network rollout and acceleration of broadband and fibre deployment.

Under the new pricing structure, the company introduced three new options from US$40 for 3 Mbps monthly unlimited internet connectivity delivered through Safaricom Fibre. The other options in the new package include US$55 for 5 Mbps and USD150 for 10 Mbps.

Safaricom has already connected close to 3,000 buildings to its proprietary fibre infrastructure and plans to have another 1,500 buildings connected by March 2020.

In February this, Telkom Kenya and Airtel Kenya announced that they were merging to improve efficiencies.

While the merger has not gone through, their coming together will create the second-largest telco after Safaricom.

Airtel-Telkom will take on Safaricom which controls the biggest share of the market in the East African nation with 29.9 million users as at the end of September last year.

The loan was to also help Telkom invest in its Fibre-To-The-Building network which would dramatically improve services to SMEs and corporate customers.

The pilot will take place within the general area of central Kenya, some of which has been difficult to service, due to its mountainous and inaccessible terrain.

Deployment of the service was expected in 2019.

Telkom Kenya and Airtel have been jostling for the indisputable number two position in Kenya in the telco industry.

With the merger coming at a time when Safaricom is annexing its offering especially in cloud services and taxi-hailing, it only remains to be seen what the combined effort of the two telcos will do. 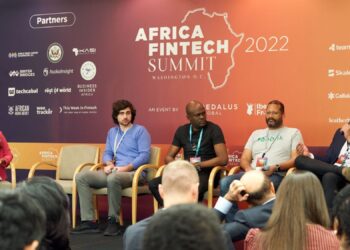