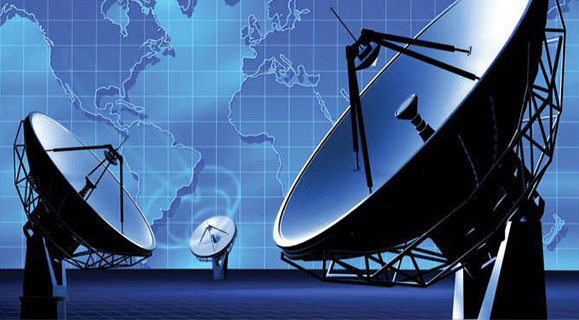 Telkom Kenya and Airtel Kenya wants to merge as Safaricom claims US$ 11.6 million from the two

by Chacha Mwita
in Kenya, Telcos
0
Share on FacebookShare on LinkedIn

The battle for Kenya’s telecommunication industry market share has intensified with the planned merger of Telkom Kenya and Airtel Kenya, the subsidiary of Indian telecom giant Bharti Airtel.

On February 8, 2019, the two telcos announced the signing of a binding agreement to combine their respective Mobile, Enterprise and Carrier Services businesses in Kenya into Airtel, which will see them trade as Airtel-Telkom.

The regulators have pegged their decision on ongoing investigations in past dealings at Telkom by the Ethics and Anti-Corruption Agency (EACC).

The anti-corruption body is investigating how the National Treasury surrendered part of Telkom Kenya ownership to French multinational—Orange, which later offloaded its stake to Helios.

The government has a 40 per cent ownership in Telkom. It is 60 per cent (majority) owned by UK-based Helios Investment Partners.

“The investigation centers on information that is material to the authority’s decision-making process. As a result, the authority has paused its analysis of the proposed merger pending the conclusion of the investigation,” CAK said in a statement to newsrooms.

However, what stands out most is an industry rivalry between the two and market leader Safaricom.

Telkom Kenya has accused Safaricom, a bitter rival, of having a hand in the delayed merger with Airtel Kenya.

According to Telkom Kenya CEO Mugo Kibati, Safaricom is sabotaging the process for fear of competition from the combined entity.

“It is unfortunate that Safaricom wants to delay this process that seeks to provide customers with more options,” Kibati said at a press briefing in Nairobi.

“We have to be careful as a nation not to result in a monopolistic telecommunication sector. It will reverse all the gains that we have had as a country. We want to have a competitive sector. We don’t want consumers manipulated with a price,” he added.

Airtel and Telkom plan to merge their mobile, enterprise and carrier services businesses in Kenya into one entity

The joint venture will have Telkom Kenya as a minority partner with a 32 per cent stake in ‘Airtel-Telkom’, with an option of going up to 49 per cent.

Telkom’s real estate business, mobile money and key government services will however not be merged with Airtel.

“We handle sensitive government business, that will not be going into the JV,” Kibati told The Exchange.

The combined entity will have a total of 17.4 million subscribers as the two strategise to take on Safaricom which has dominated Kenya’s telecommunication industry for more than a decade.

Airtel Networks Limited controls a market share of 26.1 per cent after gaining 2.7 percentage points in the first quarter of this year.

Telkom’s market share however dropped to 7.9 per cent from 9.0 per cent reported in the previous quarter (2018).

Combined, the two will have a market share of  34 per cent per cent in the country which has 51 million subscriptions, as of March this year, according to CA data.

To pave way for the merger, Telkom is expected to let go its staff where  at least 575 employees will be laid-off.

This will then be followed by the formation of Airtel-Telkom which according to Kibati, Telkom staff sent home will be considered for interviews and possible employment in the new company.

The laid off staff will go home with a send-off package each according to Telkom management.

Once in place, the Kibati will become chairman while Airtel Networks Kenya Chief Executive, Prasanta Sarma, will be appointed Chief Executive Officer.

In 1997, Safaricom Limited was incorporated as a private limited liability company with 40 per cent ownership held by Vodafone Kenya Limited.

For the last close to two decades, Safaricom has grown its market share in the country, with the help of its mobile money platform-Mpesa, making it a dominant player.

In 2016, Airtel tried to push regulators to declare Safaricom dominant. There has also been a push to separate Safaricom (the telco) and its Mpesa platform to become two different entities.

Kenya’s ICT sector has continued to register tremendous growth over the past years. According to Economic Survey 2019 edition, the sector expanded by 12.9 per cent in 2018, and this was mainly contributed by expansion of the digital economy which includes; mobile telephony, uptake of e-commerce and penetration of internet.

As at March 31, the number of active mobile subscriptions in the country stood at 51million up from 49.5 million registered at the end of last year.

Subsequently, mobile penetration rose to 106.8 per cent at the end of the period. Penetration level of above 100 per cent is attributed to multiple SIM ownership by consumers whose aim is to take advantage of the competing voice and or data plans offered by the various service providers.

During the quarter under review, Safaricom PLC posted a market share of 62.4 per cent in mobile subscriptions down from 63.3 per cent registered in the previous quarter.

On the other hand, Airtel Networks Limited gained 2.7 per centage points to post a market share of 26.1 per cent. Telkom Kenya Limited’s market share dropped to 7.9 per cent from 9.0 per cent reported in the previous quarter.

Another player are Finserve Africa Limited which lost 0.8 percentage points to register a market share of 3.4 per cent.

With a combined market share and merged services, Airtel and Telkom are expecting to give Safaricom a run for its money.

The accusation on Safaricom has opened a battle in the industry.

Safaricom now wants Telkom Kenya and Airtel to pay a Sh1.2 billion (US$ 11.6 million) debt before the two companies are allowed to merge.

Safaricom Acting CEO Michael Joseph says since Airtel said it will not take up Telkom’s liabilities, it will be difficult to chase those debts after the merger.

In a letter to the Communications Authority of Kenya (CA), Safaricom said Telkom owes Safaricom Sh906.6 million (US$8.7 million) while Airtel has a Sh390.7 million(US$3.8million ) debt for interconnection, co-location and fibre services.

“We request the Authority’s intervention in ensuring that all the outstanding debts owed to us in relation to the said services are paid in full as a prerequisite for the approval of this transaction,” Joseph said in a statement this week.

The telco (Safaricom) says it believes in competition based on innovation, investment, focus on brand building and service to the customer.

“Industry players are free to engage and organize themselves as they please, subject to regulatory approvals, to achieve their objectives,” Joseph said.

Safaricom worked with the industry regulator Communication Authority of Kenya and Airtel Kenya in 2014 during a similar transaction when Essar Telecom sought to exit the market.

“While we are supportive of industry changes that seek to deliver greater choice and value to consumers, we have raised valid concerns that we hope the regulator will consider and address as part of the approval process,” Safaricom says.

Given the size of Safaricom’s customer base in comparison to the current spectrum holdings, it is apparent that the transaction will create a disproportionate imbalance in the spectrum allocation, which will be inconsistent with the market share, Safaricom has argued.

Safaricom now says there is need for equal treatment of operators and creation of a level playing field within the industry, specifically in relation to licensing and operations requirements.

With the ongoing accusations and counter accusations, the battle line has been drawn in Kenya’s telecommunication industry and what consumers will do is just wait and see what will unravel.

How Johnson&Johnson, Amref are tackling cancer in Kenya

How Kenyan bank is empowering women