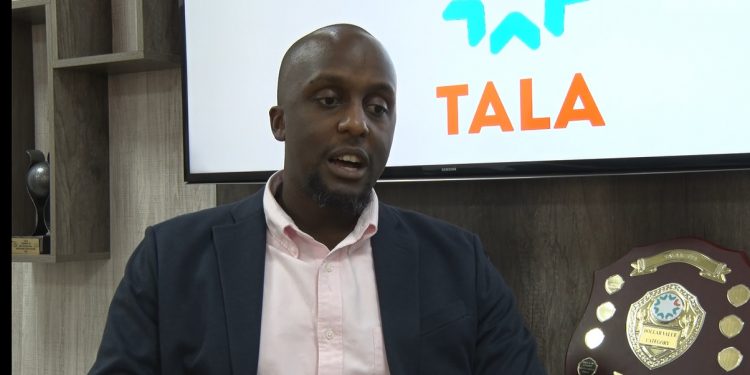 Tala plans jumping into the sector which is colonised by sharks

by Njenga Hakeenah
in Fintech, Kenya
0
Share on FacebookShare on LinkedIn

Insurance claims the world over are riddled with stories of pain and corruption making it a high risk bet getting into the sector.

However, the fintech industry in Kenya seems to be getting into the game to try and outsmart the cons while making claims hassle-free and less painful for those who need the money.

Pioneering digital lender in Kenya, Tala, is planning on jumping into this sector which is colonised by sharks who are out to make a kill no matter what. The double-edged sword kind of financial sector is however a lucrative market for the lender who has been in Kenya for the past five years.

For the sector whose demands are evolving by the day, Tala is promising a disruption in the market that has given them the means and confidence to expand into other markets.

The company considers Kenya a worthwhile market to invest in since more than 70 per cent of Kenyans have no formal insurance cover.

Tala says that the insurance sector is ready for a revolution to address the gap that has not been sufficiently covered for long.

The digital lender launched in Kenya in 2014 and 5 years down the line, the changing fintech lending landscape is informing a rethink of the services being offered and calling for more innovations in the Africa’s Silicon Valley.

According to Tala East Africa General Manager, Ivan Mbowa, Kenya’s digital lending market coincided with the start of digital credit financing but the dramatic changes over the past five years cannot be ignored.

With market where the lenders are increasing, more credit is becoming available meaning that the players have to think beyond the basics if they are to remain competitive.

Tala prides itself in being a pioneer in the digital lending space. Mbowa opines that with the changes happening in the sector, only the fittest ones will survive the increasingly crowding of the sector.

“We need to see other places where fintech can play a role especially on payments, savings and insurance in the next five years,” says Mbowa.

In partnership with Turaco, Tala is currently piloting a micro insurance product. While the product piloting is still in the early stages, Mbowa is optimistic that they will be able to launch it for the mass market.

Kenyans are apathetic towards insurance mostly due to the stressful situations they have to go through when claiming their money. Another challenge to insurance uptake is the lack of disposable incomes among many Kenyans making it hard for Kenyans to afford insurance cover.

Mbowa adds that to make the process smoother, Tala will have tech will play a large part of their insurance product.

“Customers could have a turnaround in 48 hours,” he adds.

Tala’s approach seeks to eliminate paperwork and hasten the claims processes. For customers make claims, all they need to do is send the discharge summaries on WhatsApp and expect the claims to be processed within 48 hours.

Why Kenyans are not insured

Only 25 per cent of Kenyan adults are insured according to a survey dubbed Wakenya which was released last year.

The survey by Consumer Insight also noted that 66 per cent of those interviewed had no form of insurance.

Kenyans said that not having money, lack of knowledge and being uninterested were some of the reasons they did not have insurance. Others thought that it was expensive.

For those who are covered, the National Hospital Insurance Fund (NHIF) which is a national scheme covered 81 per cent of those interviewed.

Despite the government scheme having the highest number of clients, the coverage has been discriminatory where many feel that it favours public servants at the expense of those who make voluntary contributions.

With corruption at the NHIF costing the taxpayer billions of shillings, the scheme has become a cash cow for some. This increases the apathy that people have towards insurance cover leading to many resorting to fundraisers to pay medical bills.

With a majority of Kenyans living under the poverty line, health insurance is the best bet.

East Africa coffee to be hit by Nestle's 'Glyphosate Storm'