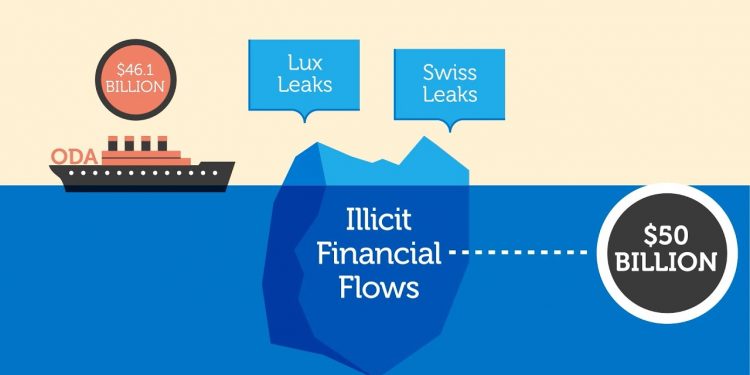 Africa loses $50 to $60 billion each year through illicit financial flows.

The National Treasury Acting Cabinet Secretary Ukur Yatani has provided the much needed shot in the arm for the Kenya Revenue Authority (KRA) efforts to tackle illicit financial flows through the Yaoundé Declaration.

“KRA is encouraged by the Government’s swift moves to prioritize the signing of international treaties that will accelerate efforts to curb international tax evasion,” Githii said.

In a communique to the Chairperson of the Global Forum on Transparency and Exchange of Information for Tax Purposes Ms Maria-Jose Garde, Yatani said Kenya has joined the Yaoundé Declaration and will support its commitments.

“Recognizing that an initiative by the African Union on tax cooperation and illicit financial flows to enhance domestic resource mobilization, with the support of the Global Forum and its African members, in collaboration with the United Nations Economic Commission for Africa, Regional Economic Communities and the African Development Bank would be a decisive step forward, I hereby join the Yaoundé Declaration and add Kenya’s weight to its commitments,” Yatani said.

He added that: “Kenya is encouraged by the Yaoundé Declaration and its call for action to tackle illicit financial flows in Africa through improved international tax cooperation. This is a clear message from African Ministers on the fight against tax evasion, which we need to enunciate at the right level across the continent.”

According to the Organisation for Economic Co-operation and Development (OECD), the global landscape for fighting tax evasion and avoidance has changed substantially over the last few years.

Countries that are destinations for these flows, including financial centres in Europe, Asia, America, the Caribbean and Pacific, now participate in the global effort to improve tax transparency and EOI for tax purposes thus helping to develop countries to prevent the outflows and identify the people involved.

A recent report from the African Union and United Nations Economic Commission for Africa’s High-Level Panel on Illicit Financial Flows from Africa has focused attention on the scale of IFFs from Africa.

It estimated that Africa loses $50 to $60 billion each year through IFFs.

The report also identifies ways to tackle IFFs, including through EOI and improved international tax cooperation.