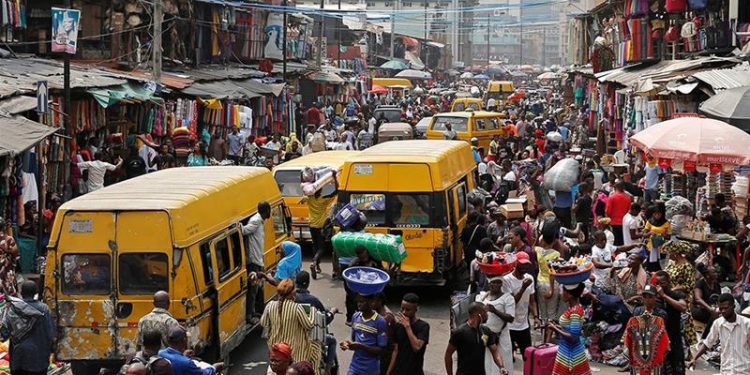 NIgeria is Africa's largest economy and populous country, with over $ 420 billion GDP could face an economic contraction in the second quarter.

by Padili Mikomangwa
in Nigeria
0
Share on FacebookShare on LinkedIn

Nigeria, Africa’s largest economy which performed well in the fourth quarter of 2019, since the 2016 recession, could contract in the second quarter in 2020.

The possibility of a contraction is backed by, three gauges of business activity that pointed to difficulties the central bank face in trying to stave off a recession in Africa’s largest economy, according to information from Bloomberg News.

As Nigeria struggled to recover from a 2016 contraction is set to slow down economically, due to the lockdown rolled in to curb coronavirus spread.

According to Stanbic IBTC Bank and IHS Markit’s purchasing managers index rose slightly to 40.7 in May from 37.1 the previous month, suggesting economic conditions are worsening even as the government relaxes a lockdown in key cities to curb the spread of the virus.

However, according to Bloomberg News, Gbolahan Taiwo, an economist with Stanbic, said in a statement released on Wednesday, that “We expect the PMI reading will continue to pick up over the coming months as economic activities continue to rise, however, it will mostly remain below the 50 mark, which signals a contraction,”

On the other hand, according to an African economist—Boingotlo Gasealahwe, the PMI factor suggests a deep contraction in growth, despite easing the lockdowns.

“With business confidence still weak, this is likely to persist –resulting in an overall contraction for the year. This is at odds with the CBNs expectation. Although they have announced a number of stimulus measures, exchange rate restrictions continue to weigh on growth. They also continue to stoke inflation,” he said.

Further, the lender expects the economy to contract 3.3 per cent this year on lower oil prices and the fallout from the coronavirus pandemic.

Hence, as a measure to stimulate the region’s biggest economy, Godwin Emefiele Central Bank Governor unexpectedly cut its benchmark lending rate to 12.5 per cent from 13.5 per cent, which was the first-rate cut since March 2019.

According to Bloomberg News, the central bank’s manufacturing PMI fell to 42.4 in May, indicating a contraction in the sector for the first time after positive readings over 36 consecutive months.

The manufacturing PMI compiled by Lagos-based FBNQuest Capital fell to 43.3 in May from 45.8, with all sub-indices falling as well.

Hence, according to information from Reuters, there are multiple factors in the largest economy prospects, the Nigeria government anticipates the economy to contract by at least 8.9 per cent, but Central Bank Governor said they could avoid a recession.

By the help of fiscal and monetary policy measures put in place by the authorities, Emefiele said the economy could contract in the second and third quarters but recover in the fourth.

Also, the central bank has kept interest rates tight for the last two years to curb inflation, support the naira and attract foreign investors to its debt market.