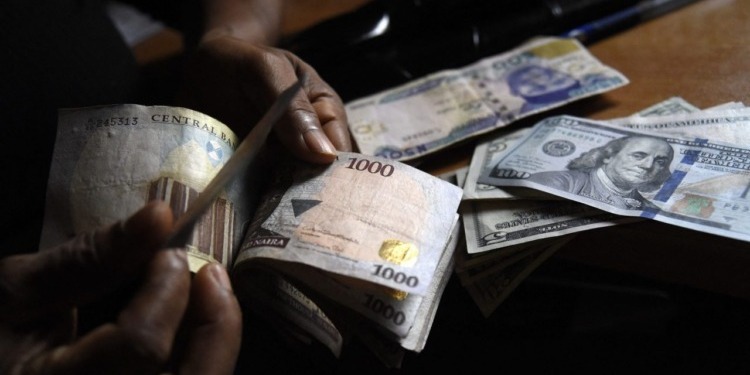 The Nigeria Country Risk report which has been released by Fitch Solutions has projected the West African country’s economy to grow by 2.8% in 2022.

This is on the back of stronger household spending and an increase in crude oil export value.

The projections were made following expected growth of 2.1% in 2021 from the 1.9% contraction recorded in the previous year, which was affected by the covid-19 lockdown measures.

According to the report, government consumption is expected to rise in the coming year, based on the 2022 budget announcement by the Finance Minister.

It also hinges the projections on increases in fixed investment and oil exports.

However, the downside to the projection includes a sharper economic slowdown in China and the emergence of vaccine-resistant strains of the covid-19.

According to data published by the National Bureau of Statistics, the real GDP growth accelerated for a third consecutive quarter to 5.0% y-o-y in Q221, from 0.5% Q121.

“However, the Q221 data point to a modest economic recovery, considering that real GDP contracted by a substantial 6.1% in Q220 (in quarter-on-quarter terms real GDP contracted by 0.8% in Q221, indicating that the economy remains in a fragile state). Nevertheless, the Q221 outturn was moderately higher than we had anticipated. Reflecting this, we have adjusted up our real GDP growth forecast for 2021 from 1.8%,” the report reads.

They noted that they expect some lockdown restrictions to remain in place in the coming months, given Nigeria’s low vaccination rate (at the time of writing, just 2.4% of Nigeria’s population had received at least one dose).

“These measures will prevent stronger rebounds in private consumption and fixed investment, which we believe will add 1.2% points (pp) and 0.3pp to headline growth respectively. Weak production of oil (88.7% of exports in 2020), which our Oil & Gas team expects to fall by 1.8% in 2021 due to OPEC+ restrictions and limited investment in production capacity, will see net exports subtract 2.4pp from growth,” they added.

On the other hand, the oil sector contracted by 10.73% year-on-year, due to the decline in crude oil production.

However, the positive rally in the global crude oil rally is expected to drive Nigeria’s economic growth in the coming year, owing to increased forex earnings from crude export.

The International Monetary Fund (IMF) recently reviewed Nigeria’s outlook projection to a new 2.7% and 2.8% for 2021 and 2022 respectively.

However, the federal government of Nigeria disagreed, stating that it is not in consensus with the IMF’s economic growth projection of 2.7% for Nigeria, for the year 2021.

Zainab Ahmed, the Minister of Finance, Budget and National Planning,  made this known during the Nigerian Development Update Report launch for November 2021, tagged, “Time for Business as Usual”.

The Minister said Nigeria in the last three quarters of this year has hit a 3.3% growth and will improve to reach 3.5% by the end of the year.

“The presentation is based on the fact that the IMF have access but I do want to say much about that the projected growth of 2.7% for 2021 that the world bank has done. On a very conservative side, the three quarter 2021 today has witnessed about 3.3% and our projection is that we will be closing at 3.5% at the least for 2021, so we disagree on that term,” she said.

Mrs Ahmed, in August, stated that GDP growth of 5.01% recorded in the second quarter of 2021 by Nigeria is a sign the economic recovery is gradually picking up steam, citing that the services sector recorded a strong performance growing at 9.27% during the quarter, representing the fastest growth in the services sector since 2010.