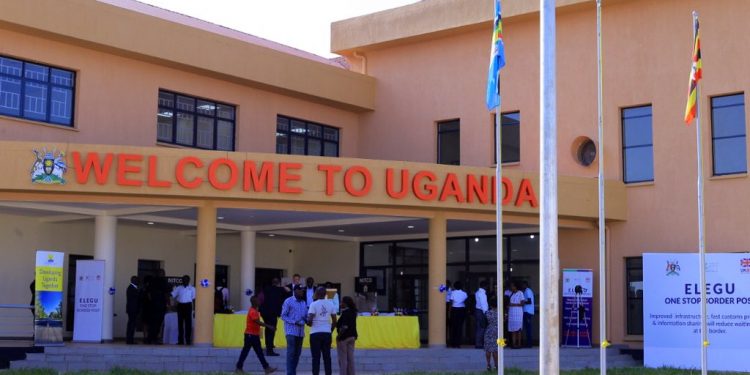 Uganda is hoping to increase its trade ties with South Sudan following the completion and handover of the first phase of Nimule one-stop border post (OSBP) to the Juba government.

South Sudan customs officials will managed the Nimule one stop border post. While Elegu, the Ugandan side of the border has for a while now been operating as OSBP.

The Minister of Trade, Industry and Cooperatives, Ms Amelia Anne Kyambadde described the project as “a very important development” for not just South Sudan and Uganda but the entire EAC regional trade.

“With opening of the Nimule OSBP, I expect an exponential rise in trade. We expect to grow our trade with South Sudan by close of the year by even $500million. We would like to see our traders form orderly associations so as to manage cross border trade well. This is important because the experience garnered here could act as a launchpad for the continental market—AfCFTA.” She said

Also Read: 13 proposals to EAC on how to ease doing business across borders

some key trade associations, including the Kampala City Traders Association and the apex body of the private sector foundation in Uganda, described the development of Nimule OSBP as long overdue. Though, they remained cautious, saying that the situation there remains a risky affair not until peace and stability is guaranteed in the neighbouring country.

TradeMark East Africa expects peace and stability to prevail in South Sudan as a matter of urgency for further investment to be injected into Nimule’s phase two.

Dr James Wani Igga, the Vice President of South Sudan said Nimule OSBP will play its role of easing trade but noted that the challenge to attain that goal will become evident in the transition phase.