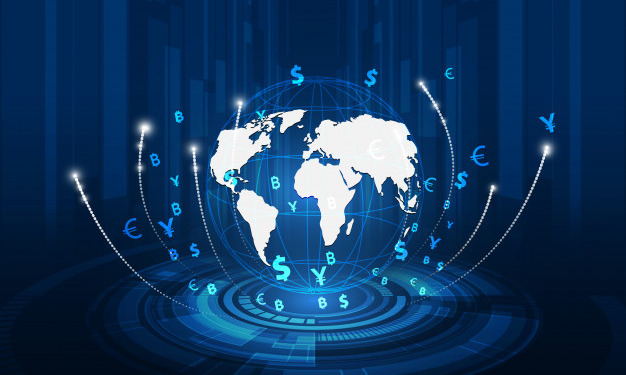 Sub-Saharan Africa remittances declined by an estimated 12.5 per cent to $42 billion in 2020 mostly because of a decline in remittance flows to Nigeria by 27.7 per cent.

Remittance flows to the Middle East and North Africa (MENA) region increased by 2.3 per cent to record about $5.6 billion in 2020 according to a report by World Bank.

The press release from World Bank noted that strong remittance flows to Morocco and Egypt strongly contributed to the growth.

In 2020, flows to Morocco rose to 6.5 per cent while flows to Egypt rose by 11 percent to record a high of nearly $20 billion. Tunisia also recorded an increase of 2.5 per cent.

According to the statement, other economies in the region experienced losses in the same period such as Iraq, Lebanon, Djibouti and Jordan which led to a double-digit decline.

With weak outflows from the Gulf Cooperation Council (GCC) countries and moderate growth in the Euro area, remittances are likely to grow in 2021 by 2.6 percent.

In the fourth quarter of 2020 the cost of sending $200 to the region fell slightly to 6.6 percent, the bank noted.

“Costs vary greatly across corridors: the cost of sending money from high-income countries of the Organisation for Economic Co-operation and Development to Lebanon remained very high, mostly in the double digits. On the other hand, sending money from GCC countries to Egypt and Jordan costs around 3 percent in some corridors.” The report read in part.

On the other hand, in Sub-Saharan Africa remittances declined by an estimated 12.5 per cent to $42billion in 2020 mostly because of a decline in remittance flows to Nigeria by 27.7 per cent. Nigeria alone accounted for 40 percent of remittance flows in the region.

“Data on remittance flows to Sub-Saharan Africa are sparse and of uneven quality, with some countries still using the outdated Fourth IMF Balance of Payments Manual rather than the Sixth, while several other countries do not report data at all. High-frequency phone surveys in some countries reported decreases in remittances for a large percentage of households even while recorded remittances reported by official sources report increases in flows. ” The statement noted

According to World Bank, the closure of borders led to the shift from informal to formal channels which explains in part the increase in the volume of remittances recorded by central Banks.

The region remains the most expensive region to send money to with the cost of sending $200 averaging 8.2 per cent in the fourth quarter of last year. Despite the region experiencing high intra-regional migration, it is expensive to send money from South Africa to Botswana which costs around 19.6 per cent, Malawi around 16 per cent and to Zimbabwe about 14 per cent.

The bank also noted that in 2020, remittance flows to low and middle-income countries reached $540 billion in 2020 which is 1.6 per cent below the recorded $548 billion recorded in the previous year. The decline in 2020 was even smaller than the one recorded during the global financial crisis in 2009 which recorded 4.8 per cent in remittance flows.

The bank also noted that in 2020 it was also far lower than the fall in foreign direct investment (FDI) flows to low- and middle-income countries which fell by over 30 per cent excluding China.

This resulted in remittance flows to low- and middle-income countries to surpass the sum of FDI which is about $259 billion and overseas development assistance of $179 billion in 2020.

“With global growth expected to rebound further in 2021 and 2022, remittance flows to low- and middle-income countries are expected to increase by 2.6 per cent to $553 billion in 2021 and by 2.2 per cent to $565 billion in 2022. Even as many high-income nations have made significant progress in vaccinating their populations, infections are still high in several large developing economies and the outlook for remittances remains uncertain.” The World Bank said.