According to the Mozambique president and SADC Chairperson Filipe Jacinto Nyusi, the Southern African Development Community (SADC) has made significant progress in strengthening its efforts to integrate its economies and promote peace and security among the member states. 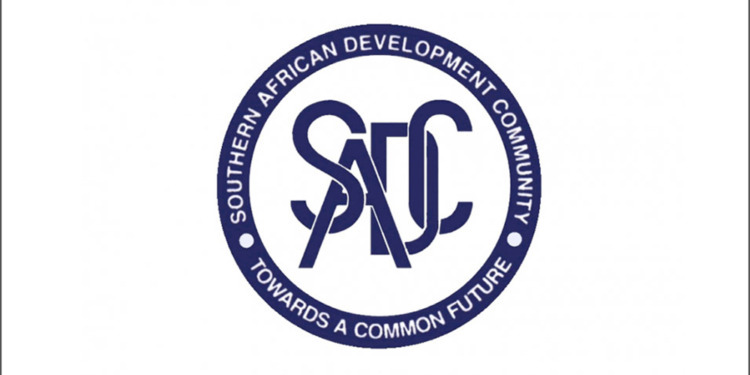 The SADC Chairperson who is also the President of the Republic of Mozambique, His Excellency Filipe Jacinto Nyusi, says the Southern African Development Community (SADC) has made significant progress in strengthening its efforts to integrate its economies and promote peace and security among the member states.

Speaking in the foreword to the SADC 40th anniversary publication titled, 40 Years of SADC of Enhancing Regional Cooperation and Integration a publication that brings to light the history of SADC and key achievements that the Region has made since 1980, The SADC Chairperson Filipe Nyusi said the bloc also takes the opportunity to hail its founders and thank them for their vision, dedication, courage and values, which the Region has inherited.

The publication that was launched in Maputo, Mozambique, on June 23rd, 2021 during the Extraordinary SADC Summit of Heads of State and Government was Published by the SADC Secretariat in conjunction with the Southern African Research and Documentation Centre (SARDC),

The publication, 40 Years of SADC: Enhancing Regional Cooperation and Integration highlights the major milestones and achievements as well as the challenges encountered by the regional bloc over the past 40 years.

The publication seeks to highlight SADC achievements and milestones since the formation of the regional organization 40 years ago. With objectivity of showing how far SADC has advanced as a Region, with a focus on how regional integration has benefitted citizens, thus promoting greater awareness and participation by the people and their institutions in the process of regional development and integration.

According to the President of Mozambique and Chairperson of the regional bloc, The current generation of leaders wants to build on the Founding Fathers’ vision, values and achievements, and leave a united and prosperous Region for the next generations so that the youth can strengthen the integration of the Region and continent, and expand the achievements going forward, using their own innovations and technologies.

“We will bequeath to them a peaceful environment in which to live. A major achievement over the past 40 years has been SADC’s ability to remain peaceful, thanks to the gallant efforts of the women and men who protect our borders against internal and external aggression and criminal activities, as well as the strong political leadership provided by the Organ on Politics, Defence and Security Cooperation,” he said.

In relation to the intimate knowledge of historical developments across the Region, SADC has provided leadership whenever political challenges have arisen in Member States. Such timely interventions have helped to quell tensions in situations that otherwise could have worsened. The results of regional cooperation are very visible, especially in peace and security, which provides the basis for economic activities, and in infrastructure development, transport and communications, democracy and human rights.

Filipe Nyusi said throughout the 1980s, SADC was at war with apartheid South Africa which used military strength and economic pressure to prevent and destroy the progress of neighboring countries.

The frontloading of industrialization in the economic integration agenda through the SADC Industrialization Strategy and Roadmap 2015-2063 adopted in 2015 in Harare, Zimbabwe, is yet another example of the Region’s determination to integrate its economies and to claim its rightful place within the global economy.

Although endowed with some of the richest reserves of minerals in the world and other natural resources, SADC has until recently, ironically, been a net importer of processed goods because the bulk of its our resources have been exported in raw form.

“Our successes have been achieved in a large degree because we have begun to mobilize all productive human resources to work together, and to actively engage the perspectives of men and women, youth and those living with disabilities to play their part in regional development. It is said that ‘women hold up half the sky’ and we need to ensure that we are equal in that regard. One of our successes is our steady advance towards gender equality with more women actively engaged in decision-making at all levels in the public and private sectors, although we still have to address the serious challenge of the multiple roles expected of women, in parliament and Cabinet, in business, in the family and as care-givers.”

Continentally, H.E Nyusi said SADC has distinguished itself as one of the main building blocks of the envisaged African Economic Community. Together with its tripartite partners, the Common Market for Eastern and Southern Africa (COMESA) and the East African Community (EAC), SADC has led the way in showing what can be achieved when the different Regional Economic Communities (RECs) work together.

SADC also takes pride for remaining stable and peaceful over all these years. SADC is among the first African RECs to establish a regional standby force. The SADC Standby Force was formally established in 2007, consisting of military, police and civilian components to participate in peace support missions. The force attained Full Operational Capacity status in July 2016, and has been making progress in preparation for its distinct role in the regional and continental peace and security architecture.