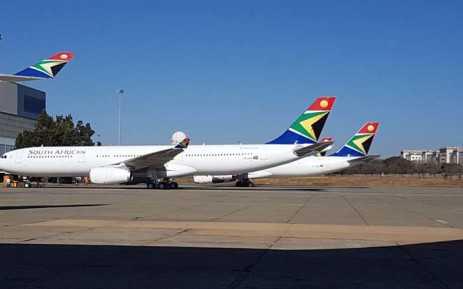 The move is part of the airline restructuring plan intended to support its transformation into a profitable and sustainable business.

The South African Airways (SAA) will stop all its flights to Entebbe International Airport effective end of this month. February flight schedule for remains unchanged though.

The move is part of the airline restructuring plan intended to support its transformation into a profitable and sustainable business.

“The initiatives we are taking now will strengthen SAA’s business. We believe that this should provide reassurance to our loyal customers that SAA is moving in the right direction. We are focused on our mandate to restore SAA’s commercial health and create an airline that South Africans will be proud of,” the BRPs stated further in the statement.

The statement further states that the changes are in line with SAA’s commitment to take urgent action to conserve money and create a viable platform for a successful future thus key measures need to be implemented now.

According to the statement, the key measures include the deployment of more fuel-efficient aircraft, targeted changes to the route network and organisational structures optimisation.

The airline has cancelled all other domestic destinations, including East London, Durban and Port Elizabeth, which will also cease operation by end of February. Domestic routes operated by Mango will not be affected. However, the SAA will continue to serve Cape Town on a reduced basis.

“All customers booked on any cancelled international and regional routes will receive a full refund. Customers booked on cancelled domestic flights will be re-accommodated on services operated by Mango. SAA does not intend to make any further significant network changes. And passengers and travel agents can, therefore, feel confident about booking future travel with South African Airways”. The statement reads further.