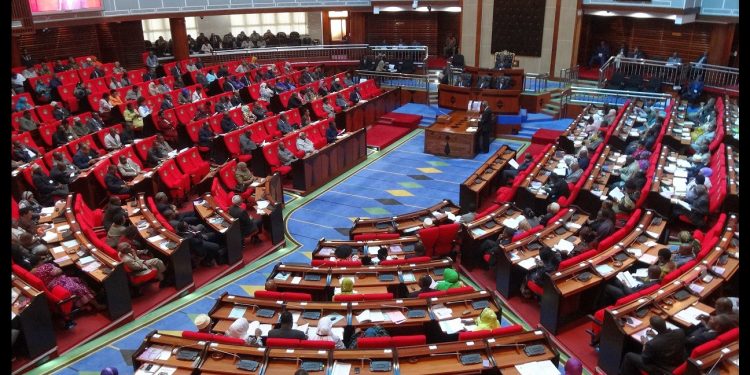 Parliament of the United Republic of Tanzania. [Photo/Peace Corps]

The Companies Act has not been amended in any significant manner other than to close any loopholes that may have existed regarding the “beneficial ownership” provisions and to re-enforce compliance regarding officers of the Company filing annual returns.

by Opinion
in Countries
0
Share on FacebookShare on LinkedIn

The Finance Act 2022 has been received with the sentiment that more could have been done to improve the business and investment environment namely undoing the many damaging laws that exist which make doing business in Tanzania perceived as highly risky by investors.

I will focus on the six areas of the law and attempt to analyse what the law means and its impact.

Firstly, I am a strong believer that poverty alleviation will be accomplished not by large foreign investors and multinational companies coming to invest in Africa, but by empowering the smaller companies and entrepreneurs who exist in millions and make up the largest proportion of the private sector in Tanzania. According to the Tanzania Chamber of Commerce, Industry and Agriculture (TCCIA), 95% of the businesses in Tanzania are Small and Medium Enterprises (SMEs), and they represent about 35% of the country’s GDP. Therefore, SMEs need to be given the attention and opportunity to nurture and allow them to scale.

Interestingly, individuals conducting professional, technical, management, construction and training services do not qualify for this presumptive tax system. It is unclear why this group of entrepreneurs are excluded from the presumptive tax system, which reduces the burden of filing annual returns under self-assessment and preparation of audited financial statements. The measure is discriminatory and in violation of the right to equality in the law as provided in Article 13 of the Constitution.

These changes are relevant for entrepreneurs that are trading as sole proprietors, however, entrepreneurs that are organised as companies benefit from no tax relief hence it continues to be quite difficult for them to scale and grow given that the tax system remains to be at 30% for the year of income. Given the rhetoric of the government that they would support small businesses and the trending topic of entrepreneurship in Tanzania, I think most were expecting to see more significant reforms than these.

It is unfortunate that the Finance Act of 2022 decided to remove the proposal under the Finance Bill of 2022, which introduced the distribution of revenue collected by the local government in the following portions:

Prior to 2022, there was a contribution of 4% of revenue collected by the government going to women, now there is nothing and there is no money allocated to entrepreneurship either.

The Companies Act has not been amended in any significant manner other than to close any loopholes that may have existed regarding the “beneficial ownership” provisions and to re-enforce compliance regarding officers of the Company filing annual returns.

The Finance Act of 2022 has amended the definition of “equity” to mean “paid-up share capital” at the end of a financial year. The previous definition of equity under section 12 (5) of the Income Tax included share premium and retained earnings for purposes of determining the debt-to-equity ratio which is legislated to be 7:3 in accordance with section 12 (2) of the Income Tax Act. The narrowing of the definition to only include paid-up share capital may pose problems to companies who are leveraged as the removal of retained earnings from the calculation of equity can distort the debt-to-equity ratio. Entities that are exempt from controlled residents may not be able to claim interest deduction in excess of the debt-to-equity ratio.

With regards to residents persons who carry out business and investment in both Zanzibar and Mainland Tanzania, the income tax has introduced section 77A which allows them to claim a tax credit on income tax paid in either Mainland Tanzania or Zanzibar.

It was my expectation that the government would deal with some of the low-hanging fruits that stop the government from fully singing the choir song of “We have a friendly investment climate”. For example, the restoration of the strong principle of the corporate veil, whose intention is to protect authorised company members/shareholders from being held personally liable for the actions of the company.

As it stands now, this principle has been totally eroded, trampled on and buried over the last few years due to the various amendments in the Companies Act, including the introduction of the arbitrary provisions under section 400A of the Companies Act.

Although the Finance Bill 2022 proposed the reinstatement of powers to the Minister of Finance to remit interest and penalties subject to consultation with the Commissioner General. The Finance Act of 2022 does not contain this amendment therefore the current system whereby the Commissioner General has the power to remit interest and penalties shall stay the same which has proven to work better than the previous pre-2016 system where the Minister of Finance had this mandate.

The Finance Act of 2015 introduced the possibility of the Government of Tanzania to grant certain projects whose investment capital was USD 300,000,000 and fulfilled a number of other conditions namely that the investment capital is registered at Tanzania financial service institution and Tanzania insurance and that the project generated at least 1,500 local employment, the “special strategic investment” status. The Finance Act 2015 provided for the Minister of Trade and Industries as the one to define the fiscal incentives for a given strategic investor which were submitted to the National Investment Steering Committee for approval and the Minister of Finance had the power of just transforming such into order and gazetting the same so they become law and binding.

The Finance Act of 2022 enacts special strategic investments that have been approved by the National Investment Steering Committee are exempt from income tax and also the same type of investor is exempt from value added tax on goods and services.

The Finance Act enacts a more transparent mechanism for exempting strategic investors and this is demonstrating good governance and democracy since the previous framework provided for an extraordinary mechanism of granting exemptions that was overriding existing laws.

The Digital Service Tax (DST) of 2% on turnover generated by non-resident service providers is proposed in the Finance Act 2022. While the intention of this new provision is for the government to benefit from the growing trend of business that is taking place on social media platforms like Instagram, WhatsApp, Meta, etc.

However, ride-sharing companies may also benefit from the Digital Service Tax since the foreign ride-sharing companies are not registered in Tanzania and merely benefit from a service provider agreement with a locally registered company. The new tax may benefit them as non-resident suppliers of electronic services, even though their business model is very different from the likes of Meta, WhatsApp, Instagram, etc.

The Tanzania Finance Act reduces some tax burdens on investors in certain areas:

Many artists in Tanzania complained that they simply were not being paid their royalties and that there were little to no enforcement mechanisms in place to ensure this.

The introduction of collective management organisations which are private companies that may be licensed by COSOTA is a good signal for the market and for artists since private companies may have more resources to effectively track artists’ work that is being used and may have better enforcement mechanisms to collect the dues on behalf of the copyright holders.

The Finance Act of 2022 has proved to be less ambitious than expected when it comes to private sector development reforms and improvement of the investment climate in Tanzania. It would have been an opportunity for the Government of Tanzania to really cement its position as being open for business and a friendly business destination had they dealt with some of the detrimental provisions that damage the investment climate in Tanzania.

Furthermore, tax reliefs in the form of reductions were expected for the hospitality industry. The Finance Bill of 2022 had proposed a reduction of the hotel levy from 10% to 5%, which is a great relief for the hotel and tourism industry in Tanzania which is only recovering now from COVID19. However, this was removed in the Finance Act of 2022.

Tax relief or a better legal framework for SMEs and start-ups would have been a major milestone for Tanzania’s private sector development agenda, however, the Finance Act does not address the heavy burden that start-ups and SMEs face when doing business in Tanzania and furthermore the proposed allocation of local government to the improvement of local entrepreneurship infrastructure was proposed, it was subsequently removed along with the contribution of local government finances to women entrepreneurs as well.

It would have been an opportunity for the Finance Act to enact amendments to certain Anti-Money Laundering Act and Economic Crimes Act provisions that treat tax offences as economic crimes or money laundering offences that are unbailable offences when they should be treated as tax offences that attract hefty fines and/or penalties.

Other areas that could have been amended are the problematic provisions of the Tax Administration Act including section 52(10) which provides that an objected assessment/decision is confirmed and subject to appeal if the Commissioner fails to determine it within 6 months of admission to name just a few.

I remain optimistic that the next Parliament seating will address some of the core issues that are hindering the investment climate in Tanzania and that the words and extensive PR efforts of the Government will eventually match the policies and laws on the ground.

Read: Tanzania: 2022 Foreign Exchange Regulations and what it means for traders, investors in EAC