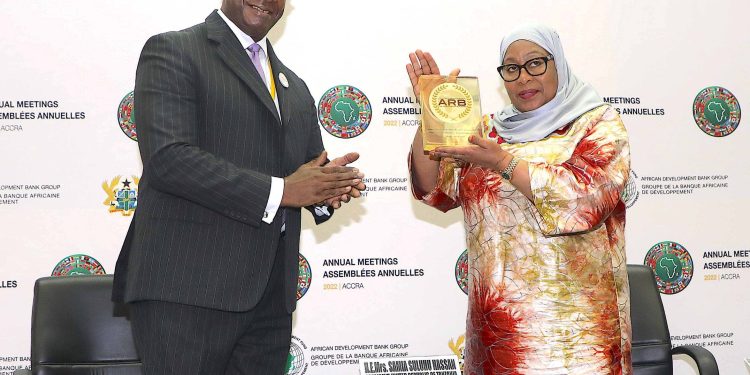 The Tanzania National Roads Agency (TANROADS) that is responsible for the improvement of roads, maintenance and development.

Tanzania has one of Africa’s longest road networks comprising of an impressive 86,472 km that span across the vast 947,300 square kilometres of land that make up East Africa’s largest country.

Tanzania’s road network is made up of some 12,786 km of trunk roads, 21,105 km of regional roads and another 52,581 km of district, urban and feeder roads. For a country that largely depends on road transport for travel and commerce, Tanzania has done an exceptional job of growing its road network over the last few years.

Notably, former President John Magufuli who was also the country’s former Minister of Works, Transport and Communications, was ever so keen on building the country’s transport infrastructure as the basis to the country’s national development agenda.

This visionary and ambitious stance earned him the nickname ‘Bulldozer’ and under his stewardship, Tanzania constructed a 2,624,7km-road network in just five years, that is about 600km per year.

In a media address the then Deputy Minister for Works, Transport and Communications Elias Kwandikwa acknowledged that; “Under the leadership of Dr Magufuli, the government has set out to diversify the economy and address infrastructural development issues hindering productive activities. Reliable roads are vital for people’s development.”

“Projects take many years, it is a continuous process. From the first to the fifth phase of government, a lot was done including expanding the road network and connecting various parts of the country…but in these efforts, one person has always been there and this is the late John Pombe Magufuli, my predecessor, who served in the third and fourth phase governments as Minister of Works and Transport before becoming the President, she said and described the late Head of State as, “the most deserving of all Tanzanians (to receive the award).”

The prestigious Africa Road Builders Babacar Ndiaye Trophy is organised by Acturoutes, an information platform on infrastructure and roads in Africa, and the Media for Infrastructure and Finance in Africa (MIFA).

Most recently the African Development Bank (AfDB) has been front and centre in its support of Tanzania’s road infrastructure works. Notably, AfDB has provided 290 million dollars to support the revitalisation of roads and other infrastructure works as well including railways and air transport in Tanzania.

As mentioned, AfDB has been leading the way in supporting road infrastructure works in Tanzania and evidence of this fact was the recent visit to the country by President of the African Development Bank Group, Dr Akinwumi A. Adesina.

The Bank’s President visited the country on the occasion of the official start of construction of what local media describe as ‘the historic project to build an outer ring road around the capital city of Dodoma.’

Last year, the Board of Directors of the African Development Fund (AfDB) approved another loan of around $116 million to Tanzania for the upgrade of a 160-km road corridor in the southern part of the country.

This enormous funding by the Bank actually served to cover 98.71% of the project cost; while the remaining 1.29% was met by the government of Tanzania. It is expected that the AfDB will continue funding Tanzania’s road works and other transport infrastructure especially given the country’s strategic geographical location.

Tanzania is the gateway into Africa’s interior and it is also the way out to the rest of the world via the Indian Ocean.

Tanzania: 2022 Foreign Exchange Regulations and what it means for traders, investors in EAC