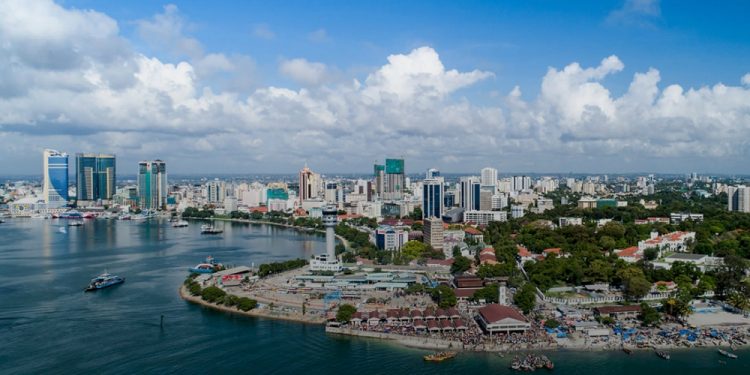 Tanzania is one of the African nation's with a fast growing economy: Umaizi:Exchange

The tourism sector is expected to resume with a bang as various strategies have been placed to ensure a smooth but cautious reopening.

Tanzania’s President John Magufuli has confidently provided directives to his government regarding the reopening of the economy, including tourism, sports, and education.

“The trend shows that coronavirus infections are declining,” said the head of state

President Magufuli who is also the Southern African Development Community (SADC) chairman, gave various directives during a swearing-in event of Tanzania’s ambassadors to Kenya, Algeria and Mozambique and the deputy health minister, at the State House in Dodoma.

Since March, schools, colleagues and universities were shut down as part of the government of Tanzania measures to curb the virus. Hence, due to the less-threatening trend of COVID-19 patients in Tanzania, as argued by Magufuli last Sunday, universities are slated to open by June 1 2020.

“With the fall in Covid-19 cases, we have decided that universities should reopen on June 1, 2020. The relevant ministry should make all necessary arrangements within these nine days so that when students return, they should have all their requirements, including loans for those who are eligible…I have announced well in advance so that you can prepare accordingly,” he said.

However, the reopening for secondary and primary schools will be subjected to further scrutiny.

“As for other secondary and primary school students, we need time so we can see the trend. We will then give them time accordingly,” he said.

Further, President Magufuli also recommended the incorporation of crash programmes to keep them engaged in their learning path

Tanzania has already begun setting necessary measures to kickstart the tourism and the air travel industry, including setting a travel advisory and standard operating procedures regarding tourism operations.

According to information from The Citizen, on May 20 2020, the Tanzania Tourist Board (TTB) highlighted that Tanzania expects tourists from at least four countries to start arriving in the country anytime from this month to July.

Hence, backing up the no-lockdown measure, Magufuli argued within the lines of herd immunity which he said “Experts say herd immunity increases when there is contact between people. If you lock people inside, their immunity falls by 30 per cent according to the literature that I have seen.”

“Some chartered aircraft are fully-booked with tourists until August. We cannot leave this chance to pass,” said President Magufuli.

However, the head of state said that those coming will not be subjected to the mandatory 14-day quarantine so long as their bodies’ temperatures do not show anything unusual.

“Even if they want to see how we conduct steam inhalation, we can offer that as supplementary,” he said.

However, TTB noted that, among the expected nation’s  China, will bring at least 260 tourists in its first trip, while Czech Republic, Isreal, Malaysia and some European countries will also bring tourists to Tanzania, according to information from The Citizen.

The president has also said that all sporting events will also reopen on June 1, 2020, under cautious health measures to be provided by the health ministry.

“People must do some sports to remain physically fit, as for spectators. I leave that to the Health ministry and the Sports Ministry to decide on what should be done so that people can keep on observing social distance during the transition period. However, sporting events must start effective June 1, 2020,” President Magufuli said.

As Tanzania braces for its strategic unequivocally,  Magufuli expressed his hope for the government officials including ambassadors on their utmost devotion to fuel development for Tanzania.

Cheap flights coming to an end?