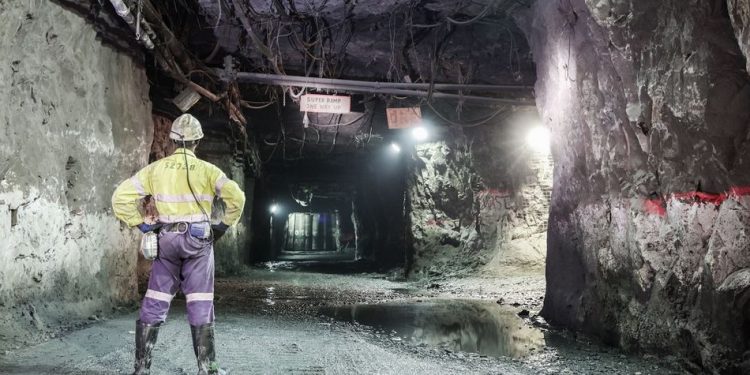 Acacia Mining: what next, after Tanzania resumes gold exports

The nation’s leading gold producer felt the export suspension after Government of Tanzania raised critical concerns over its mining operations in North Mara-one of its profitable mine.

by Padili Mikomangwa
in Economic Growth, Extractive and Energy, Tanzania
0
Share on FacebookShare on LinkedIn

Tanzania has recently lifted its halt on Acacia Mining exporting its gold which was issued on March 3rd 2017.

The leading African gold miner with over 15 years, faced the suspension after Government of Tanzania took a keen eye on its mining operation in North Mara, located in the northern part of Tanzania.

Acacia published a press release on August 9th documenting the good news relayed by the Mining Commission of Tanzania.

In a previous press release published by Acacia indicated that government issued a letter to Acacia on July 12th officiating the suspension until the completion of the inspection by the Mining Commission of Tanzania and export permits will be issued following the inspection.

The green-light from the government came after the flag-bearer of the nation’s lucrative industry faced controversial moments with the government, including disputes over unpaid tax-(including the USD 300 million Tanzania claims), environmental regulation violations, money laundering, and corruption.

The London and Dar es Salaam Stock Exchange (DSE) listed company comeback, might stand as a silver lining for both parties (Tanzania and Acacia) to generate wealth on mutual grounds.

The leading gold producer in Tanzania with USD 664 million as revenue, according to its 2018 preliminary financial highlights. Stands to revamp gold exportation and sustain Tanzania’s spot after Ghana in gold producing.

However, the “absolution” makes Acacia which is 63.9 percent owned by the Canadian miner Barrick Gold Corp-the world’s second gold miner, trade on a tough but necessary path to instill good business cooperation with government and restore standard operation procedures in all of its revenue attracting mines in Tanzania.

In the context of the mining operations, still, the Mining Commission of Tanzania, reserve some concerns on Acacia operations in North Mara, as indicated on their recent August press release.

“Acacia notes that today’s letter also states that the Mining Commission believes that certain provisions of the Mining Regulations, 2010 were violated and directs the North Mara mine to submit a feasibility study report and current mine plan for its approval by 16 August 2019” it reads.

Over a decade, Acacia has produced over 10.5 million gold ounces in Tanzania, making it the largest producer of gold. Further, Acacia has indicated for production to be higher by 10 percent in 2019, producing approximately 370,000 gold ounces.

Following the downturn of Bulyanhulu which is remaining on reduced operation with monthly production costs of USD 2 million, Acacia could draw billions from North Mara and its ongoing explorations across Tanzania.

In the preliminary results Acacia noted for bright prospects to be gained. “we continued to demonstrate our long-term commitment to Tanzania and its mining industry, contributing over US$127 million in taxes and royalties, spending over US$273 million with local suppliers in Tanzania, achieving a rate of 97% local employees and investing US$8.8 million in our Sustainable Communities strategy to improve the lives of those living near our mine sites” it reads.

Things could turn bright for Acacia, especially after a high-possibility of a buy-out involving Barrick Gold Corp and its concerns to settle outstanding disputes involving Acacia Mining Plc and Government of Tanzania, which retain the same commitments agreed in October 2017 including, creation of a local operating company to manage Acacia’s operations in the country, a 50/50 economic benefit sharing and Tanzania share being in royalties, taxes, and 16 percent free carry interest in Tanzania operations, and payment of $300 million to the Government of Tanzania to resolve outstanding tax claims, to be paid overtime on terms to be settled by the parties.

“I am pleased to announce that Acacia achieved a 51% increase in production in the second quarter of 2019 compared to Q1 2019, following the successful implementation of our revised mining plan at North Mara for both the underground and open-pit mines which saw production at the mine increase by 80% over the period. Overall, we achieved gold production of 158,774 ounces in Q2 2019 with a particularly strong quarter from North Mara, which set a monthly production record of 47,849 ounces for the month of June” Peter Geleta, Interim Chief Executive Officer, quoted in the press release.

Recently, August 15th via press release, Acacia noted that exports permits are now relayed to them through The Mining Commission of the  Tanzanian Ministry of Minerals.

Still, Acacia Mining conducts explorations in discovering other potential mines across Tanzania, which Acacia has interests in the Lake Victoria Goldfields hosting over 50 million ounces of gold.

Tanzania and Acacia: The Mining Ban that produced millions

Tanzanian President, John Magufuli is now at the helm of SADC