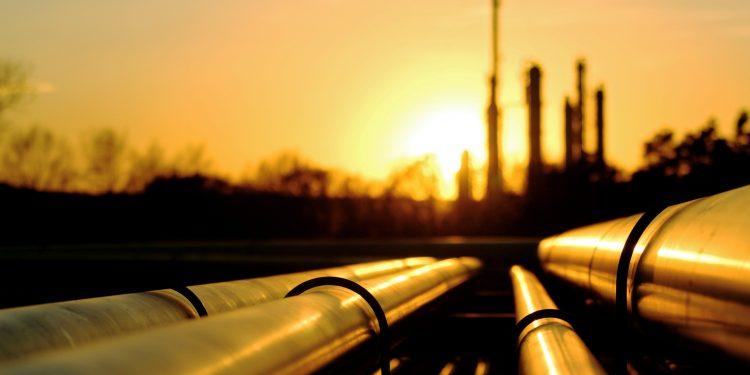 Oil and Gas Development - The Exchange

Tanzania's 3rd Oil and Gas Congress is slated to bring in investors from around the globe. With more than 57.74 Trillion Cubic Feet (TCF) of natural gas reserves, the opportunities are endless.

Over the past decade, Tanzania’s oil and gas industry has demonstrated astonishing milestones in energy generation and consumption, demonstrating that an industrialized Tanzania might be a feasible ambition for East Africa’s fastest-growing economy.

Since Tanzania discovered natural gas in 1974, remarkable developments have been achieved. These include saving over $ 10 billion USD, used in purchasing heavy fuel oil (HFO) and other fossil fuels (diesel and petrol in particular) for industrial production and power generation.

According to the Ministry of Energy, until May 2019, the Tanzania Petroleum Development Corporation (TPDC) had collected over $ 210 million USD (from gas sales and exploration), exceeding the intended target of over $ 171 million for the fiscal year 2018/ 2019.

Currently the energy arena in Tanzania seems to be working positively. The upcoming Oil and Gas Congress (commencing on 2nd and 3rd of October), anticipates profitable sectorial merits, necessary to expanding sustainable investments in energy development.

The respective context, begs the questions: how can Tanzania utilize the Congress’ investment opportunities and take a lead in the race for oil and gas investment in East Africa?

Due to the ongoing, oil and gas discoveries in the region, and first oil shipment taking place in Kenya (Tanzania’s largest trading partner in the region), the real question is whether delays in projects aimed at harnessing Tanzania’s energy sector will impact the country’s attempts toward excellence in achieving industrial growth.

The 3rd Oil and Gas Congress, comes forth with vital prospects for Tanzania to utilize effectively to strike strong business partnerships and show the world that Tanzania, is a remarkable ground for oil and gas investment, and has a growing number of national technocrats with tangible experience in the energy arena.

With the upcoming congress anticipation, this provides Tanzania with the utmost opportunity to eliminate underlying investment doubts, stimulate coherent partnerships and attract more companies to invest in value addition chain within the sector.

Congress lead organizers, Ocean Business Partners, and CWC highlighted that this year’s Oil and Gas Congress will draw vital players who left the industry, including Dodsal (a multinational conglomerate based in Dubai) and Bosch.

The Dodsal Group, which has served customers in Africa, the Middle East, Asia and Europe, has a long association with Tanzania which dates back to the 1970’s when Dodsal carried out construction work on the Tazama Crude Oil Pipeline, and the TIPER Refinery Extension in Dar es Salaam.

After expanding into the Oil and Gas Exploration and Production sector the Group signed a Product Sharing Agreement (PSA) with the Ministry of Energy and Minerals and the Tanzania Petroleum Development Corporation (TPDC) in 2007. As part of the acquisition, Dodsal inherited legacy data, before acquiring multi-fold 2D seismic data which provided a blueprint to drill three exploratory wells.

Twelve years on, Dodsal is embarking on the next round of drilling and appraisal. Despite the downturn in the global Oil and Gas markets, Dodsal has remained active in Tanzania.

As Tanzania keeps pulling in more delegates to the congress (325 in 2017, 520 in 2018 and over 600 delegates expected in 2019), it is time for TPDC, Ministry of Energy and other decisive-sectorial government parastatals, to initiate tailored relationships with industry-giants and technocrats to transform Tanzania into a major energy hub in East Africa.

“We are very grateful to the Government of Tanzania and its Honourable Ministers for giving us this opportunity, and for the unstinting support we have received from our partners PURA, TPDC and other stakeholders.  We are very committed to the development of the Ruvu Block project and in moving it forwards we will apply Oil and Gas best industry practice throughout our operations, ensuring that we perform to the highest level of health, safety, environmental and social standards.” Dr Rajen A. Kilachand, Chairman of the Dodsal Group said.

Dodsal is committed to continuing the positive impact they’ve already made in Tanzania. They will continue to offer career opportunities to Tanzanian nationals in areas of geology and drilling, as well as other semi-skilled professions.

According to The East African Newspaper, East Africa holds 10.74 billion barrels of oil reserve, which could be harnessed for over 60 years (Kenya, Uganda and South Sudan).

In 2017 the United States Energy Information Administration found that natural gas reserves have grown substantially in Tanzania over the past decade.  Per the US EIA’s report, Mozambique holds about 160 trillion cubic feet (TCF) of natural gas in Rovuma offshore basin, while Tanzania holds 57 TCF in the Mafia deep basin.

At the moment, Uganda and Tanzania, are currently hinged on a $ 3.5 billion pipeline project (East Africa Crude Oil Pipeline-EACOP), with 1,445 km, stretching from Hoima (Uganda) to Tanga (Tanzania), attracting oil giant Total, Tullow Oil and China’s CNOOC in the project.

In Kenya, per a Reuters report, Tullow Oil and African Oil Company first discovered oil in 2012, within Lokichar, in Turkana County. The report indicates that reserves stand at approximately 560 billion barrels in proven and probable reserves, enabling a possibility to produce nearly 60,000 to 80,000 barrels-of-oil per day (bopd) of gross production, and perhaps extend to 100,000 bopd by 2022.

With respect to Uganda, authorities indicated that crude was discovered oil 13 years ago, whereby, according to estimates, 6.5 billion barrels of oil are in place. However, available data show, almost 1 billion barrels are recoverable under available conditions.

Within the East African Community, South Sudan is considered to be the third-largest oil-reserve in Sub-saharan Africa, with its oil fields capacity to produce up to 165,000 barrels of-oil-per-day.

With the race to produce first, we can see that Kenya beat out the rest of the nations, but the real question remains as to the longevity of this strength. While President Kenyatta is taking a lead to commercializing Kenyan oil to higher heights, it’s leaving Uganda and Tanzania to forge alliances ahead. Though current sentiments indicate that Total has already pulled out of the Hoima Pipeline construction. Regardless, hopes still stand high between Magufuli and Museveni to ensure that negotiations continue to ensure the pipeline project remains at hand.

At present, Tanzania is substantially performing quite well in the production and consumption of natural gas, by effectively utilizing two gas fields: Songo Songo and Mnazi Bay gas fields.

Tanzania is running on various projects that will supply, natural gas to power a growing number of vehicles in Dar e Salaam (as a pilot project) and homes, which stand to generate billions over time.

The Tanzania Petroleum Development Corporation (TPDC) displays rather remarkable efforts in the realization of the industrialization agenda, championed by Tanzania President John Magufuli.

This means, more efforts are required to explore and produce natural gas from other onshore and offshore gas fields.