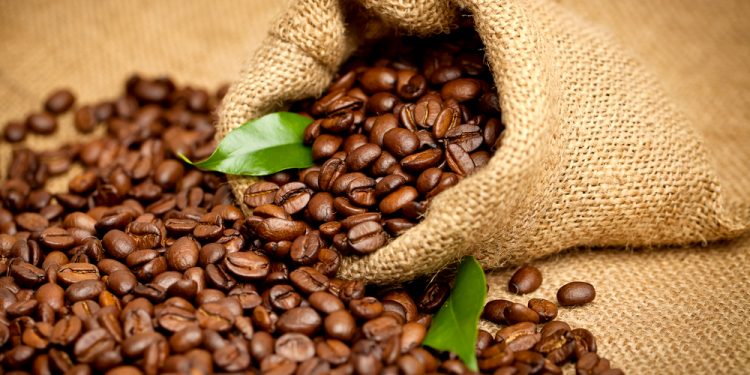 Coffee board projects production drop by 23 per cent in Tanzania

Coffee is one of the leading export crops in Tanzania

The country`s coffee production is projected to dwindle by 23 per cent in the 2019-2020 season.

Africa`s fourth biggest coffee producer, Tanzania said the overall production in coffee would drop by 23 per cent in the next period due to delayed rainfall in the Northern regions, according to the Tanzania Coffee Board.

The crop for the season that starts in July may decline to 50,000 tonnes, the Tanzania Coffee Board stated on Monday 13th May, 2019 in a statement. It said last month that the country had experienced dryness in many growing areas, and that farmers would start collecting crops in May in the Kagera and Mara regions of the country.

After missing earlier targets to boost production, the country is considering distributing seedlings to farmers in an effort to double supply in five years. Arabica coffee accounts for more than half of Tanzania`s output, and it mainly ships coffee to Japan, Italy, the US and Belgium.

A lower cycle will follow a bumper harvest this season. Auctions for the 2019-2020 crop will start in the Moshi region at the end of July, the board said. As far as the importing of coffee is concerned, Japan is the leading importer of Tanzania`s coffee with 12 billion kilograms of coffee worth Tshs.80.5 billion ($35 million) imported in 2015 according data from the Tanzania National Bureau of Statistics.

The decline in productivity is caused by a number of factors including low applications of fertilizers and poor investment, according to Tanzania Coffee Board`s acting director general, Primus Kimaryo. The Tanzania Coffee Industry Development Strategy 2011-2021 aims at increasing production to 100,000 tonnes annually.

According to data from the Tanzania Coffee Board, Tanzania earned over Tshs.180 billion ($80 million) from the sale of 65,000 tonnes of coffee collected in the 2018/19 crop season. Robusta coffee dominated the direct export, with 19,399 tonnes, constituting 78.9 per cent while 5,183 tonnes of Arabica coffee made 21.1 per cent of the consignment.

Outlining how each coffee producing region fared during the season, the board said Kagera led all regions, with production of 29,456.9 tonnes ahead of Ruvuma, Songwe and Kilimanjaro, which produced 16,104, 10,996 and 3,135.4 tonnes, respectively.

Also read:Why East African coffee is in danger of extinction

Why ARM Cement has been sold for $50 million