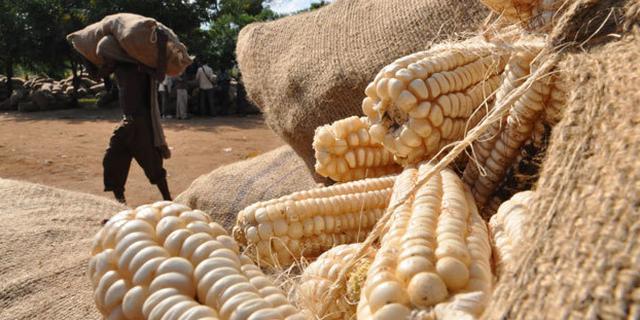 Even though East Africa’s two economic giants Kenya and Tanzania are seen as business rivals, the two conduct enormous trade between each other and least of all not been the trade of the staple, corn.

Reports show that the US imported goods from Kenya worth $41.8 million in June this year and guess which country comes next, Tanzania recording an amazing $31.6 million of Kenyan imports followed by Uganda at  US$28.3 million.

Reciprocating the deal, Kenya is now accepting Tanzania’s maize into the country after a long period standoff where Kenya had banned the import of Tanzanian corn. Kenya placed a ban on Tanzanian maize for alleged contamination of  Mycotoxins. 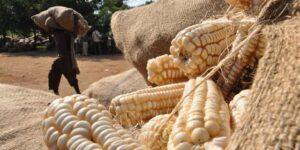 Mycotoxins are poisonous compounds produced by moulds that grow on foodstuffs such as cereals and nuts in warm and humid conditions. The most notorious of these are Aflatoxins, which are considered among the most poisonous mycotoxins.

Under the East African Community’s common market, safe rules have been which set standards for aflatoxins in maize and it is under these laws that Kenyan banned Tanzanian maize imports.

However, it is argued that the systems put in place for testing Aflatoxins are flawed. Kenya does not have a standard method for sampling and testing for aflatoxins.

This is critical because aflatoxin levels can differ between grains collected from the same sack. This was illustrated a few years back when various government laboratories came under scrutiny over results showing different levels of aflatoxins for grain samples collected from an imported consignment.

Another challenge is that laboratories don’t all use the same protocols. With the reopened import of maize, trade for the staple has shot up from 16,137 bags in April to a monthly record of 118,329.

Meanwhile,  Kenyan exports to Uganda have dropped drastically to US$51 million, which is almost half their annual amount and this is thought to be caused by the growth of the manufacturing sector in Uganda. So far, the trend has dropped from US$12.4 million in November last year down to US$8 million in June this year.

Commenting on the development, Kenya Investment Authority Managing Director Moses Ikiara, said; “Some of the products that Kenya was selling can now be manufactured in Uganda.”

Meanwhile, as the Uganda market dwindles, the Tanzanian market is picking up and it is a much bigger market.

For example, the Executive Director of the Private Sector Foundation Uganda Gideon Badagawa is of the view that there is a need to consider the long term benefits and/or negative effects.

“I don’t think it’s possible that after the aggregation of all Kenyan businesses in the insurance, retail and banking sectors and workers in the hotel industry, Tanzania would be ranked as a bigger trade partner,” Mr Badagawa told local media citing the need for Kenya to explore access to landlocked countries like Burundi, Rwanda, DRC and South Sudan.

Nonetheless, as matters stand, Kenya has been a leading market for maize and other agricultural produce from Tanzania.

Kenya has a large and growing demand for maize, its internal output does not meet its production and so it relies on maize from Uganda and Tanzania to meet its demand each year.

In 2020, maize production from Tanzania was 6,300 thousand tonnes enjoying an annual growth rate of 6.44 per cent. In fact, maize is one of the most important food crops in Tanzania, it comprises 45 per cent of the cultivated area making it the largest producer of maize in East Africa.

Tanzania is ranked among the top 25 maize producing countries in the world with maize accounting for more than 70 per cent of all of the country’s cereal output. However, Tanzania has the opportunity to grow the sector should barriers to growth be addressed.

There is the matter of trade policies that are seen to cause major limitations for the sector’s growth.= this includes limitations in the acquisition of export permits among other regulations. Then there is the issue of high taxes, costly export procedures, excessive transportation costs caused by poor infrastructure.

Then when it comes to entering international (and regional markets as well) there is the matter of standards. For example, whether it was politically motivated or not, Kenya was able to place a ban on Tanzania maize citing standard issues, the maize was allegedly affected by aflatoxin.

Poor storage damages the maize and if the maize is in a damp place then it stands a high chance of getting infected by moulds like aflatoxins.

According to the report, this increase in demand translates to 213 million MT of maize between 1997 and 2020 in developing countries compared with only 152 million MT of wheat and 120 million MT of rice.