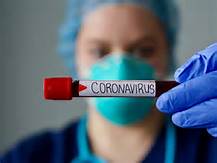 Cronavirus update: EAC trade down $380m in a week

Trade among East African Community (EAC) member has suffered a catastrophic blow losing USD380 million in the span of just a single week.

There is not an economy that has not taken a hit from the coronavirus pandemic and the EAC trade bloc is no exception. While no official order has been issued to close their borders, each of the EAC member countries has limited all manner of movement, goods included.

Trucks are still going through to deliver goods but as Tanzania and Burundi agreed last week, the truck drivers would stay quarantined for 14 days. While for Kenya on the other hand, the country has chosen to escort the drivers and their tracks to their points of drop off and back, no detours allowed.

While cargo on transit has been forced to slow down to almost a snail pace, movement of people has come to a complete stop, if you are not a truck driver, you are not crossing the border.

It only makes sense that some witty businesses have opted to use passenger buses to transport their goods.

The scenario at the popular Namanga border is that of a ghost town, the once busy one stop border post has little no movement. Lines of trucks dot the sides of the roads. Those that are moving are inching their way through slowly, almost reluctantly.

Shops are closed, restaurants have only their staff to feed guest houses and hotels are empty, locals say they have never seen anything like it, ever. If it were not for the need of trade to keep businesses alive, there wouldn’t be a soul to be seen at the meeting place, as the border used to be known.

Rightly so too, because every other border across the world is closed and for good reasons. So it only makes sense to allow only the most vital of needs to be transported across borderlines. After all the disease is spread by unknowing carriers and with a 14 days gestation period, one can’t be too careful.

Vehicle movement is down too cargo trucks only and those too are only allowed two passengers on board. Officers have gloves and masks, the scene at the boarder could be a picked out of any horror Hollywood blockbuster.

Drivers are required to stay in their vehicles at all times and once they cross the border they must strictly stick to their itinerary routes and after their drop offs they are required to repeat the routine back to the border where they are to report and undergo a medical checkup before they are allowed through.

While the situation is bad, it is feared it will only get worse, unless a cure is found and found fast.

Coronavirus: It's time we strengthened our resilience