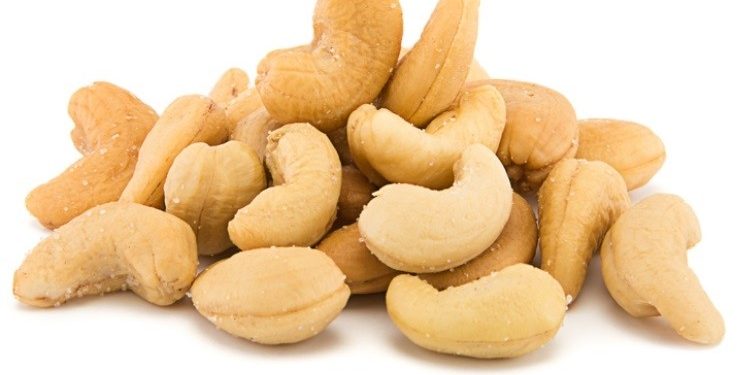 According to the Ministry of Agriculture, during the previous season, over 220,000 tons were collected worth of over $ 313.9 millionillion.

by Padili Mikomangwa
in Agribusiness, Tanzania
0
Share on FacebookShare on LinkedIn

The cashew nut season has just kicked off in Tanzania and the cash crop prospects are considerably getting richer, not only due to past learned experience but also, the strategy put in place by the Tanzanian Ministry of Agriculture.

Cashew nut has been the most foreign currency high earning crop in Tanzania. Available data from the Ministry of Agriculture, show that cashew nut generated over $ 565 million in the previous season 2017/2018, exceeding contributions garnered from cotton, coffee, and minerals.

Tanzania is one of the vital producers of cashew nut in East Africa and the rest of the continent at large, alongside Guinea-Bissau, Nigeria, Kenya and Ivory Coast.

Further, according to a report by Fresh From Kenya, on cashew nut industry overview in Africa (2018), indicated that: in 2011,  Tanzania scored 8th position on the global scale and 4th in the continent on cashew nut production output, while attaining the 6th position in 2016, but also highlighting that up to 15 per cent of foreign currency is fetched from the crop.

At present, the main cashew nut contributor corridor is located in southern part of Tanzania, in Mtwara region, which has seen various interactions of the sub-sector over the past decade, including commitments on improving farmers’ welfare and establishing processing plants to add value to the crop.

However, the last season (2017/2018), witnessed a rather complicated turn, whereby most competent buyers resisted purchasing cashew nut, which resulted into government intervention via the military assistance, to help farmers gain a decent price of their crops at $ 1.43 per kilo for first-grade cashew nuts and 80 per cent of the latter for the second grade.

Before the government intervention, farmers were to be paid $ 1.13 per kilo of first-grade cashew nuts, a price that undermined their efforts greatly and rather marred their welfare.

However, Deputy Minister of Agriculture, Omary Mgumba, assured farmers whom the government owed, that they will be paid full over $ 25.65 million before November 2019.

Deputy Minister added that, in the previous season, over 220,000 tons were collected worth of over $ 313.9 million.

In this season, the ministry anticipates collecting more than 290,000 tons of cashew nuts.

Earlier this year, during a parliamentary session, Minister of Agriculture Japhet Hasunga commented to the parliament various steps taken by the sector, including a 7.2 per cent rise in strategic crop production for the year 2017/2018, citing cashew nuts as one of the top-hitting crops in production.

Further, the ministry has also circulated more than 12 million seedlings across 17 regions cultivating the cash-crop national wide. However, via the cashew nut board, Tanzania anticipates producing over 10 million seedlings for year 2019/2020 to enhance production of the crop.

As of March 2019, the cashew nut board of Tanzania has registered more than 200,000 farmers, topping up with concrete measures to build a cashew nut processing facility with a capacity to process over 1,800 tons per year.

At the moment, Tanzania has experienced a promising lead in Gross Domestic Production contribution from agriculture of 26.1 per cent in the first quarter compared to 23.7 per cent in the previous quarter in 2018. Thus, ushering robust developments that add value to agricultural production is crucial to the sector’s growth

This season cashew nut goes live on the digital platform, whereby for the first time ever, the Tanzanian government, will be introducing the open digital auction platform, that will allow, all interested buyers to bid their stake into the auction, run national wide and globally.

“All buyers can participate, whether from India, Vietnam, Czechoslovak, America, New Zealand, Australia, they will all be able to patriciate” Minister Hasunga commented.

Further, a new measure will be put in place, to give a chance to local-industries, in need of cashew nuts for their industrial consumption (as raw material) and also, to industries involved in adding value to the crop, particularly cashew nut processing plants.

“Previously our industries had no capacity to purchase the crop, for processing due to inadequate storage facilities and funds to do so. Now, we are going to offer a deliberate priority to industries to feed their demands throughout the year respectively” Minister adds

The new digital platform will allow a potential buyer to get registered via the ministry platform, then bid their amount of cashew nuts (tons), strictly the platform will not disclose bidders’ price.

And yet, all cashew nuts produced in Tanzania will be cataloged according to their respective quality and grades. The auction will offer an opportunity for all players to bid within various periods in the auction, whereby according to minister Hasunga, the auctions will be taking two rounds per week.

During this coming season, Tanzania farmers will be holding power towards respective prices for cashew nuts as agreed by their unions. Neither a bidder nor any-third party will intervene to influence price changes, but also the information regarding prices will be known to farmers only.

The open auction will be digitally televised via public screens within designated public spaces and storage facilities, with sufficient interaction of stakeholders to witness in real-time all affairs executed on the digital auction.

Despite various challenges occurring in the sector, Tanzania stands to win or lose in this new path, depending on the strategies in place and the commitment invested to make billions out of the cash crop.

Thus, minister Hasunga highlighted before members of the press, success story of Rwanda on the latter while urging for collaboration with all stakeholders in realizing efficiency and betterment of cashew nuts farmers in Tanzania.

With the current, internet penetration (at 43 per cent) and other telecom services take up in Tanzania. It is with no doubt, that digital cashew nuts auction might set precedent to all crop marketing solutions.