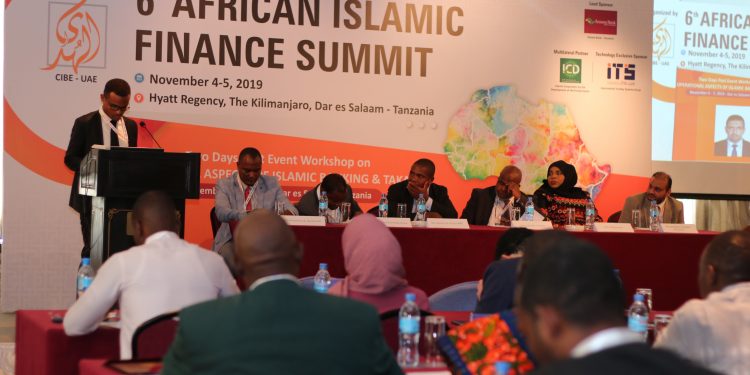 Islamic banking is poised for growth in Africa

The Islamic banking and finance industry landscape is $ 2.7 trillion in assets and projected to growth to $ 4 trillion by 2023

Tanzania is the host of the 6th African Islamic Finance Summit, which commenced on 4th November 2019.

In the commercial pulse, Dar es Salaam, attracting a diverse range of financial actors, not only from the Islamic banking and finance landscape from Tanzania and other 20 nations across the world, but also government parastatals working parallel with Islamic monetary institutions to streamline financial inclusion.

According to the summit organizer, Center for Islamic Banking and Economics (CIBE), the summit attracted more than 20 international speakers who will be displaying their valuable contribution for two days in various crucial topics of discussions.

Patently, the banking and financial industry of Tanzania as well as the surrounding areas of the sector, stand to gather useful information and insights on the Islamic financial sector and solutions to the escalating problems of the society, particularly to the banking landscape in Tanzania

The summit unveiled rather potent issues to stakeholders, that might transform the banking landscape in Tanzania if utilized effectively.

The Ministry of Finance and Planning, represented by the Permanent Secretary, Adolf Ndunguru (standing on behalf of the Deputy Minister of Finance and Planning), complimented the summit’s efforts to streamline and foster rather tangible links on the Islamic banking and finance models to enhance financial inclusion in Tanzania.

“Islamic banking is gaining ever-increasing operation and significance in Tanzania financial circles. Tanzania has a big potential for Islamic finance as well as for being an Islamic bank hub in East Africa,” Permanent Secretary adds.

Unequivocally, Mughal cleared the misconception that: Islamic banking is only for Muslims, hence—adding that: it is a financial system with sustainable financial systems, which is based on assets financing and prevails through financial crisis, citing the 2007 crisis, which left the latter rather stable over space and time.

“Tanzania has a largely rural population, which makes access to financial services a challenge and digital solutions ideal. The World Bank reports tells that 70% of the population resides in rural areas, and Financial Inclusion (FI) data shows that less than one-third (29%) of the rural population have active accounts (used in the last 90 days), whereas urban citizens are twice as likely to have actives accounts (61%).” He adds.

According to World Bank data Approximately 76% of Tanzanians live on less than $2 per day, with three-quarters of Tanzanians employed in the agriculture sector.

Taking a closer look at these gains, it is clear that, these groups are vital to improving Tanzanians’ financial lives, similarly to the existing fintech potential in Tanzania, which is growing significantly in Tanzania.

Further, he said that Islamic banking and finance is the best alternative to change the lives of the poor. Investing in Islamic Banking and Finance could mean a greater foreign investment that could result in enhanced global connectivity, improved job creation, socio-economic development, and poverty alleviation

The Islamic banking and finance industry have been taking potential and rather prosperous strides over time. Currently it has over $ 2.7 trillion in assets and it is projected to reach up to $ 4 trillion by 2023, while on the same note—Africa accommodates 150 operating Islamic banks across Africa.

This means that, Tanzania—which is emerging with a promising financial and banking frontier in East Africa, could co-exist with Islamic banking and finance to compliment the existing conventional industries substantially.

Africa is the cradle of Islamic banking, but almost 80 per cent of the banking and finance operations are taking place in the Middle East and Asia.

READ:Islamic banking is not only for Muslims- Alhuda CIBE MD

According to Yassir Salim, Secretary-General Center for Islamic Finance, Compliance and Advice (CIFCA), Islamic finance frontier has distinct features friendly to the ordinary population (or rather the unbanked population) compared to the conventional financial institutions, whereas—despite being guided by Islamic economics, Islamic banks offer  services to their customers free of interest, which gives them a fundamentally different (or rather competitive advantage ) from other players in the Tanzanian banking landscape.

However, the former Controller Auditor General of the United Republic of Tanzania (CAG), Prof.  Mussa Assad, stressed on necessary push required for Islamic banking percolation to the real unbanked population across Tanzania.

“From the perspective of Islamic banks, there is no real attachment with our communities, that’s the reason why there is a financing gap and misconception”

Assad’s views the banking landscape major setback to be a divergence from the real people who are: small and middle-sized traders, transport and logistics business, fishers, livestock keepers and farmers.

“As financial institutions, we have not developed products that are suitable for these kinds of people in our communities, if we can do that, then we will have relevance and growth will be seen and more money will be made” Assad comments.

According to Assad, it takes 8 to 9 years for a bank to break even in Tanzania, as Islamic banking possess attractive modals and operations, relevant products for communities ought to be displayed for the banking potential in Tanzania, highlighting the potential that, startup exhibit, despite being left out by conventional banks, due to their financial history deficit.

On the other hand, Zanzibar Social Security Fund (ZSSF) Managing Director,  Ms. Sabra Issa, saw Islamic financing to be a novel agenda to the table and urged stakeholders to unpack the latter and compel acceptance to final consumers.

” Speaking as a fund, we need better infrastructure in terms of how best to invest this, and not just to target final consumer at the end of the day” She adds.

However, the summit acknowledged the underlying challenges highlighted by the ministry of finance and planning facing the Islamic banking sector in Tanzania, since its inception few decades ago including: inadequate consumer awareness, scarcity of human capital, lack of sharia scholars with appropriate experience, and lack of centralized regulations and capital requirements.

Unequivocally, the ministry anticipates the summit’s discussions to mainstream the existing challenges and opportunities, towards emerging with a new mechanism to promote inclusive Islamic finance services, within the overall financial legislative framework.

The government of Tanzania, has placed its commitment to strengthen the latter via, creating enabling environments, through policies and legal regulatory frameworks, that will ensure growth of strong and effective financial sector. 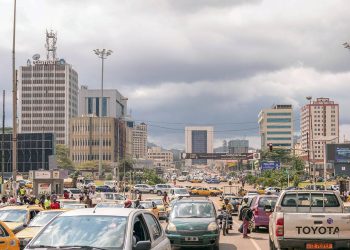 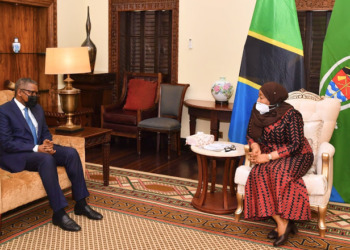 Zimbabwe to introduce a new currency