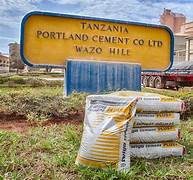 It was a paradox, and the hardliner government wouldn’t have it, newly re-appointed into power, Tanzania’s Prime Minister Kassim Majaliwa was swift to act. 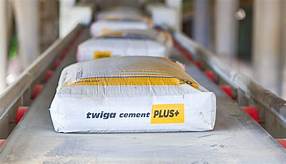 As of October last year, Tanzania, East Africa’s largest producer of cement, was facing so much shortage that prices almost doubled.

A 50kg bag of cement that would, on normal market weather conditions go for about USD 6 the price shot up 30 per cent to a little over USD 8, show the National Bureau of Statistics data for October 2020.

It was a paradox, and the hardliner government wouldn’t have it, newly re-appointed into power, Tanzania’s Prime Minister Kassim Majaliwa was swift to act.  He ordered a nationwide inspection of all known cement factories, warehouses, distribution points and even retail shops.

“Anyone found hoarding will be persecuted,” he warned only minutes into his swearing in.

“My first assignment as Prime Minister is to investigate causes that have led to the hiking of cement prices,” and went ahead to order the investigation.

“Circumstances around this matter point to an act of criminality in the entire production, transportation and marketing value chain,” he said.

This development came only weeks into Tanzania’s president John Magufuli’s landslide reelection for a second five-year term. One of the President’s key election campaign strategies was infrastructure development, the shortage of cement was heavy weighted as economic sabotage, after all, you can’t do any infrastructure work without cement.

Under Tanzania’s Economic and Organised Crime Control Act, the law placed any act of cement hoarding or any other form of market manipulation as economic sabotage and declared jail terms of between 20 and 30 years for any perpetrators.

It was less than a fortnight after that that Tanzania moved to issue indicative prices for cement.

What is strange here is that , Tanzania is one of the region’s largest producers of cement, and with an administration known for its push for infrastructure development, investment into the sector has been unprecedented so much so that even Africa’s wealthiest business man Dangote moved to open a production cite in the country.

So what happened, wat caused the sudden shortage of cement in Tanzania? Was it orchestrated, did production naturally fall short, did demand rise beyond supply capacity? What was the outcome of the investigations?

A Cement Puzzle: The Missing pieces

A strange answer was offered for these and other myriad of questions surrounding Tanzania’s sudden cement shortage; maintenance, the government said, the large producers had gone into maintenance and effected the shortage.

The Tanzania’s Ministry of Trade and Industry was quoted explaining that the country’s recent high cement prices was ‘…the result of non-production by four cement manufacturers in the country that had gone into maintenance.’1

As such, the plant maintenances affected supply, which dropped to 150,000t in October, from the highs of 450,000t just two months prior.

As such, the plant maintenances affected supply, which dropped to 150,000t in October, from the highs of 450,000t just two months prior.

While some key players agreed with the explanation, the likes of Dangote Cement who actually apologised for ‘…failing to communicate a planned stoppage at its Mtwara plant.’  Apparently the producer had indeed stopped production at the onset of October for maintenance.

On the flip side of things report, Tanzania’s largest cement producer, Tanga Cement denied any reduction in production at its plant and maintained that production was at the highest level. That statement did however contradict its subsequent statement that was issued by Benny Lema, Director of Tanga Cement, who admitted that ‘inefficient supply of electricity had contributed to low production.’2

Nonetheless, the company did in fact announce expansion plans, saying it is in talks with the government to set up a grinding plant in Arusha Region

It is at this point worth pointing out that Tanzania is witnessing an influx of international players who have caught wind of the lucrative sector. Could these be behind the supposed shortage, if the shortage was not real that is?

For instance, you have Chinese Huaxin Cement which bought ARM Cement’s assets in May 2020 and renamed the company African Tanzanian Maweni Limestone. Production commenced at the newly upgraded Maweni Limestone clinker plant in July 2020.

It all remains no more than speculation, except of course for the official claim that the big producers somehow went onto maintenance all at the same time, despite the fact that they are spread miles apart across the entire country; but until we get the official report from the Prime Minister ordered investigations, the paradox of Tanzania’s cement shortage remains cemented in place.

Also Read: Investing In The Creative Industry In Africa