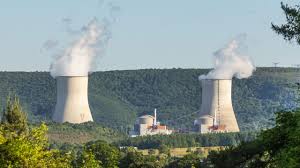 Africa relies on fossil fuel power plants burning oil, coal, and gas which only serve to pollute the environment even more. 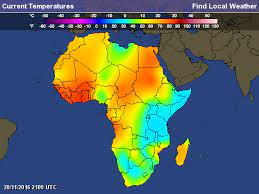 African countries have dire shortage of energy supply and many cannot even meet their minimum required base-load, so why is a continent rich in uranium, so slow to use this clean energy source to meet its power supply needs?

The answer lies in the world’s fear for nuclear armament, that is to say, should African countries be allowed to enrich uranium, they may also be able to arm themselves with nuclear weapons; at least that is the broad simplified query.

So is it feasible to consider commercial nuclear power for say sub-Saharan Africa, especially in light of advanced nuclear technologies and their potential to overcome the continents major challenges to development like lack of reliable power.

Even though Africa is home to a diverse range of energy resources like oil and gas and strong hydro-potential most of the continent still faces major power infrastructural deficit that analysts estimate would cost upwards of $90 billion annually to resolve.

To grasp the power shortage that say Sub-Sahara Africa faces consider this; “Taken together, the 48 countries that make up sub-Saharan Africa generate approximately the same amount of power as Spain, despite having a population that is 18 times larger.”

It further reports that as of 2012, sub-Sahara had a mere 83 gigawatts (GW) of total grid-connected generation capacity, and in 2014 Africa Energy Outlook indicate that some 625 million people in Africa do not have access to electricity, while another estimated 730 million Africans on the continent use dirty and hazardous fuels to cook.

With these figures in mind, it becomes clear that the region desperately needs innovative energy solutions capable of guaranteeing a sustained growth in energy supply and nuclear maybe the most logical and most sustainable way to go.

Nuclear would not only provide the continent the missing energy but it would do so in a clean manner. At the moment, Africa relies on fossil fuel power plants burning oil, coal, and gas which only serve to pollute the environment.

Research shows that since Nuclear Power Plants (NPPs) may even be easier and more affordable to set up since they are comparatively small and they can be located closer to load centers to avoid the transmission costs otherwise incurred with hydropower stations and say offshore wind farms.

“ Additionally, nuclear technology could be used for other non-power uses on the continent such as desalination and industrial process heat,” writes

As of 2015, several African nations including Egypt, Ghana, Kenya, Morocco, Niger, Nigeria and South Africa to mention but a few, began preliminary plans to set up the African Network for Enhancing Nuclear Power Programme Development.

The programme is designed to strengthen and build capacity across the African continent for the planning, development, and management of nuclear power infrastructure and programs.

Strike While The ‘Core’ Is Hot

Luckily for Africa, the international nuclear safety framework is now much more globalized and much more welcoming towards international collaboration. However, there still remain significant challenges to adopting the technology on the continent. According to the report, current NPPs on the market, at a power rating of 1,000 megawatts (MW) or more, exceed the capacity that many African countries can support.

For starters, there is an overarching  rule of that no power plant in a country should have a capacity that exceeds 10 percent of that country’s total grid capacity. Unfortunately for Africa, current NPPs exceed the capacity that many of its countries can support.

Then there is the matter of having low human capital on one hand and on the other the continent is facing high capital costs. It doesn’t end there, there is generally weak institutional frameworks, as well as poor legal and regulatory frameworks if any to start with.

All these aspects continue to hinder development of nuclear technology on the continent. In fact so far, it is only South Africa that has an operating nuclear power plant. The power house in SA has 1,800 MW of capacity made up of two units of pressurized water reactors.

Of the 14 African countries accessed, only 2 are viewed as potentials for nuclear power development, and even so, it would have to be with international support.

A Nuclear Model That Works For Africa

Small Modular Reactors (SMRs) which are safe and much simpler to design offer nuclear technology for Africa that is easier to finance, construct, and operate. They are nuclear fission reactors just like conventional reactors only much smaller.

Because of these features, SMRs are considered as the most feasible way to bypass financial and safety barriers that otherwise inhibit the construction of large conventional nuclear reactors. As you can imagine, these features also make SMRs the best choice for sub-sahara Africa  since they have low capital costs and provide power option away from large grid systems.

Already Africa has an active nuclear science and technology sector, including several research reactors, and growing government interest in starting commercial nuclear programs. So far, there are ten research reactors that are based in eight countries across the continent.

While, these reactors are for research purposes and are used for environmental, agricultural, and medical research, they are however the basis for a commercial nuclear power program in future.

South Korea to set up nuclear power plant in Kenya

To React or Not To React

Concerns as to Africa weaponize their nuclear programs may have some water but considering the fact that most of these programs would be operated jointly with international experts it is difficult for a nation to move from energy production to weaponizing before been detected much earlier on.

Also, almost all African countries are signatories to the Treaty on the Non-Proliferation of Nuclear Weapons. Similarly, most all African nation’s support the Pelindaba Treaty, which is an agreement among African states prohibiting the acquisition, stockpiling, testing and other activities that promote nuclear weapons or assist in their production.

All these factors make Africa, a nuclear safe zone where, even if it is the small SMRs to start with, Africa can bridge its energy gap through utilization of nuclear energy. It is time for Africa to act.