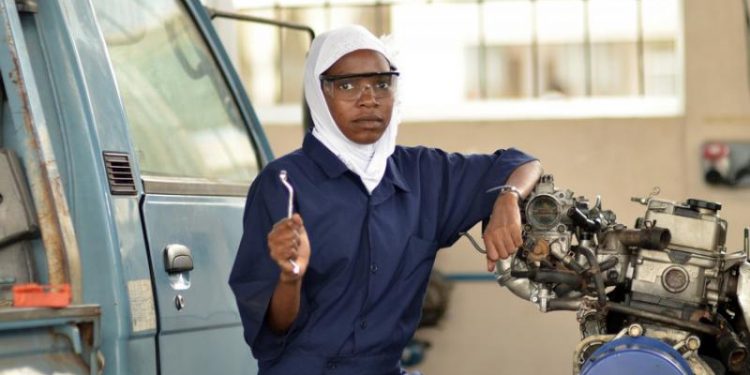 Unemployment in Tanzania is at 9.7 percent, but also more than 900,000 graduates enter into the job market annually.

On September 17th, Tanzania via Vocational Education and Training Authority (VETA) and Germany (German Corporation for International Cooperation -GIZ) have entered into an agreement in amending Tanzanian graduates’ employability via a special project named: Employment for Development.

The boost comes forth to advance youth socio-economic potentials in developing their respective economies and the nation at large. This is reflected in the context of high rates of annual graduates versus available positions in the formal sector.

Available data show, over 900,000 youth enter the job market per year in Tanzania, but only 50,000 to 60,000 formal sector jobs are created yearly. Leaving rather many graduates unemployed, this goes along with the unemployment rate in Tanzania which stands at 9.7 per cent.

The project is specifically focused on seeking various opportunities and job skills demands, existing among various investors, within the Southern regions of Tanzania, and offer graduates with necessary skill-sets for employment.

VETA which envisions Tanzania with sufficient and competent artisans and also working to ensure quality vocational skills are delivered for national socio-economic development will take the lead in implementing the project.

VETA’s Director-General, Dr. Pancras Bujulu commented during the agreement signing that: the project will be implemented via a VETA college in the Southern part (Lindi), whereas a GIZ staff will be providing relevant and coherent instructions to the college’s staff and learners on how to secure jobs in the market after graduating.

The project does not only serve graduates employability problems in the southern corridor but attends to other socio-economical dynamics such as poverty. Which according to NBS – Household Budget Survey (2018), the number Tanzanians living below the national basic needs’ poverty line stands a 26.4 per cent.

Moreover, the distribution of poor people based on basic needs is 81 per cent is within rural areas, 3.1 in commercial city-Dar es Salaam and 16.1 per cent in other urban areas.

Further, she added on the cooperation to be a byproduct of significant success from a previous project, Enhancing Employability Through Vocational Training (EEVT) implemented by VETA, VSO Tanzania and other natural gas companies under LNG umbrella from 2012 to 2018.

Under the project, a total of 1,027 youth acquired a high-end international capacity building on their respective skills, while most of them securing jobs in international projects implemented in Tanzania.

On the other hand, the cooperation will assist and develop academic counseling to students and improve vocational training graduates database as well as employers.

It is a matter of time for other development partners, to advance into the latter and improve employment issues among youth, who are now graduating in bulk yearly.

China is set to be the 'King of Aviation', and Ethiopian has noted