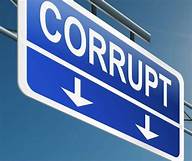 In just one year, Tanzania’s Prevention and Combating of Corruption Bureau (PCCB) has recovered close to USD 36 million (82.2bn/-) of embezzled public funds.

The funds were misappropriated during the 2018/19 financial year and the amount is actually USD 6million  (12.5bn/-) more than what was recovered last year.

That begs the question, were there more cases of embezzlement last year compared to the previous year? The authorities do not make that clear but they credit the recovery to increased efficiency of the bureau which they say is operating at a high efficiency rate of 82 percent.

A total of 911 case were reviewed including 266 on alleged bribe cases and 645 cases were also reviewed pertaining other offences. Of these cases, at least seven are classified as major corruption cases involving economic sabotage of millions of dollars.

Some 497 of these cases were filed to the court, of which resulted in the arraignment of 206 persons who were subsequently convicted. A troubling turn of events is that there was also a very high number of cases, 135 to be exact, in which the accused were acquitted of the allegations.

Nonetheless, this is an improvement in terms of the number of cases that the bureau has managed to win. Percentage wise, the corruption watchdog rate of winning cases has increased to 62.4 percent from the 60.1 percent recorded in the previous financial year.

The PCCB, in collaboration with the Treasurer Registrar formed a joint task force that resulted in recovery of assets worth 49bn/-. All in all, the end result of the proceedings saw the confiscation of properties valued at 59.1bn/- , which included a building and a petrol station in lake city of Mwanza with a total value of 10.1 bn/-.

While other proceedings are underway, the bureau is looking to confiscate cash in Tanzanian shillings amounting to 25.3bn/- and another lump sum of US dollars 5.7 million among others.

While it was not specified if the said monies are involved He but the corruption bureau highlighted what it described as ‘massive irregularities’ in the collection revenues from the Bus Rapid Transit (BRT) system.

The country’s president John Magufuli seems to agree with the performance and has in effect appointed the acting PCCB Director General, the post making Brigadier General John Mbungo the new head of the corruption watchdog.

Brig Gen Mbungo replaces former Director General of PCCB, Diwani Athumani, who has since been appointed to head the country’s top intelligence and security body, the Tanzania Intelligence and Security Services (TISS).

In his comments quoted by the country’s local media, the newly appointed PCCB Director General said “…the President’s zeal against corruption has resulted in increased discipline, integrity and accountability in the public sector, while promoting socio-economic growth.”

He took the time to also point out that these anti-corruption efforts are going a long way to giving Tanzania a good name in the international community’s eye. He noted that Tanzania continues to be ranked highly in the various released corruption performance indexes from within and outside the country.

These developments do sit well with the international community, corruption is frequently cited as a disqualifier for grants and loans. Improving its corruption index means that the country becomes eligible for more funding.

Similarly, investors are advised against venturing into corrupt nations but they are less skittish about putting their money in a country that has good corruption index rating. Generally speaking, it is more costly to operate in a country that is full of corruption not to mention the legal risks involved.

As such, for Tanzania to be considered a country with decreasing corruption cases thanks to the political will power, goes a long way to attracting new investments and this translates to new jobs and improved economy and social welfare as well.

Anti-corruption has been President Magufuli’s ticket ever since he came into power in 2015. He has led the country against corruption and his strong arm has earned him the nickname ‘bulldozer’. Rightfully so, because under his watch, several high ranking officials have been sacked for corruption related incidences while others have been fired for poor performance and negligence of their office duties.

Even the private sector has been put to check with large International Corporations like Barrick Gold been forced into a shareholding pact with the government in its gold mining ventures in the country. This follows the closure of its former company which was brought to shut down after the government discovered numerous cases of tax evasion and misreporting of revenues among other things.

Tanzania is now ranked high in its fight to end corruption which is giving the country good credit and earning it increasingly more investments but clearly there is still a lot to be done.