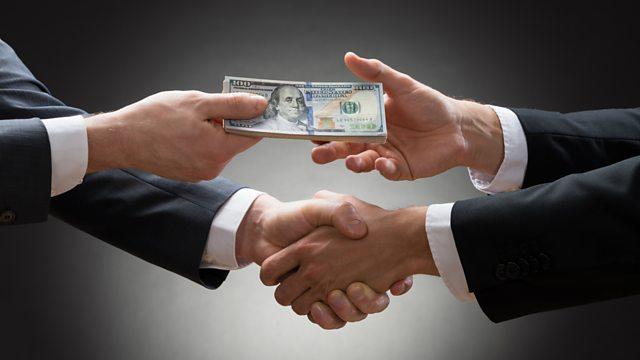 Transparency International revealed on Thursday that more than half of all citizens surveyed in 35 African countries thought corruption was getting worse in their country, while fifty-nine percent of the people thought their government was performing poorly at tackling corruption.

Managing Director of Transparency International, Patricia Moreira, said: “Corruption is hindering Africa’s economic, political and social development. It is a major barrier to economic growth, good governance, and basic freedoms, like freedom of speech or citizens’ right to hold governments to account.”

The organization said it was the largest and most detailed survey of citizens’ views on bribery and other forms of corruption in Africa. The survey asked 47,000 citizens in 35 countries about their perceptions of corruption and direct experiences of bribery.

“While governments have a long way to go in regaining citizens’ trust and reducing corruption, these things don’t exist in a vacuum. Foreign bribery and money laundering divert critical resources away from public services, and ordinary citizens suffer most,” Moreira said.

Transparency International said the results showed more than 1 in 4 people who accessed public services, such as health care and education, paid a bribe in 2018, which was equivalent to approximately 130 million people.

They said the report also highlighted that corruption disproportionately affected the most vulnerable, with the poorest paying bribes twice as often as the richest, while young people paid more bribes than those over 55 years old.

Transparency International said the police department was considered the most corrupt institution, with 47 percent of people believing that most or all police were corrupt.

They said many citizens also thought government officials and parliamentarians were highly corrupt, at 39 percent and 36 percent respectively.

The organization said in their previous edition, the police consistently earned the highest bribery rate across the continent. They said this may be one of the reasons that two-thirds of those surveyed feared retaliation for reporting corruption. On a positive note, more than half of the citizens believed that ordinary people could make a difference in the fight against corruption.

“To reduce the heavy burden of corruption on ordinary people, African states that have not done so should ratify and effectively implement the African Union Convention to Prevent and Combat Corruption,” said Paul Banoba, Regional Advisor for East Africa at Transparency International.

“Africans believe they can make a difference. Governments must allow them the space to do so,” he said.

Transparency International urged governments to put a number of anti-corruption commitments into practice which included investigating and prosecuting all reported cases of corruption in both the public and the private sector, with no exception; developing minimum standards and guidelines for ethical procurement and building strong procurement practice throughout the continent with training, monitoring, and research.

They added that authorities needed to also establish public registers that named the owners of shell companies and adopt and enforce laws that addressed stolen assets.

“Additionally, business leaders and boards of companies, including multinational companies operating in Africa, should effectively and transparently implement the highest international anti-corruption and anti-money laundering standards.”

Kenya's Savannah Cement to venture into other East African countries