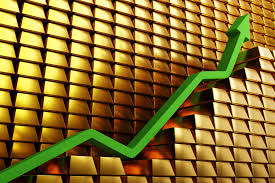 Tanzania has earned a record $3 billion from gold sales as price for the precious metal soars in the world market.

Publicized by the Bank of Tanzania, the value of gold exports clocked $3.025 billion in the year ending March 31, 2021, a considerable jump from $2.324 billion that was earned last year.

In fact, gold is doing so well that it has become the country’s top foreign exchange earner, and even overtaken tourism.

Gold prices have been edging up since the corona outbreak last year owing to jittery investors fearing a collapse of other currencies (including the dollar) and opting to store their value in gold.

“As financial markets were hit by the pandemic, investors rushed for gold which they consider as one of the safe haven assets,” report local media.

Consider this, gold represented more than half (55.9 percent) of the value brought home from sell of non-traditional exports in the year ending March 2021.

“The value rise is associated with an increase in the market price of gold and government initiatives in supporting the mining industry,” a Central Bank Statement explained.

The BoT further details that it is not only gold prices that are rising but also the price of oil is on an upward trajectory; “The rise in prices of gold and oil are, respectively, explained by cumulative impact of rising prices and subdued demand at the onset of Covid-19,” the BoT report reads.

The report, the Central bank monthly economic review for April, shows that revenue from the tourism sector, the former foreign exchange champion, dropped even further to a low $885.2 million at the end of March 2021 down from $2.598 billion recorded in the same period last year.

Again, Covid-19 travel restrictions are the reason why the sector is underperforming and with new strains emerging, the future of tourism still looks bleak.

In fact for Tanzania, the number of international arrivals dropped by more than half over the span of just one year. It fell to 514,625 from 1,511,944 in the period last year.

Tanzania is the 4th largest gold producer in Africa falling behind South Africa, Ghana and Mali. With global prices of gold on the rise, Tanzania’s mining industry experienced an estimated 15.3 percent growth in the first quarter of 2020 compared to 10 percent growth during the same quarter in the previous year.

Just How Much Gold is Beneath the Surface in East Africa?(Opens in a new browser tab)

Notably, the government has also been taking measures to boost the performance of the sector. This includes changes in the Mining industry and in particular the 2017 Minerals Act.

The changes in the legislations have increased the loyalties increasing from 4 percent to 6 percent and an introduction of 1 percent clearing fees on the value of all minerals exported from the country.

Also, the new laws give the government the right to acquire 16 percent of shares from major mining companies on free carrying basis. For example, these amendments led to the establishment of Joint Venture Company, Twiga Minerals Corporation Limited between the Government (16 percent shares) and Barrick Gold Corporation Company (84 percent shares).

Similarly, thanks to the reforms, Tanzania enjoyed payment of compensation of $100 million from Barrick Gold Corporation Company as initial settlement of the agreed $300 million.

To increase value of the minerals, the government of Tanzania has opted to refine its gold prior to exporting it. As of 2020 two model gold smelters were built in Lwamgasa and Katente.

These serve as a one stop mineral processing and export center, that have enabled the government to seize control and reduce smuggling. Further still, Tanzania has gone ahead and set up some 28 markets and 25 mineral centers as the only places where precious stones and metals are to be traded.