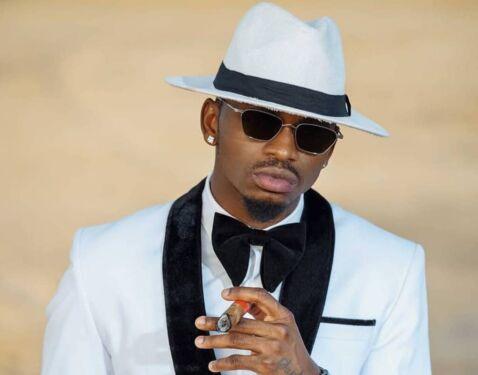 If you are reading this in East, Central, North or Southern Africa, you have probably heard these hit songs “Number One”, “Waah”, “Nana”, and “Jeje” performed by Diamond Platnumz.

Tanzania as another country in Africa with plenty of music potential has seen its very own raw talent, Diamond Platnumz raising the country’s flag with his unique and eccentric Bongo-Flava hits, but also drawing more receipts probably more than any other artist in Tanzania’s history.

The Tanzanian best male artist has been in the industry for more than ten years as of now he has pinned the music industry to a wide international scale due to his constant inter-regional and national collaborations that draw competitive artists and record sales.

Diamond Platnumz legally known as Naseeb Abdul Juma Isaack, broke into music with a rather different drive. According to a 2020 publication by Grammy, Diamond Platnumz strived to do his music to keep food on his mother’s table, but to his surprise—his debut L.P Kamwambie became an anchor for his voice to stream across the East African region.

Further, the multi-awarded performer has managed to outperform his predecessors such as Professor Jay, Juma Nature, TID and Q Chief, and penetrated the global market rather smartly with his cross-regional collaborations, laced with great beats from top-tier producers and video directors from different corners of the world.

Diamond Platnumz made the music industry in Tanzania more interesting after his two projects drew more millions. His February 2017 hit song with America artist Ne-Yo “Marry You” cost him more than $104,000, while his December 2017 hit song “Waka” featuring Rick Ross cost him $56,000 for a music video shoot (Ghafla,2019).

The 32-year-old musician has now become an international sensation and entrepreneur. He now owns his own radio and television, a music label—Wasafi Classic Baby (WCB), with a roster full of spicy talents, including the MTV African Music Award-nominated artist-Rayvanny, Mbosso, Lava Lava, Queen Darleen and Zuchu.

A decade ago, there were no many artists in Tanzania who garnered at least $86,000 per month—which Diamond Platnumz nabs at the moment. He charges around $70,000 for his international shows and $23,000 for his local performance.

According to Grammy, to date, his businesses collectively employ more than 100 people, with investments in real estate, fragrances and tech company.

The hit-maker went to establish his music festival “Wasafi Festival” covering more than 10 regions across Tanzania (with more than 60 million people). The festival does not only, bring the best local artist but it draws in international performers such as Wizkid, Innos B, and Tiwa Savage.

Diamond Platnumz has managed to become the first in Sub-Saharan Africa to hit a billion views on YouTube, but also, he has secured endorsements with Vodacom, Red Gold, Nice One and Parimatch according to The Citizen, April 14 2021.

Further, the singer hard work has pulled out a handsome deal earlier this month he managed to sign a $5 million Distribution deal with African music streaming App, Mziiki, for his record label WCB (The Citizen, 2021).

The prominent singer making Tanzania proud said on Twitter that “Today I signed a $5 million distribution deal with @Mziiki for my @Wcbwasafi_Record Label..May God continue blessing our Bongo Flava industry”.

Moreover, in March this year, Diamond Platnumz managed to secure brand ambassadorial with Coral Paints (Tanzania), under its parent company, Insignia Limited. According to The Citizen, the deal he nabbed is believed to be in the excess of around $250,000.

EU-Africa Green Talks in Madrid: A green future for Africa