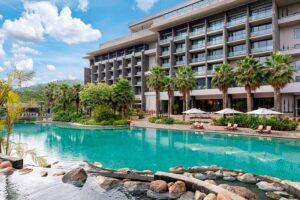 The number of tourists arriving in Tanzania has increased an impressive 52% between January and November 2021 and with it, the country has enjoyed increased revenue collection of an even more impressive 69 per cent growth.

What has sparked this increase in tourists arrivals is, among other things, the country’s rigorous decimation of the Covid-19 uptake and the generally positive response of the public. Notably, as of 5th December 2021, almost 2 million (1,699,523) vaccine doses have been administered.

As was the case elsewhere in the world outbreak of the pandemic fall in tourism arrivals severely affected the economy and more so the tourism and hospitality sectors.

To get a perspective of how the two sectors in Tanzania were hard hit, consider the fact that tourist arrivals in 2019 were slightly above 1.5 million yet this number dropped more than 50 per cent to a lowly 600,000 tourists in 2020.

Worse still, with this unfathomable plummeting of tourist arrivals came the directly related free fall in revenue collections from an all-time record of U.S 2.5 billion in 2019 to U.S 1.7 billion in 2020 after suffering an 800 million loss in revenue in under one year.

So the government made it its number one goal to regain tourist confidence and a pivotal area to focus on was ensuring a safe travelling environment. To make Tanzania a safe tourist destination and to revive the tourist sector meant one thing, to effectively launch a vaccination campaign and covid-19 awareness for the country in general but also take specific more consorted efforts to raise awareness with the tourist industry.

So the government launched the ‘Ujanja ni Kuchanja’ campaign that basically translates to ‘The Smart Thing To Do is Get Vaccinated’ this campaign is targeted at the general public to increase the uptake of vaccination.

Then to go hand in hand with it, the government also met with the tourism and hospitality stakeholders and developed various regulations to help revive the sector. The next move was to get the vaccines in enough batches to meet the created demand, and they did.

“I would like to inform the public that the ministry has done its part on the verification process, and today on behalf of the government, we have received the first batch of 1,058,400 doses of the Johnson & Johnson COVID-19 vaccine,” the minister said.

According to the Ministry of Health, the total number of COVID-19 patients admitted throughout the country on 21 July 2021 was 682, with 29 deaths.

The government efforts to regain tourist confidence is working and as pointed out, over the last nine months alone, the number of tourists has more than doubled. Similarly, the government has been working to rebuild investor confidence and to show just how much these efforts are working, the world-leading hospitality investor the Spain based Gran Melia has started works to open a world-class five-star hotel in Tanzania’s tourist hub of Arusha.

Inaugurated by President Samia Suluhu Hassan, the hotel investment has a profound symbolic meaning on investor confidence as to the revival of the sector and the economy in general.

True to this, the president said the investment is a clear sign that investors have regained confidence in the country’s economy and further still that they are confident there will be growth in the sector.

Another significant economic aspect of this investment is the owners, the Gran Melia hotel management company. Grain Melia happens to own one-third of 15 five star tourist accommodations spread across Tanzania.

In his comments, the CEO of Gran Melia hotel management company, acknowledged their investment in Tanzania pointing out that they own six tourist destinations in Tanzania and Zanzibar.

So, when such a well-established investor takes a risk, it is only understandable that others will follow suit, after all, the Group does operate more than 350 hotels across 40 different countries.

With every new hotel built, the investors are sending out a message of confidence, they are saying, ‘we have faith in this industry or this country, and so we are investing our money because we know we will get good returns.’

This is just as well because the tourism and hospitality industry employs a great percentage of the public all of whom either lost their jobs completely or were underpaid for the last two years.

According to the World Bank, Pandemic-induced shocks slowed Tanzania’s GDP growth rate from 5.8 per cent in 2019 to an estimated 2.0 per cent in 2020, like shocks to export-oriented sectors such as tourism, manufacturing, and related services diminished business revenue and labour income, which adversely affected domestically oriented firms of all sizes across all sectors.

Tourism, a major contributor to GDP growth, declined significantly in 2020: The number of visitors plummeted by 60 per cent and the revenues fell by 72 per cent, and that is on the Mainland.

Things are no better on the Spice Islands where the WB says; ‘The tourism-dependent economy of Zanzibar has been particularly impacted by the Covid-19 crisis.’

GDP growth in Zanzibar slowed to an estimated 1.3 per cent in 2020, driven by a decline in tourism activity due to pandemic-containment measures undertaken by the government between March and September 2020.

The tourism sector began to recover slowly in the last quarter of 2020, and by December tourist arrivals in Zanzibar had reached almost 80 per cent of their 2019 level. Despite this recovery, tourism receipts fell by 38 per cent for the year.

Nonetheless, things are looking hopeful, with such new investments in the tourism and hospitality industry coupled with a growing number of tourist arrivals, Tanzania can remain hopeful that it will return to its pre-covid 19 peak days, the good old days when Tanzania boasted to be Africa’s top tourist destination.