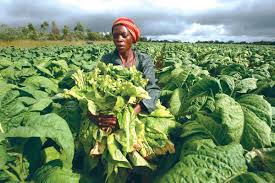 Tobacco growing in Tanzania may get a boost if plans by the government to increase sales are successful. [Photo/The Exchange]

In 2017, tobacco brought in more foreign exchange to the country than coffee, cotton, tea, cloves and sisal combined.

Tobacco growing in Tanzania may get a boost if plans by the government to increase sales are successful.

The Tanzanian government is planning to initiate talks with the member states of the Common Market for Eastern and Southern Africa (COMESA) to seek markets for tobacco in those countries.

Data indicates that in 2017, tobacco brought in more foreign exchange to the country than coffee, cotton, tea, cloves and sisal combined.

However, tobacco production fell considerably over the third quarter of 2018, dropping by a third of the previous quarter’s performance.

The setback was that Tanzania’s tobacco was sold at high prices in other countries because of charging high tax, compared to the same tobacco from Uganda and Kenya.

The country is in talks with Egypt and Algerian ambassadors to Tanzania to prepare bilateral agreements that would enable reduced tax on Tanzania’s tobacco to be sold in those countries in attempt to increase income to tobacco farmers and country at large.

Tanzania is second in Africa in tobacco production after Malawi. However, despite high production of tobacco, it remains a poor country and tobacco farmers worse off while the country loses more than 61,000 hectares of forest annually due to tobacco growing and curing.

In recent years, there has been considerable debate about the social, environmental and economic impact of tobacco growing, especially in developing countries.

Such calls are based on claims that tobacco growing has worse impacts than other crops. In particular, there are concerns regarding deforestation, the exacerbation of poverty and social inequality through bonded labour and child labour and occupational health risks such as green tobacco sickness (GTS).

Despite tobacco being a vital foreign currency earner, most local growers of the crop are languishing in abject poverty with nothing tangible to show for their hard work.

Some 2000 delegates – researchers, scientists, UN and civil society representatives, healthcare professionals and policymakers from more than 100 countries – attended the triennial conference, whose name, “Tobacco or Health,” implies that the two cannot co-exist.

The conference was held amid concerns that the tobacco industry, flush with money from huge profits from their operations worldwide, are targeting the youth group to increase tobacco consumption and cigarette smoking among the young adults.

However, global efforts against tobacco industry received a massive boost from former New York mayor Michael Bloomberg who announced to provide 20 million US dollars to create a new global watchdog agency that will be monitoring tobacco industry’s attempts to undermine tobacco control measures under the WHO Framework Convention on Tobacco Control (WHO FCTC).

The WHO FCTC measures are aimed at reducing the prevalence of tobacco use and exposure to tobacco smoke.

The new global watchdog agency, Stopping Tobacco Organisations and Products (STOP) to be run by his foundation, Bloomberg Philanthropies was launched as the 17th World Conference on Tobacco or Health got underway in Cape Town.

The new initiative came amid reports that tobacco kills seven million people a year and more than 80 per cent of the globe’s 1-billion smokers live in low and middle-income countries, according to the World Health Organisation (WHO).

Also read: Tanzania in talks with Chinese firms in exploration of exporting tobacco to Hong Kong

How diplomats' mass exits from Kenya have affected real estate