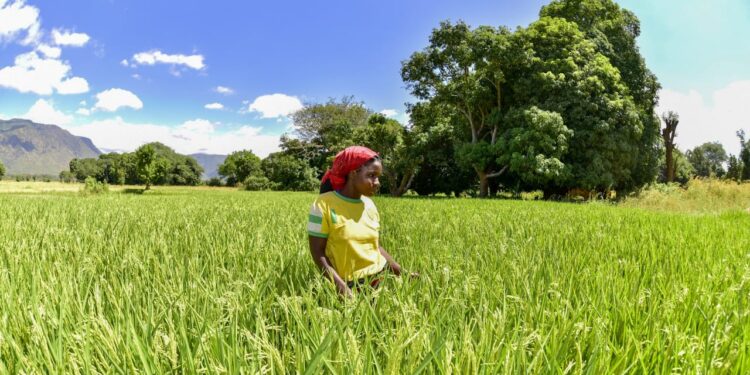 Agroforestry is a solution to forest clearing to open up land such as this sorghum field. [Photo/Kilimo Kwanza]

Through the initiative, QNET is planting trees and supporting sustainable agricultural development across three continents.

by Giza Mdoe
in Agribusiness, Tanzania
0
Share on FacebookShare on LinkedIn

In turn, this destruction is exasperating climate change, we are suffering the profound loss of agricultural productivity and adverse weather is destroying infrastructure. It is a war, man vs forests.

Read: 7 billion trees outside forests in Africa reported for the first time in new data survey

With so many more mouths to feed every year, the World’s ambitious Sustainable Development Goals, particularly on poverty eradication and ending hunger, seem further away than ever before.

The trend is global, and on October 16, 2021, the UN admitted and warned that the global fight against hunger is being lost.

With the warning, the UN called for action to improve food security for the world’s most vulnerable people, African coming on top of that list. For a place that relies so heavily on substantial farming for a livelihood, Africa faces a most daunting reality, clear forests to farm, lose potential output.

The solution lies in the past, as tradition would have it, the World was always at a balance not necessarily because there were fewer people but because agriculture need not mean the destruction of forests and marine life. 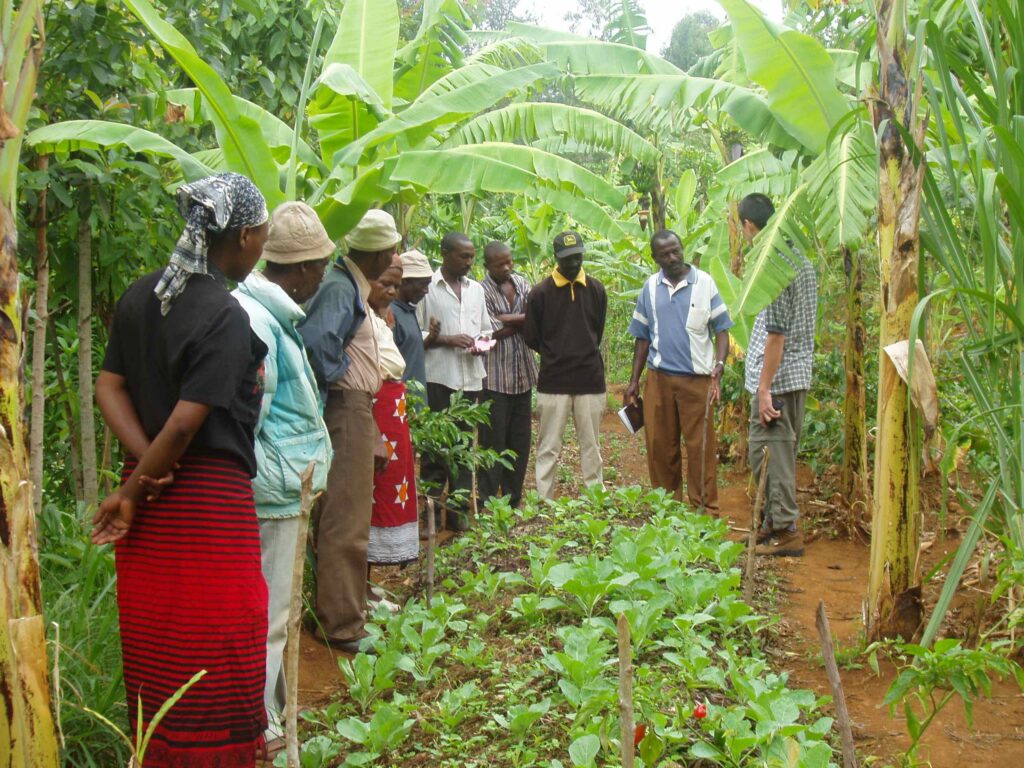 On the contrary, traditional farming practices were advocated for and were based on, a symbiotic relationship between man and forest. It can all be summed up with one word, Agroforestry.

Agroforestry is “… the interaction of agriculture and trees, including the agricultural use of trees. This comprises trees on farms and in agricultural landscapes… farming in forests and along forest margins and tree-crop production.” that is the definition according to the World Agroforestry Organisation.

Since for the first part of this article I would like to address the ironic ‘necessity for deforestation to make room for agriculture,’ I am inclined to address the second part of the definition that says agroforestry is, ”… farming in forests and along forest margins and tree-crop production.”

Farming in forests: A paradigm shift from deforestation

Agroforestry, the very definition of this artistic science provides a controversial solution to deforestation which is the first part of the problem after all. Leaving aside the factories we build after clearing forests and the subsequent air pollution that comes with running those factories, agriculture is our first reason to cut down forests.

Yet here we have a practice that proves that, not only can agriculture and forests coincide side by side but rather within each other and by so doing increase marginal productivity of each other. Today, acting as an interface between agriculture and forestry, agroforestry is considered to be a promising and sustainable approach to land use, as described in the Encyclopedia of Soils in the Environment.

The significance of agroforestry in addressing climate change has now earned it the description of ‘climate-smart farming.’ Rightfully so, because agroforestry actually plays a significant role in retracting our carbon footprints and helping the world ‘breath’ better.

On the slopes of Mt. Kilimanjaro are several tribes, the most prominent of them are the Chagga who are on the windward side of the mountain overlooking the tourist hub cities of Moshi and Arusha.

Here, you have a mastery of agroforestry systems that consists is based on terraces to account for the steep mountain slope.

Each terrace is planted with a crop type to share with its surrounding forest vegetation. On these slopes is a variety of crops ranging from commercial coffee to the staple banana all been intercropped without damaging the forest growth.

In a report we covered last year, the World Agroforestry Centre explained in detail how the farmers use the forest to boost their cultivation rather than cutting it to make plantations. The report is titled:  “Changing livelihoods on the slopes of Mt. Kilimanjaro, Tanzania: Challenges and opportunities in the Chagga home garden system.”

“Trees are used to provide shade for coffee, as live fences, for fodder and mulch, for bee forage, for anti-pest properties and for timber and firewood. Many farmers keep beehives. In addition, hens play an important role,” reads the report in part.

Vast open fields for plantations, what was the go-to method to maximize profit in agriculture is evidently not working, at least not long term, aka, it’s not sustainable. Businesses must adapt to the new reality of agroforestry; to produce within the forest and to grow forest where we have destroyed and to repeat the process.

The initiative is the brainchild of Direct Marketing mogul QNET. It stands as a commitment of the company towards sustainability.  Through the initiative, QNET is planting trees and supporting sustainable agricultural development across three continents.

In partnership with EcoMatcher, a certified B Corporation and social enterprise, QNET launched the first phase of this business led agroforestry initiative with the planting of 1,000 trees in the UAE, Kenya and the Philippines.

Through the Green Legacy, QNET actively contributes to the UN’s SDG 10 (Reduced Inequalities), SDG13 (Climate Action), and SDG15 (Life on Land). Not only with the forests planted under this initiative sequester 750 tonnes of CO2 over the lifetime of the trees, but they will, to start with, support the families of 15 planters across these countries.

The initiative serves as a perfect example of how businesses can work with local communities to stop deforestation for agriculture and instead support agroforestry, symbiotic agriculture and forest development.

Read: In climate change mitigation, Africa is largely on its own

Russia and the Maghreb: What future geostrategic perspectives?