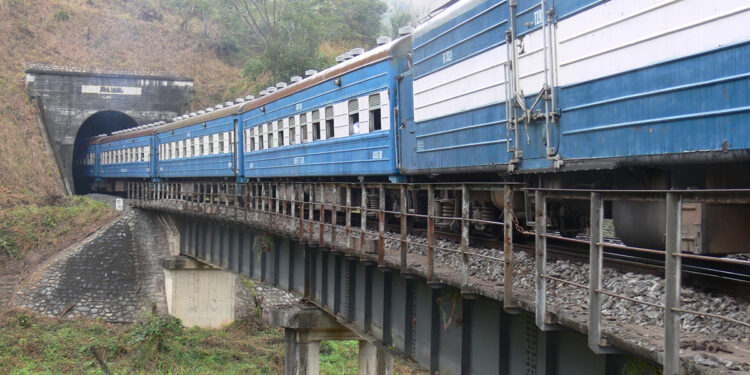 anzania and Zambia are planning to review laws overseeing the running of the Tanzania-Zambia Railway Authority (TAZARA) to allow private investors to run the railway line. [Photo/CGTN]

From Tanzania’s little town of Uvinza in the Kigoma region to the bustling capital city of Gitega in Burundi, the railway is expected to spark life, rejuvenate slowed businesses and build new people relations.

Tanzania is growing its network infrastructure and effectively lowering freight costs, increasing exports and growing investment all along the railway line.

In the most recent development, an additional 282km of the railway are being constructed to connect Tanzania and Burundi giving the latter access to East Africa biggest and busiest port.

The construction is an extension of the already laid down Standard Gauge Railway (SGR) in Tanzania. The two governments have signed an agreement that paves way for new rail to be laid at a sum of US$900 million.

What does this extension mean for Burundi and how will it benefit Tanzania?

Apart from the obvious economic benefits, let’s first consider the small towns through which the railway snakes. From Tanzania’s little town of Uvinza in the Kigoma region to the bustling capital city of Gitega in Burundi, the railway is expected to spark life, rejuvenate slowed businesses and build new people relations.

None said it better than Burundian Minister for Finance, Budget and Economic Planning Domitien Ndihokubwayo who described the project as “…important not only for Tanzania and Burundi but for the Eastern Democratic of Congo (DRC).”

The construction process itself is sparking activity all along the track’s perimeters. More so, small businesses are set up by vendors who supply the constructors and women-led food and beverage businesses that feed the workers.

These small stations are expected to develop into small townships that will create much-needed employment for youth and women.

That is the micro-economics of things, as, for the macro outlook, the delegates put the figures at millions of dollars annually. The line from Burundi alone is expected to generate transport business estimated at 1 million tonnes of general freight and 3 million tonnes of minerals every single year.

While specific dollar amounts that will be generated through this traffic has not been specified, the estimates place it at several million dollars annually. So where are we with the construction processes?

On the side of Tanzania, the source of the rail, the SGR extends to and from the southern shore of Lake Victoria in a city called Mwanza bringing cargo to the lake shores. On the opposite side of the shore in the country of Uganda, Tanzania has seen to it that the rail continues into the interiors of the landlocked country.

Another section is again strategically connected to yet another lakeshore city, this time on the shores of Lake Tanganyika in a city called Kigoma. Here, Tanzania has inked a pact with neighbouring Rwanda and the SGR continues on the opposite side of the lake.

The chain is clear, the rail is an elaborate web network that feeds and receives from the interiors of Africa to and from the rest of the world via the ocean port of Dar es Salaam in Tanzania.

Who is building the railway? The tender has gone to Turkey, whose Yapi Merkezi construction company is leading the works. Side by side with Turkey are Portugal through the Mota-Engil company and to China via China Civil Engineering Construction and China Railway Construction companies.

How is this mega project been funded? The construction works are in five stages with funding from the individual countries and loans from Turkey, China, Denmark, Sweden, Standard Chartered Bank and the World Bank.

Tanzania Railways Corporation (TRC) has recently signed a contract for the procurement of some 1,430 rail wagons valued at well over USD 127 million.

The deal was signed at the start of this month (8 February) in Tanzania’s commercial port city of Dar es Salaam, the end and start point of the SGR. The pact was inked by Tanzania’s Minister of Works and Transport, Professor Makame Mbarawa who described the purchase as “…an indication of the government’s determination to assist the transport sector in adding to Tanzania’s GDP.”

The transportation of these thousand-plus wagons are no walk in the park, it will take at least 12 months to deliver all 1430 wagons to Tanzania from the People Republic of China.

That being the case, it is expected that the last batch of wagons will arrive in Tanzania around Valentine’s time next year in February 2023.

The SGR, a 1,637 kilometres of railway, is actually a rail renewal project upgrading from the old metre gauge that was built during the colonial era. However, upgrade here does not mean removal and replacement of the old rail no. The Standard Gauge Railway (SGR) actually runs parallels the old rail.

As mentioned, the SGR network from and to the port city of Dar es Salaam, again to and from Kigoma on Lake Tanganyika, and again to and from Mwanza on Lake Victoria as well as across the water bodies to the neighbouring countries of Burundi, Rwanda and Uganda and all the way to Africa’s heart in the Democratic Republic of the Congo.

Upon completion, the SGR is expected to cut freight expenses by almost half (40%). Just to put things into perspective, the freight train is estimated to transport a whopping 10,000 tonnes per trip, which is the equivalent to what would otherwise need at least 500 lorries to transport.

There are numerous investment opportunities all along the 1,637 kilometres of railway. Investors, both local and foreign can now take advantage of mining expeditions in all mineral-rich towns all along the railway.

There are rich agricultural lands all along the SGR offering huge investment opportunities for raw exports as well as value addition options.

Other than transporting cargo from the interiors, the opposite is also true, investment options lie in supplying all the cities and towns through which the railway snakes with finished consumer goods as well as raw material from various construction works that are bound to take place as the existing towns grow.