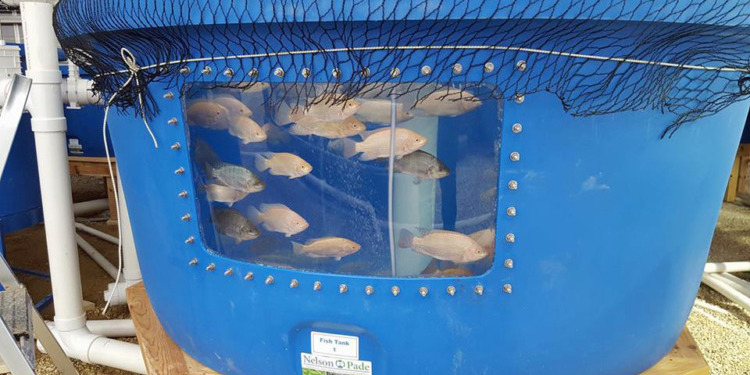 Despite the country's low consumption of fish, which the Food and Agriculture Organization (FAO) estimates at 7.6 kilograms per person per year, fish makes up a considerable (19.7 per cent) part of the country's animal protein intake.

Tanzania, like many African countries is well endowed with numerous fresh water and salty lakes, and a huge tract of the Indian Ocean but its fish production does not meet its own consumption demand.

Despite the country’s low consumption of fish, which the Food and Agriculture Organization (FAO) estimates at 7.6 kilograms per person per year, fish makes up a considerable (19.7 per cent) part of the country’s animal protein intake.

Nonetheless, production remains very low, and this is true for most other parts of the continent as well. Even though Africa has some of the world’s largest water bodies and is surrounded by the Atlantic on the West and the Indian Ocean on the East, the Mediterranean Sea in the North and the merging of the Atlantic and Indian Oceans to the South, the continent contributes only a small percentage of the global fish supply.

Tanzania is looking to change this fact. Following a presidential order to boost fish production, the country is embarking on a gigantic project to harvest 12 tonnes of fish per month.  Undertaken by the country’s National Service (military branch) the project is expected to also produce more than 200,000 fish seeds.

Head of Project, Lieutenant Joseph Lyakurwa said the fish farming project is meant to produce fish seeds to be supplied to small scale farmers who in turn will rear them in their ponds, increasing the national fish production.

He said the project, located in Morogoro on the outskirts of the commercial port city of Dar es Salaam, embraces modern farming techniques. Located on a two acre farmland, the project will rear the fish in 26 aquatic tanks using a round flow system.  “This is the first of its kind in the country,” the Lieutenant said.

The project will include breeding, rearing, and harvesting of fish using organic manure to grow plants and algae for the fish to feed on. The project will focus on only producing tilapia and is the largest in the country.

The fish farm will also serve as a training camp for youth and also a research center for academics and students from higher learning institutions pursuing aquatic sciences.

In a recent directive, President Hassan has ordered the ministry of Livestock and Fisheries to increase the country’s fish production, targeting both fish for consumption as well as seeds for supply to small scale fish farmers.

Despite its huge potential, there is little fish farming activity in Africa. Around 90 per cent of farmed fish come from Asia, with Sub-Saharan Africa accounting for less than 1 per cent of the global production.1

In fact, Africa has been experiencing a seafood deficit since 2001 which has been growing by 13 per cent every year. These figures demonstrate that increasing production of farmed fish would find a ripe market in the continent, in addition to generating numerous job opportunities.

Notably, over the recent past, there has been a significant increase in fish farming with larger-scale investments in Egypt, Nigeria, Uganda and Ghana according to the FAO.  The region recorded a twenty-fold production increase from 110,200 to 2,196,000 tonnes between 1995 and 2018. This increase is substantial representing a compound annual growth rate of 15.55 per cent declares the FAO in its report.

However 99 per cent of this production is from the inland freshwater systems and is mostly dominated by the culture of indigenous and abundant species of tilapia and African catfish.

Despite access to all the world’s oceans, mariculture only contributes a meager 1 per cent to the total production quantity, again leaving room for huge investment opportunities yet to be seized.

The fishing sector supports the livelihoods of 12.3 million people of which more than a quarter are women who are often considered to be among the poorest and most marginalized group on the continent.  The fishing sector therefore plays a significant role in gender parity and financial inclusiveness—reason enough for African governments to invest in the sector.

However, fish farming in Africa faces enormous challenges, which are limiting the capabilities of local governments to ensure the sector’s sustainability and profitability.  The main constraints to the development of aquaculture include lack of improved fish breeds, poor feeds and technical training, weak research capacity, inadequate financial resources, poor market infrastructure and access, as well as weak governance and regulation.

There is also the issue of post-harvest losses and waste. It is estimated that post-harvest losses claim over a quarter of fish harvests in Sub-Saharan Africa. Added to these challenges is the issue of capital intensive cold chains without which, Africa has little hope to increase efficiency and profits for its value chain actors.  The OECD-FAO Agricultural Outlook recently projected that per capita fish consumption will grow on all continents except Africa.  From both food and nutrition security perspectives, declining African per capita fish consumption will affect millions of malnourished people as fish provides valuable micronutrients and protein – FAO.

Rwanda, the Silicon Valley of Africa

The beautiful game….and a glorious investment!