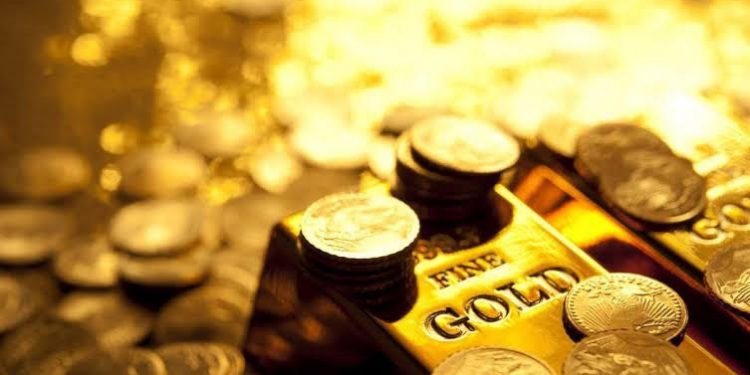 According to the Ministry of Minerals, during the fiscal year of 2017/2018, the sector was set to collect over $ 84.3 million, but exceeded the target and reached 155 per cent of the target, which is over $ 130 million

by Padili Mikomangwa
in Extractive and Energy, Investing, Tanzania
0
Share on FacebookShare on LinkedIn

The government of Tanzania,  has carefully laid out its plans to boost the mining sector in the country.

The country is now adopting robust measures, within legal and operational lines to ensure the country gets optimum benefits from this. It has also announced plans to set up trading centers are established as well as spruce up value addition efforts.

Since Tanzania’s President John Magufuli came to power, various strategic sectors have been under heavy scrutiny and vital changes, necessary for a robust Tanzanian success story, primarily the minerals sector—a rather high-earning sector in Tanzania.

From the Acacia Mining saga to local securing sustainable small miners’ welfare, the government has immensely waged its efforts to improve mining operations and minerals trading in Tanzania, including: the erection of the Mererani wall (3 meters high, 24.5 kilometers long and worth over $2.6 million) and establishment of minerals trading centers across the country.

The latter saw, a significant reduction in Tanzanite trafficking over space and time, whereby production rose from 145 kg (2017) to 781 kg (2018)

At present, the government of Tanzania is placing necessary efforts to establish trading centers in most of the regions, across the country, security and infrastructures being at the core part of consideration.

However, the mineral trading centers stand to prove billions to the sector, which has been experiencing major face-lifts over the past 3 years.

According to the Ministry of Minerals, during the fiscal year of 2017/2018, the sector was set to collect over $84.3 million, but exceeded the target and reached 155 per cent of the target, which is over $130 million

It is crucial to note, the vital role played by the Tanzanian government, to remove the withholding tax (5 per cent) on small-scale miners and 18 per cent Value Addition Tax (VAT) on mineral dealers, which was waved per mineral sale.

In consideration of the sub-sector compelling production numbers, it is with no doubt that: the latter will certainly yield and influence further developments in the sub-sector, necessary for growth.

READ: Tanzania and Acacia: The Mining Ban that produced millions

Further, the mining industry contributed over 5.07 per cent to Gross Domestic Product (GDP) by 2018, this being a significant increment attributed by the ongoing reformation in the sector, compelling wider transparency actions from vital players and effective management of the industry, including environmental protection and local content adherence.

The latter was a positive result from President Magufuli’s government, after small-miners rallied their lamentations before him, during a special meeting with mining industry stakeholders on January 22, 2019.  Trading centers were among the crucial aspects raised and its realization stands to benefit local miners greatly, only if utilized strategically.

READ: Acacia Mining: what next, after Tanzania resumes gold exports

On the same mark, the latter was attributed by production volume increase and world commodity prices—gold prices shooting up due to higher demand

According to the Ministry of Minerals, until March 2019: about 27,550.9 kilograms of gold were produced in Tanzania and exported. The latter was accounted from large and medium scale gold miners, including STAMIGOLD (state-owned gold mine).

However, from the latter grand-total, about 2,214.99 kilograms were produced by small-scale miners. In addition, the Mining Commission of Tanzania, indicates tax-collected from gold production, from July 2018 to March 2019 accounts for 83 per cent.

In Geita, were potential gold lies, crucial benefits stand to be won, especially since the region has ascended in contribution to the government, from $ 10.6 million in 2010/2011to $ 49.8 million in 2018/2018, as indicated by Ministry of Minerals.

In that context, local miners have a huge role to play in stimulating trading centers and create a whole new stream of professional minerals trading. In that case, the potential that exists is great and should be utilized, especially after gold production rose in 2018, between January to June production stood at 662 Kg (worth over $ 21.2 million), to 973 kg (worth over $ 33.4 million) between July to December.

Further, the latter contributed greatly to government earnings from small-miners mining activities, from over $ 1.4 million to $ 2.3 million in that respective period.

In March 2019, during the official launch of the  Geita Gold Market, the Ministry revealed that, up to February 2019, the region had requested up to 12 gold dealers applications, 86 gold brokers licenses, 18 dealers licenses and over 1000 small scale mining licenses.

This shows that the region has much to offer to the sector. The gold market cost over $ 235,590 thousands to build, fitted with auctioning and exchange services, clearing and storage facilities, banking and revenue related services.

Further, the government has established “Centers of Excellency” which stand as value addition streams, primarily on license processing and offering training to interested individuals in the sectors on proper mineral processing, cutting and other value addition processes. There are 7 centers established across the country, costing over $ 4.8 million to build.

It is vital for the Tanzanian government, to recognize the huge role played by the small-scale miners over space and time, and compliment their tireless efforts.

It goes without saying that: the government has waved significant efforts to improve the sub-sector, but—value addition strategies ought to be robust to fit within the current mining industry stream, demanding highly skilled human capital, high technology, and strong financing.