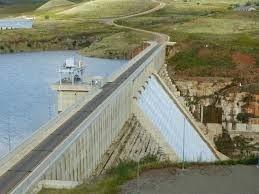 The Tanzanian government on 24th April, 2019 released Tshs.688.65 billion ($299.4 million) in advance payment to the contractor of the 2,100 MegaWatts (MW)Rufiji Hydroelectric power project ahead of the start of the construction in June.

To be implemented jointly by Arab Contractors and Elsewedy Electric Company the project is now in mobilization stage which includes setting up of enabling infrastructure such as houses, roads and water prior to its official commencement.

Speaking during the handing over event, the Treasury Permanent Secretary Doto James said that payment was part of an estimated Tshs.6.5 trillion ($3 billion) to be wholly funded by the government.

`The issuance of the advance payment marks a crucial milestone towards commencement of the implementation of the project which upon completion will play a pivotal role towards realization of Tanzania`s industrialization strategy and attainment of middle income status by 2025, ` he declared.

The project will also improve irrigation agriculture, water supply in Dar es Salaam and Coast regions as well as enhancing tourist activities in the Selous Game Reserve. The dam is expected to create a flood plain downstream that can support crop production of 450,000 tonnes of paddy, 7,000 tonnes of maize, 3,000 tonnes of cotton, and some vegetables which will boost agriculture contribution to the GDP which stood at 26.4 per cent in 2017.

For his part, Energy Permanent Secretary Dr. Hamis Mwinyimvua said the project which will be implemented in 36 months to generate 2,115 MW represents a greater power source than all electricity generated from all other sources in the country, which currently stands at 1,602 MW.

He assured the contractors of full government support, urging them to work hard and with due diligence to ensure quality work.

Mohamed Hassan, the deputy project director of Arab Contractors commended the government for its solid commitment towards the implementation of the project. The consortium shall work to ensure that they provide quality work and within the set time frame.

`We appreciate the government of Tanzania for paying us on time. Our job now is to produce quality work, ` he told the gathering.

On December 12, 2018, the government signed a Tsh.6.5 trillion ($3 billion) landmark deal with Arab Contractors to implement the project.

The signing of the deal was witnessed by President Magufuli and Egyptian Prime Minister Mustafa Madbouly in Dar es Salaam.

Also read: Tanzania and Egypt to forge ahead with $3 billion dam project