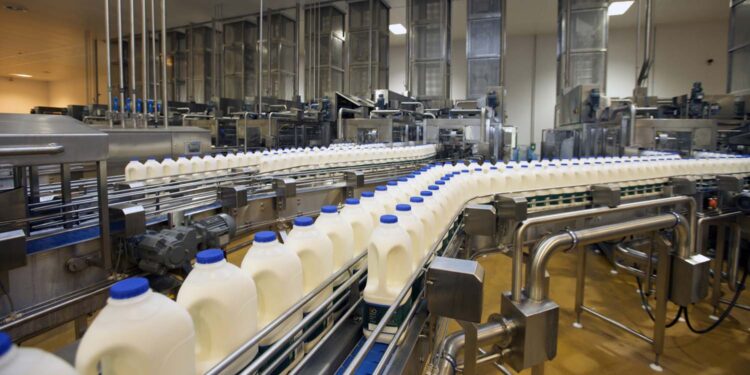 by Giza Mdoe
in Industry and Trade, Kenya, Tanzania, Uganda
0
Share on FacebookShare on LinkedIn

Ugandan milk and milk products are still suffering at the borders of Tanzania (and Kenya) leaving a sour aftertaste on said party relations.

It was only September last year that Uganda and Tanzania locked horns with the former filing official complaints against the latter for alleged breach of the Common Market Protocol. Uganda filed a complaint with the East Africa Community (EAC) Council of Ministers accusing Tanzania of an alleged violation of Article 18 of the EAC Common Market Protocol’s treatment of the Most Favoured Nation.

According to Uganda, Tanzania was imposing unfair charges on its traders. Uganda complained that Tanzania was charging its truck fees way higher than it was charging other trucks using the same border and road.

The allegations hold that Tanzania was charging Ugandan truckers up to $500 toll fees per truck yet it charged only $152 for Rwandan and other trucks. The road fees are not all. Uganda argues that its trade volumes are being affected by other non-tariff barriers including but not limited to restrictions on exports such as sugar and milk.

That being said Kampala did not only file a complaint but also threatened to retaliate.

Uganda exports to Tanzania was recorded at $122 Million in 2021, according to the United Nations COMTRADE database on international trade and Tanzania exports to Uganda clocked in at a whopping $1billion last year. With a total annual trade worth over $171 million between the two neighbours, the need for a resolution was, to say the least, a must.

As of January 17th through to 19th this year, the two countries came to the table and ironed out their differences, in the Ugandan capital of Kampala. When the meeting ended, the two sides had unconditionally signed for the removal of all non-tariff barriers between them.

The sit-down was part of the fourth session of the recently formed Joint Permanent Commission (JPC) between Uganda and Tanzania. The two sides also agreed to appoint parties within all ministries, departments and agencies across the two countries to coordinate, follow up and ensure quick and full implementation of the resolution.

Uganda’s Minister of State for Foreign Affairs (Regional Affairs), Hon. John Mulimba opened the session recalling the last time the Commission sat down was in September 2019. At that meeting, several decisions were agreed on to further strengthen relations between both countries.

This fourth session was convened to review progress towards the implementation of decisions made and identify new areas of cooperation. Equally important was the establishment of reporting mechanisms to be done through mid-term reviews every six months at the Permanent Secretary level.

Milk demand projected to increase by 3.5% in Dar

Other than the trade issues, the session examined and harmonized implementation of decisions across various sectors of bilateral cooperation including immigration, education, transport, communication, defence and security, energy and mineral development among others.

The meeting was a success to say the least, however, it still remains to be seen whether in the wake of the meeting, Ugandan truckers will pay less at the Tanzanian border. With a six month reporting period, a lot can transpire in the interim.

It is now going towards a month since the January sit-down and no ground reports have been publicized as to whether the toll fees have been harmonized for Uganda to match other EAC charges at the Tanzanian border.

However, speaking during the meeting, Uganda’s Foreign Affairs Minister, Gen Jeje Odongo expressed confidence that all will be well.

“I am delighted to learn that both delegations have heeded to the call by our two Heads of State to work together to eliminate all non-tariff barriers to facilitate trade between our two countries. Trade is an important element for our mutual growth and prosperity,” he declared.

As to other areas of cooperation, the Minister cited the Tanzanian led Standard Gauge Railway (SGR) that will traverse both countries easing trade and, certainly removing the road issues that still hover.

He said the rail, “…will enhance connectivity and will reduce our transportation costs, increase the attractiveness of Uganda as a business hub which will go a long way in improving the lives of our people.”

Another major area of cooperation between the Pearl Of Africa Uganda and the Roof Of Africa Tanzania, is the East African Crude Oil Pipeline (EACOP) Project. The 1,443km pipeline that will transport crude oil from Uganda to Dar es Salaam Port in Tanzania is expected to increase foreign direct investment (FDI) for both countries.

With an estimated US$3.5 Billion investment capital that is meant to cover construction and operation of the pipeline, the project is expected to up FDI of both countries by a whopping over 60 per cent and that is only during the construction phase.

With such large figures at stake, it was imperative that the two countries bury the hatchet and in fact, the parties went ahead and signed an MoU between their defence ministries for security for the pipeline.

What is the Uganda, Tanzania Joint Permanent Commission?

The Joint Permanent Commission (JPC) is a body comprising of delegates from both Uganda and Tanzania including ministers, permanent secretaries and government technocrats as well as other key stakeholders. It brings together companies and businesses including manufacturers, importers, exporters, clearing agents and transporters to mention but a few.

The JPC serves as a vehicle to discuss opportunities for trade between the two countries and identifies challenges to be resolved.

In 2019, a Tanzania-Uganda business summit was held in Dar es Salaam, where the former Tanzanian president John Magufuli urged for resolutions.  He insisted that the existing barriers to trade and cooperation can be resolved. At that meeting, the late President Magufuli and his Ugandan counterpart President Museveni resolved to address these barriers.

The two Heads of State ordered their responsible ministers to meet, identify barriers and bottlenecks and charter a resolution. Three years down the road, barriers persist, the least of which includes the toll fees on Ugandan truckers.

It is now hoped that this last sit-down of the JPC will realize the intended cooperation and actually remove the existing trade barriers.

Gold Fields Limited proves it's agility despite the age