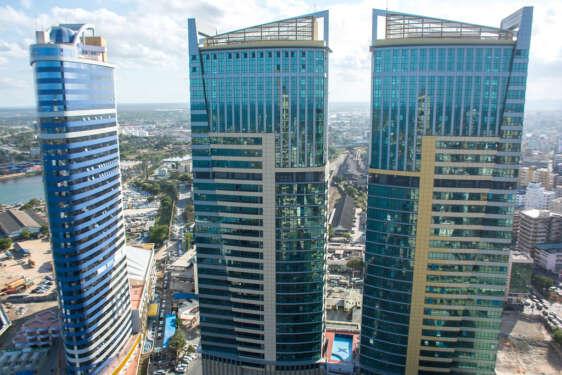 Tanzania’s economy is expected to grow at a rate of 5.4 per cent in 2020 compared to earlier estimates of 6.9 per cent.

The year 2020 had a lot of events across the development aisle, and Tanzania’s economic upgrade from low to lower-middle-income status by the World Bank (WB), is worth noting as one of the success stories.

There have been a number of forecasts on the economy of Africa and Tanzania at large, with a variety of predictions which point at different directions.

On June 11 2020, the Tanzanian government confidently, via the Ministry of Finance and Planning stated that the nation’s economy is expected to grow at a rate of 5.4 per cent in 2020 compared to earlier estimates of 6.9 per cent.

Despite the setbacks the pandemic brought, the government remained adamant in shielding its pristine economic pillars, ready for full steam ahead soon after the economy reopened, on June 1, 2020.

On July 1, 2020, the world woke up to the WB announcement that the Tanzanian economy had been upgraded from low to lower-middle-income status (LMIC).

The upgrade was not a surprise to many, as Tanzania’s government had kept the pressure up on various strategic fiscal avenues, particularly in mining, transport and communications, and agriculture, where necessary policies have been put in place to draw out all benefits to the nation’s economy.

This new reality that Tanzania has earned brings with it so many hopes and questions at the same time.

How can Tanzania maintain the status amid various economic hurdles it faces, and can it maximize its reach and score higher towards the echelon of excellency?

William G. Battaile, the World Bank Lead Country Economist and Program Leader, produced a detailed breakdown on the exact nature of the status and its auxiliary affairs, which is also worth looking at.

With its curated industrialization agenda, Tanzania can draw all necessary potentials and implement effectively its Development Vision 2025 with flying colours.

The status and what it means

In understanding the status, one has to know four income groups assigned by the World Bank.

According to the Battaile there are low, lower-middle, upper-middle, and high-income countries, and the classifications are updated each year on July 1 by the Bank’s Development Data Group using the gross national income (GNI) per capita in current US dollars for the previous year, against all thresholds adjusted annually for inflation.

This breakdown made by Battaile particularly the GNI numbers that were used for classification 2020 do not yet reflect the impact of COVID-19.

The data utilized in the calculations are made open on the World Bank’s Open Data Catalog.

Tanzania has been a vibrant economic collaborator and competitor across the East African Community, hence this economic upgrade presents great motivation for the country to expand its trading operations further and inspire the realization of East Africa Community economic objectives.

Battaile went further and analyzed other auxiliary affairs related to the change in classification for Tanzania.

There was a considerable increment in GNI per capita for Tanzania, from $1,020 in 2018 to $1,080 in 2019—this means it exceeds the previous year threshold of $1,036 for classification of lower-middle-income status.

As Tanzania is being currently classified as a LMIC, Battaile argues that, “The upgrade for Tanzania is the product of the country’s strong economic performance of over 6 per cent real gross domestic product (GDP) growth on average for the past decade”.

Further, the new economic status is not a result of one administration—it has been a long-time commitment, rooted from the third administration led by the late former President Benjamin Mkapa, who sowed the seeds of a free economy, market liberalization, globalization, and industrialization by streamlining strategic economic policies and initiatives to realize Tanzania’s economic vision.

Then the fourth administration led by President Jakaya Kikwete ushered the country into a new era of attracting sound and sustainable investment, but strived to push Tanzania to a whole new hallmark being one the fastest growing economies in Africa and the world.

In sum, it has been a long time coming scenario and it is not surprising that it came amid the pandemic recovery period.

Tanzania has been building upon its development strategies over the years especially by the Tanzania Development Vision (TDV) 2025.  With the new status, questions linger as to whether the TDV goals have been met to some extent, or has Tanzania not even scratched the surface?

In light of the vision’s solid objective to awaken, coordinate and direct the people’s efforts, minds and national resources towards core sectors (mining, communications, agriculture and transport) to advancing the economy, Battaile argues that the country is on the middle ground to achieving the objectives of the TDV.

“Per capita income is the formal criteria for low- and middle-income countries (LMIC) classification and Tanzania has now crossed the threshold for lower-middle-income status. But this is only part of the picture. TDV 2025 is much broader, and envisions Tanzania as a middle-income country in 2025, characterized by high-quality standard of living, peace, stability, and unity; good governance; a well-educated and learning society; and a competitive economy capable of sustainable growth and shared benefits wherein every Tanzanian ought to fully participate in building, and equally, reaping the benefits the country’s progress achieves.  Increased GNI per capita is not enough to determine status. Investing in both human development and physical capital is key to achieving these broad goals and improving the quality of life for all Tanzanians,” Battaile clarifies.

Throughout the actualisation of development, sustainability is key towards the accomplishment of any agenda and Tanzania is on the hot-seat as it faces the million-dollar question: how will it retain its LMIC status?

In the past 10 years, there have been 23 cases of countries slipping back to MIC, with various reasons contributing to the slide, including natural disasters and conflicts; others were macroeconomic instability from high reliance on natural resources and weakened debt sustainability due to mismanagement of macroeconomic policies (Battaile).

Mr. Battaile also brought up the Tanzania Economic Update report that highlighted the shocks of the virus as one of the factors that could affect the maintenance of the status.

“The pandemic comes at a time when poverty reduction in Tanzania has lagged despite strong economic growth over the past decade. “As a result, many people have remained vulnerable to falling back into poverty amidst any shock. This underscores the need for stronger policies and investments in safety nets and human capital to ensure future resilience,” says Mara Warwick, World Bank Country Director for Tanzania, Malawi, Zambia and Zimbabwe.

However, Tanzania seems to have its affairs in order. According to its central bank economic bulletin for the quarter ending September 2020, headline inflation has been subdued at an average of 3.2 per cent.

Further, the bulletin marks that banks have maintained accommodative monetary policy conditions geared towards cushioning the economy from the adverse impact of COVID-19 pandemic and supporting the growth of credit for the private sector.

Also, Tanzania is currently adopting its tailored taxing philosophy that is entirely fenced around independent development funding, wherein most of the ongoing projects are domestically funded by Tanzanian taxpayers.

Hence, as Battaile highlighted in his publication, Tanzania is carefully treading on macroeconomic management to implement its development goals amid the current global economic situation.