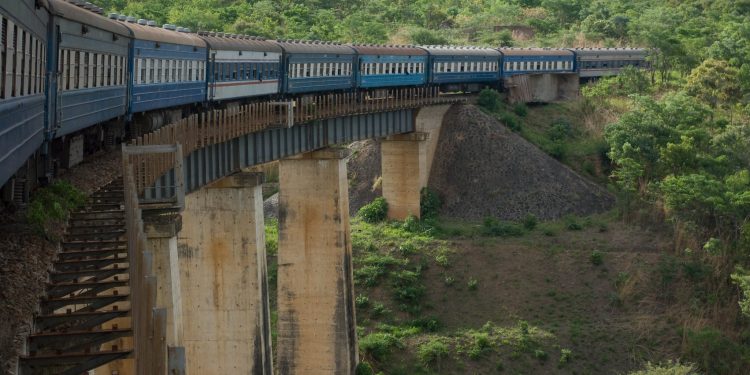 It’s no secret that Zambia’s economic situation has gone from bad to worse over the years. In mid-2018 the country’s debt reached 9.4 billion USD and has become worse as we stand in 2020, in just a period of 2 years (Ofstad & Tjønneland, 2019).

In May 2020, the Tanzania-Zambia borders were closed due to the pandemic, however, the reopening of trade between the two countries seems to be normalized as nations are now gung-ho in pushing cross border trade.

Currently, the country’s inflation rate stands at 15.7% nearly three times that in 2012. Further to this, current economic indicators demonstrate a significant contraction of the economy, shrinking 2.1% in 2020 to date. Partial reasons include the current pandemic, however, in comparison to Tanzania, Zambia is fairing much worse.

On the other hand, the graph above illustrates how Tanzania has constantly developed its country from the year 1990 to 2019. As stated by the World Bank, Tanzania’s economy is steadily growing and improving even now.

National economic growth stands at approx. 5.7 percent during the first quarter of 2020, even though the country achieved a 6.2 per cent growth prior to that. The Covid 19 outbreak and current elections are two key factors for the decrease in projected economic expansion, not to mention that much of the country’s foreign exchange is also dependent on tourism, which has decreased dramatically due to the pandemic. Despite this, the government expects an output of 5.5 per cent, even though World Bank estimates indicate a 2.6 per cent output.

One significant feat the country has achieved is stabilizing national inflation. As of September 2020, the inflation rate decreased to 3.1 percent down from 3.3. percent in August 2020. Its been recorded as the lowest inflation rate since March 2019, mainly due to the increase in mineral exports, which has been seen as a boon to the national coffers, adding resound confidence in government control.

Tanzania and Zambia are one of the oldest allies in the region and together formed the front-line nations for independence for neighbouring African nations. These two countries have a solid trade relationship which has proven to be beneficial for both parties economically.

Over the years Tanzania has continuously progressed towards economic development. This is as a result of sectors which contribute to its development like mining, agriculture, banking, financial, telecommunication, energy and industrial services. On the other hand, its counterpart Zambia has fallen victim to the massive national debt as a result of huge loans. Zambia has borrowed big loans for important infrastructures in transport, energy, and health. These loans were very beneficial for the country but at a cost, they left the country in a huge amount of debt. During this difficult economic time for Zambia, both countries have still kept a solid trade relationship with each other.

The trade relationship between the two countries has proven effective once more with the opening of the new 6$ million one-stop border post in Tunduma-Nakonde which was established on the 9th of October, 2019. This border post has the potential to liberate Zambia from its national debt, and better yet develop the trade between member states of the Common Market for Eastern and Southern Africa (COMESA), East African Community (EAC) and the Southern African Development Community (SADC).

Besides being able to improve trade between these three powerhouses of Africa, the Tunduma-Nakonde border post has more advantages to it like improving the trade value between Zambia and Tanzania. The trade value between Tanzania and Zambia was $89 million in 2010 but then took a massive leap to $265 billion in 2019. It’s clear to see how much of an impact the Tunduma-Nakonde border post has had on the trade relationship for both countries.

Another impact the Tunduma-Nakonde border post has had on trade is that it’s improved transportation speed. TradeMark East Africa (established in 2010) strives to improve trade in east Africa by reducing transport time and cost, they’ve gotten a step closer to this goal by funding the construction of the Tunduma-Nakonde border post. It took a period of about four days of waiting to get into the country, but with the construction of this new border post, that waiting time has been reduced to just one day.

The border post is Zambia’s first step to correcting its national debt problem, besides improving trade between the two countries it will encourage employment. In Zambia, thousands of traders across the country’s borders bringing in revenue from informal trade of beans, maize or rice that often exceeds that of formal exports and imports.

Allowing traders to flourish is one of the key ways to promote growth and create jobs across the African continent. Cross-border trade is also essential for reducing poverty, since the poor, including many women, are intensively engaged in the informal production and trading of goods and services.

In 2019 the total trade value of both countries amounted to $265 billion. In regards to the two countries’ good trade relationship, the Tunduma-Nakonde border post is not the first or last project created that will generate significant revenue for both countries. This is merely the first step to a journey to improve both countries economic status and help them develop.

As mentioned earlier Zambia and Tanzania have been trading for decades. The Tunduma-Nakonde border post is just one of the many successful projects that the two countries have carried out together. Another good project that the two countries have established together is TAZARA (the Tanzania Zambia Railway Authority) Railway which was built between 1968 and 1976 by Tanzan Tielu. TAZARA Railway is located in East Africa linking the port of Dar es Salaam in east Tanzania with the town of Kapiri Mposhi in Zambia’s Central Province. The railway generated revenue of about $44.10 million in 2016/17, the revenue gained has reduced in the current year due to factors like the COVID-19 pandemic.

Despite Zambia being in national debt, the country has a lot of natural valuable resources like Copper which it can sell to help close its debt gap. Zambia’s copper production raised to 342 734 tons in the first five months of 2020, the Zambian Ministry of mines said that the “Big Four Mines” Barrick Lumwana, FQM Kansanshi, Mopani and KCM (Konkola Copper Mines) mines have played a massive role in the production of copper this year. Zambia needs to get its copper to its buyers to get revenue from it and the best means of transporting this copper is through railways, in this case, TAZARA Railway.

The TAZARA Railway is Zambia’s best means of transporting goods from their country to other countries. This makes it a very important asset to Zambia because it ensures that all the country’s goods are transported safely to their respective destinations. TAZARA railway is another critical factor that boosts Zambia’s chances of overcoming its debt crisis by ensuring its sold goods reach their destination and that Zambia collects its revenue which it will then use to develop its country.

Tunduma-Nakonde border post and TAZARA are just two of many projects the two countries have established together, there are still more projects to come that will improve both countries economic position and develop them both.

In addition to improving trade among COMESA, EAC, and SADC, the Tunduma-Nakonde border post has given SADC a window to play an important role in the African Continental Free Trade Area (AfCTA) which was established on March 21, 2018. SADC (The Southern African Development Community) is an intergovernmental organization headquartered in Gaborone, Botswana. Its goal is to further socio-economic cooperation and integration as well as political and security cooperation among 16 southern African countries.

SADC’s primary objective is to improve socio-economic cooperation between its members, Mostly Zimbabwe, Mozambique, Tanzania, Botswana, and Zambia. On the other hand, AfCFTA’s primary objective is to create a single continental market for goods and services, with free movement of business persons and investments, and thus pave the way for accelerating the establishment of the Customs Union.

AfCFTA’s primary goal can easily be achieved with the help of SADC. To create a single market for goods, the countries involved need to have a healthy socio-economic relationship with each other. Socio-economics refers to the social science that studies how economic activity affects and is shaped by social processes.

In general, it analyzes how modern societies progress, stagnate, or regress because of their local or regional economy, or the global economy. SADC will prove to be a very important key in the development of the AfCFTA association over the years, in that its a very convenient way to increase trade among the countries effortlessly.