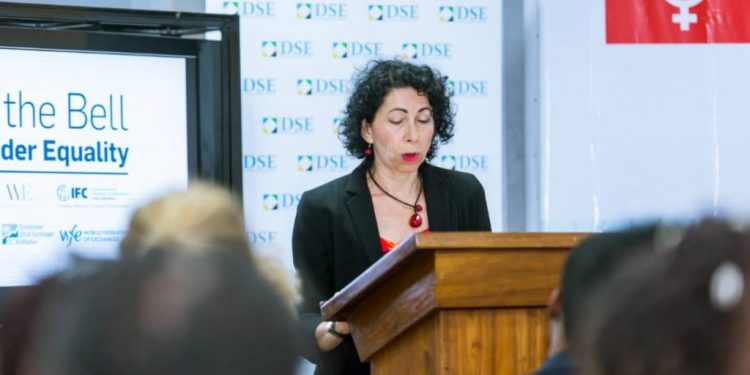 UNDP lauds Tanzania for execution of the Africa Mining Vision

AMV was created to ensure countries benefit from their mineral wealth

by Salum Mohamed
in Extractive and Energy, Tanzania
0
Share on FacebookShare on LinkedIn

Tanzania is on the right track in implementing the Africa Mining Vision (AMV)-a continental initiative aimed at seeing minerals drive development of endowed countries, it has been observed.

Speaking in Dar es Salaam on 9th May, 2019 during the regional dialogue on `Enhancing National Ownership in the mining sector, the United Nations Development Program (UNDP) Resident Representative Natalie Boucly said that Tanzanian government has undertaken key reforms which are constituent with the AMV principles.

The Africa Mining Vision was adopted by Heads of State at the February 2009 AU summit following the October 2008 meeting of African Ministers responsible for Mineral Resources Development. It is Africa’s own response to tackling the paradox of great mineral wealth existing side by side with pervasive poverty.

Boucly said it was according to the overall findings of the Gap analysis study conducted by UNDP in collaboration with the Uongozi Institute to analyze AMV integration gaps in Tanzania. Others were the review of the existing national legal and policy frameworks related to minerals and hydrocarbon with regards to alignment with the AMV (guided by AMV core documents such as the AMV Action Plan).

Tanzania is in the process of making amendments to the Mining Act of 2010 in an effort to ensure that all the mining companies have 20 per cent of their stake owned by the locals, in addition to employing locals to 81 per cent of the senior level positions and 100 per cent locals in the non-managerial positions. The benefits from mining are also to be shared on a 50-50 basis.

`Government`s commitment in implementing AMV at national level through a nationally owned country mining vision is likely to provide Tanzania with a leading role at regional and international level in promoting the increased contribution of the extractive sector to long-term socio-economic development objectives,` she said.

She said the findings of the analysis and the results of the dialogue will be key in shaping the interventions towards supporting the government in governing the extractive sector for socio-economic development of the country. UNDP is currently finalizing the designing of the project entitled `Tanzanian Extractive Industry Governance for Sustainable Development Programme`.

She added that UNDP will collaborate with the government and other partners in implementing this project, which among other things, will focus on supporting the Tanzania`s government in developing the CMV, and resource mobilization plan to support its implementation.

In early 2014, Tanzanian government submitted a request to UNDP to support the formulation of the Country Mining Vision (CMV) in Tanzania.

`I would like to assure our commitments in collaborating with the government in strengthening the capacity in governance of the mining sector. Through our various interventions, locally, regionally and globally, ` he said. `UNDP will work with your ministry and other partners to support this important sector, with the aim of enhancing the socio-economic development of the people, through poverty reduction and employment creation, ` she added.

In his opening remarks, the minister for Minerals Dotto Biteko said even though Tanzania does not have a CMV as the AMV guidelines, the policies, laws and regulations substantially embrace its aspirations.

The minister said full domestication of the AMV in the country was necessary in order to sustain the benefits from the mining sector; however, the domestication process needs to address pertinent issues.

He therefore, said successful domestication of the AMV in the country will certainly require all actors both public and private to commit their efforts towards realization of the sectors` aspirations and priorities. `I therefore call upon all stakeholders especially our key partners such as UNDP, United Nations Economic Commission for Africa (UNECA) and African Minerals Development Centre (AMDC) among others, to continue supporting the domestication process` he said.

The share of mining and quarrying activity to GDP in 2017 was around 4.8 per cent. Furthermore, the value of mineral exports was Tshs4.16 trillion ($1.8 billion) in 2017 equivalent to 14.2 per cent of the total export, with gold representing a higher value of the mineral exports.

First batch of the awaited 1,000 Chinese tourists arrive in Tanzania