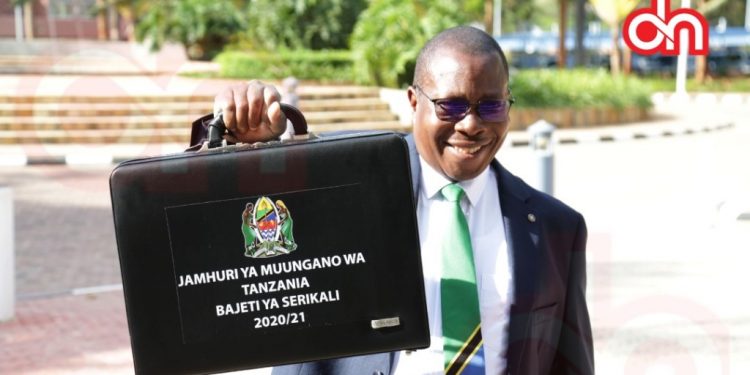 According to the Minister for Finance and Planning Philip Mpango, the government of Tanzania plans to spend about $15 billion in the 2020/2021.

The Tanzanian Minister of finance and planning, Dr Philip Mpango brought the fifth government’s revenue and expenditure estimates for the year 2020/2021 before the parliament, and around $15 billion was the requested budget to be endorsed.

The anticipated document—which is also the fifth national budget under President John Magufuli administration, was somewhat a mix of recovery from COVID-19 economic shocks, a progression of development initiatives and a rather relief to several sections of the economy, including scratching off some levies and giving income earners relief.

“The year 2019/20 is ending with unexpected circumstances resulting from the destruction of transport infrastructure caused by heavy rains/floods across the country as well as the Covid-19 pandemic. The government is compelled to allocate more resources.,” Finance and Planning Minister Philip Mpango told Parliament yesterday

Also, as Tanzania reopens its economy after assessing the trend of the pandemic, the minister said that “the government will allocate more resources to the health sector to fight against the Covid-19 and support other most affected sectors,”

In order to provide tax relief to employees by increasing their disposable income, the minister proposes that the minimum threshold of employment income not liable to tax be increased from $73 to $ 116 per month.

As the fifth government eyes more room for locals to revitalize the economy, the budget has incorporated an increase of the minimum exemption threshold of Primary Cooperative Societies liable to income tax from a turnover of around $21500 to $ 43190 per annum.

This measure aims to provide tax relief to Primary Cooperatives Societies including SACCOS since they have limited capital.

The winning spree went further to exclude local producers who produce 100 per cent for local supply from the list of those with exempted income derived by special economic zone.

In this context, the equity principle of taxation has been drawn to all producers, both in the special economic zone and those outside the zone who produce for local supply.

Further, the minister noted that in cushioning the economy from virus shocks, the government went along and reduced the discount rate by the Bank of Tanzania from 7 per cent to 5 per cent, lowered the Statutory Minimum Reserve (SMR) requirement by the central bank from 7 per cent to 6 per cent.

Also, in fulfilling the recommendations made on May 13, 2020, during the meeting of EAC Finance ministers, importation of raw materials that are used in the manufacturing of face masks, personal protective equipment (PPE) and hand sanitisers will now attract a zero per cent import duty from 10 to 25 per cent per year.

The agriculture sector has also been given special focus included within the budget relief section, whereby the implementation of the Agricultural Sector Development Programme II (ASDP II), which will include improving irrigation and market infrastructures, improving access to agricultural inputs and extension services, strengthening farmers’ cooperative unions including cooperative payment systems.

Key proposed fiscal measures for agricultural sector Exemption of VAT on agricultural crop insurance; Recovery of input VAT for exporters of raw products; Reduction of duty rate on agricultural seeds packaging materials from 25 per cent to 0 per cent. Infrastructure and construction

Dr Mpango proposed the abolishment or reduction of sixty fees and levies that were charged by Ministries Departments, Agencies and Regulatory Authorities, which he argued that is meant to improve the business environment, taking into consideration processes as well as the impact of Covid-19 pandemic.

Further, the minister also proposed amendment of Section 60 of the Fair Competition Act will bind multinationals to payment of penalties only based on gross revenue received only in Tanzania instead of global gross revenue.

“In order to strengthen collection system of non-tax revenues from tourism and forest industry, I propose the collection of non-tax from these industries be managed by the Ministry of Finance and Planning through Tanzania Revenue Authority and be deposited in the Consolidated Fund,” Dr Mpango said.

Hence, all the non-tax revenue, collected from the sources, would be deposited in the consolidated fund instead of the existing retention system.

Further, according to the minister, the funds will later be disbursed to entities through the government’s normal budgetary allocation system.

To create an even playing field, the proposed budget indicated that owners of companies that operate under Special Economic Zones but who sell their products locally will no longer enjoy tax exemptions.

The government is also scrapping allowable deductions on contributions meant to support the government’s war against HIV/Aids and Covid-19.

Bank agents will now be required to pay a 10 per cent withholding tax on the payments they receive for undertaking the agency tasks. This is meant to create a level playing field between them and their mobile money counterparts.

However, the government is amending its Income Tax law to be legally included in the Global Forum on Transparency and Exchange of Information for Tax Purposes, all for the fair purpose of dealing with multinationals firms dodging tax.

Also, in what minister Mpango argue to be a measure that will increase government revenue to over 2 million, Tanzania Investment Centre (TIC), Tanzania Fertilizer Regulatory Authority (TFRA), National Identification Authority and the Government Procurement Services Agency will now be required to issue the mandatory 15 per cent revenue share to the government.

To enhance control of public funds, the minister argued that Treasury Registrar (Powers and Functions) Act: Cap 370 will also be amended to empower the Treasury Registrar so he can collect 70 per cent of excess funds held by any public entity.

Also, minister Mpango said the economy has been growing at an average of 6.9 per cent, higher from 6.2 per cent in 2015, fueled by massive investment in mega infrastructure projects.

READ: Tanzania’s measures to protect its tourism industry in wake of the pandemic