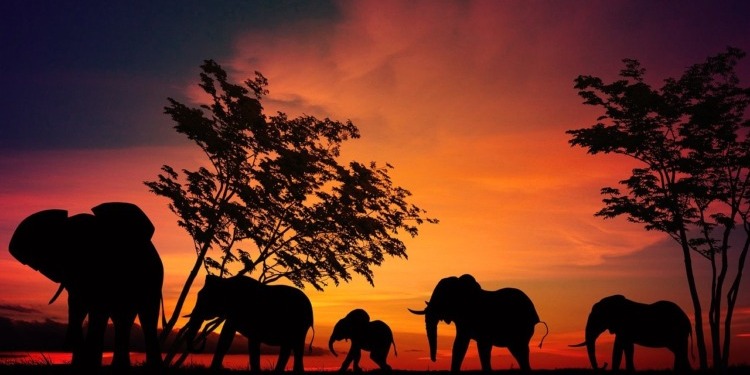 Tourism in Tanzania: The Exchange

Tanzania is home to one of the best tourism attractions across East and Central Africa.

What is Tanzania without the Serengeti?  One cannot mention Tanzania’s beauty without alluding to the amazing landscapes of Mikumi or the exhilarating hiking experience of the Kilimanjaro.  All these make up the tourism packet—perhaps one of the greatest in Africa— that Tanzania has in its economic arsenal.

Tourism is Tanzania’s notable primary foreign exchange earner, which brought in more than $2.4 billion in 2018, an increase of 9.1 per cent that time—from $2.2 billion in 2017 (Tanzania Invest).

In its pursuit of tourism glory, Tanzania has not been alone. Rwanda, Kenya and Uganda are right behind and even succeeding in bringing in interesting deals to the table. This is a positive challenge to Tanzania which is very well endowed with tourist attractions compared to its counterparts.

The success of tourism is greatly vital to Tanzania, as it contributes almost 17.5 per cent of GDP and 25 per cent of all forex earnings, but also employs more than 1.6 million people.

The pandemic has had a toll on tourism. According to information from The Citizen, former minister of Natural Resources and Tourism, Dr. Hamis Kigwangalla noted before the parliament that, “the devastating impact of Covid-19 on the tourism industry would see at least 477,000 jobs being lost and revenues dropping by 77 per cent if the pandemic was to persist beyond October this year (2020)”.

In that context, in the latest World Bank (WB) report, Tanzania Economic Update (2021), there is a huge untapped potential of the tourism sector that can drive the country’s development objective. While the pandemic did hurt Tanzania’s tourism economy, new ways of benefiting the sector emerged, offering sustainable growth that is inclusive and climate-friendly.

The WB document showed that tourism is at the core of the East African economy, especially to the livelihood, longevity, and poverty reduction efforts for women who “make up 72 per cent of all workers in the tourism sector”.

Further down the line, the sector saw different versions of change over the past two years. Tourism value grew over the past years, particularly in 2019, and emerged as the biggest forex earning sector, the second-largest contributor to GDP and the employment pool (World Bank).

On the semi-autonomous Zanzibar archipelago, the sector has also experienced rapid growth, accounting for almost 30 per cent of the island’s GDP and an estimated 15,000 direct and 50,000 indirect jobs. However, the report notes, only a small fraction of Tanzania’s natural and cultural endowments has been put to economic use through tourism development.

According to Zanzibar’s Chief statistician data, by October 2020, Zanzibar had received around 12,000 visitors compared to more than 50,000 in the previous year. This shows how much the pandemic dragged the profitable sector down into the doldrums.

World Bank Senior Private Sector Development Specialist and also co-author of the report, Shaun Mann, saw the tourism sector as a crucial pillar of Tanzania’s economy.  “Tourism offers countries like Tanzania with abundant natural and cultural endowments and access to many foreign markets,” he argued.

Tanzania was hugely impacted economically by the pandemic.  As indicated earlier, the government forecast the devastating loss of close to half a million jobs being lost with revenues shrinking by around 77 per cent if the virus persisted beyond October 2020, signaling for stronger mechanisms to protect crucial economic sectors.

“But the absence of tourism revenues, as we have seen during this pandemic, compromises the integrity and viability of not only endowments but also the economic, environmental and social ecosystems built up around those endowments,” Mann commented.

There are important things to understand when it comes to developing a stronger sector especially one that can sustain unforeseen setbacks from pandemics or economic slowdown.   In this case, the World Bank brings about an interesting take to the table, showing the effects of the deep cuts on tourism.

“The World Bank estimates that Tanzania’s GDP growth decelerated to 2.0 per cent in 2020. Business slowed across a wide range of sectors and firms, especially export-oriented sectors such as tourism and manufacturing. The report highlights the impact of the crisis on tourism specifically, which has had consequences beyond just the industry, given the many other sectors that support, and are supported by tourism. The 72 per cent drop in the sector’s revenues in 2020 (from 2019 levels) closed businesses and caused layoffs,” the report argued.

There are different means to draw more revenues to tourism apart from the traditional ones. Tanzania is geographically positioned to exploit its ecosystem services, which the WB highlighted as vital in this case namely carbon sequestration and biodiversity potentials which are “not efficiently priced and often generate little or no financial return”.

READ:Why tourism is unlikely to recover in 2021: UNWTO

The WB brought out five priorities for a sustainable and inclusive recovery that lay the foundation for the long-term transformation of the tourism sector.  As one of the co-authors and World Bank Senior Economist, Marian Bakanova argued, “The pandemic has created an opportunity to implement long-discussed structural reforms in the sector and use tourism as a leading example of improvement of the overall business climate for private investment”

One of the priorities is fused around creating an efficient, reliable and transparent business environment to curb red tape and several distortions and inefficiencies, blocking decisions on private investments, domestic and foreign.

As we live in the digital era and Tanzania is striving to close the digital divide and become a digitalized country, an information management system that consolidates data from tourists and firms, would be another key priority to be realized. In relation to this, Tanzania has seen the adoption of e-government applications over the past five years, wherein the government has created a one-stop licensing portal in the Ministry of Natural Resources and Tourism and a market-command-center at the Tanzania Tourist Board. This will enable policymakers to improve sectoral planning and identify viable investment opportunities, especially when systems are set a destination level to expand access to information on valuable demand segments and enable a swift response to changing market conditions (World Bank).

Further, another key priority highlighted was ensuring firms across the tourism sector and down the value chain have access to affordable transitional finance, but also having a strong and consistent grasp on promoting, monitoring and reporting on adherence to health and safety protocols.

The last priority argued by the WB was on developing co-investment and partnership arrangements to support nature-based landscape and seascape management, which is the new way of doing a huge service to the environment and reaping rewards at the same time, without depending much on tourism revenues. This is through deliberate investment in a wide range of ecosystem services, including carbon sequestration which is one of the vital climate programs which the WB argues could ease the government’s fiscal constraints and support locals’ livelihood at the same time.

Tanzania tourism industry is poised for remarkable growth when it incorporates strategic plans to realize the priorities raised by the WB.  For an emerging economy such as Tanzania, depending on traditional manners of exploiting tourism will not scratch the surface nor suffice the governmental fiscal pressures; additional strategies and planning as suggested by the WB are crucial, especially in these challenging times.