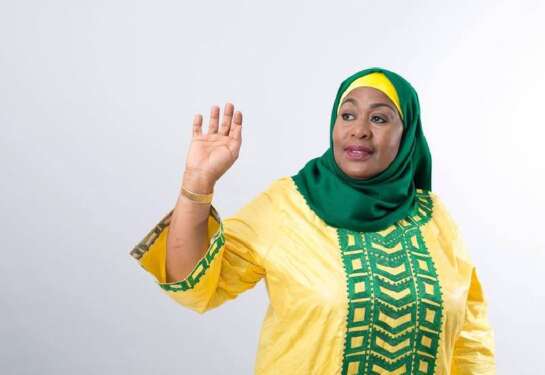 by The Exchange
in Countries, Tanzania
0
Share on FacebookShare on LinkedIn

As Tanzania mourns the loss of late President John P. Magufuli who passed away on March 17th, a new change for the country is coming with H.E. Samia Suluhu becoming Tanzania’s first female President.

She will join a small but growing list of African women leaders who will have transformed their country. But what does this mean for Tanzania?

In consideration that the first five phases of Tanzania’s Government were led by men, Her Excellency Ms. Samia Suluhu will embark on the 6th Phase of the Presidency, one that seeks to continue part of the Magufuli legacy, but with a dynamic change of her own flavor. 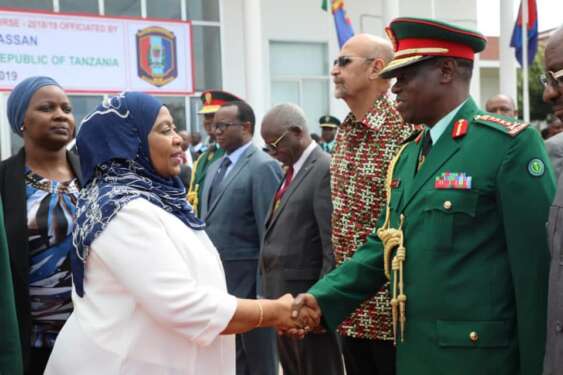 Many of these were to be presided over by the late President John. P. Magufuli, but with him only leaving Tanzania on rare occasions, Samia Suluhu has been the top most diplomat representing the country. By building the necessary relationships to represent Tanzania abroad, Ms. Suluhu has showcased her ability in leadership, notwithstanding her ability to lead the country in today’s global dynamic era.

For Tanzania, Ms. Suluhu’s representation among this small group is significant as it enables the country to stand as a leader across East Africa. 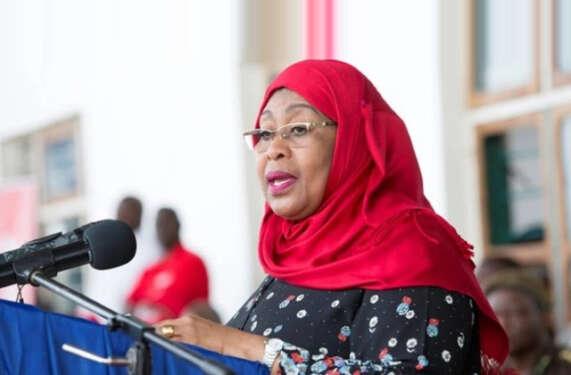 Her Excellency Samia Suluhu stands to be the 6th President of Tanzania and was the first female Vice-President in the 5th phase of the country’s government. Prior to her appointment as Vice President, she served as Member of Parliament in Zanzibar’s Makunduchi constituency, having been a previous Minister of State in the Vice President’s Office for Union Affairs in the Zanzibar Government, from 2010 to 2015.

Her early political career started when in 2000, she ran for political office and was elected to a “special seat” in the Zanzibar House of Representatives. She was nominated as a Minister by then Zanzibar President Amani Karume in his cabinet.

Thereafter in 2014, under President Jakaya Kikwete, she was appointed as Minister of State for Union Affairs for the United Republic of Tanzania before being appointed as Vice President by the late President John Magufuli in 2015.

H.E. Samia Suluhu is married to Hafidh Ameir and has four children. Her second child holds a special seat in the Zanzibar House of Representatives.

Tanzania and its empowerment toward women

Tanzania has always been exemplary in setting an example as a nation that sought to promote women in leadership. The country’s founding party TANU also included notable women leaders, but more importantly the role of women in society has been one that was championed by the late President Mwalimu Nyerere who was always supported by Mama Maria Nyerere, who until today is an advocate of women’s rights in the country.

Gender equality has been different in Tanzania, especially given that many Sub-Saharan African nations undervalue the role women have in society. Though in many instances women are marginalized, Tanzania’s approach to gender equality and women empowerment stands high, as the government sees women as one of the most critical factors for economic and social progress.

As a result, there are many women leaders in Tanzania, which is not a norm across many African nations.

Formidable women politicians in Tanzania include individuals such as:

Bibi Titi Mohammed who was one of the freedom fighters who fought for independence in Tanzania. She was one of the few women participants in TANU (Tanganyika African National Union) in the late 1950s.

Other formidable women leaders include:

Anna Abdallah  another unique figure who served as a member of the CCM Party. She was the former Minister of Health from 2000 to 2005 and served as the Minister for Public Works (1995-2000), as well as Minister of Agriculture and Livestock Development, including other Ministerial positions.

Amina Salum Ali was African Union’s first Ambassador the United States in 2007. Prior to this, she served as Minister of Finance for the Revolutionary Government of Zanzibar, and since 2015 has served as the Minister of Trade and Industry in Zanzibar.

Anna Makinda was Tanzania’s first female Speaker of the National Assembly and President of UNICEF at the international level. Miss Makinda was instrumental in bringing change and demonstrating leadership as a woman in Tanzanian politics during her tenure as speaker from 2010 to 2015.

Dr. Asha-Rose Migiro served as the United Nations Deputy Secretary-General and the UN Special Envoy for Africa assessing matters for AIDS and HIV.  Prior to her position at the UN, she served as Tanzania’s first woman Minister of Foreign Affairs and International Cooperation in 2006. Before that she served as Minister of Community Development, Gender and Children’s Affairs from 2000-2006.

Impact of covid-19 on pension schemes