Trade not Aid to Propel Africa to Greater Heights

by Evelyn Shumba
in Countries, Industry and Trade
0 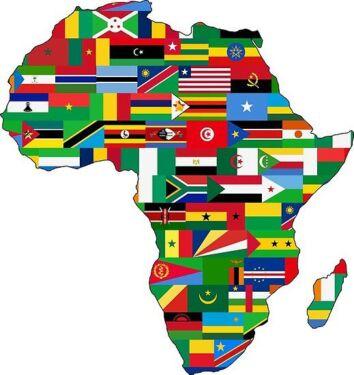 Former President of Senegal Abdoulaye Wade said this in 2002 during his reign; “I’ve never seen a country develop itself through aid or credit”. These words remain true to date, where we see different countries in Europe, Asia and America which achieved success through capitalist reforms and free markets. The fact that Africa remains the poorest continent despite receiving the most aid is a testament to the inadequacy of aid in achieving economic development.

Africa has utilised aid in financing development projects, importing some critical commodities and for technical assistance. Aid is inevitable, but it is the complete reliance on it that cripples the economy as it leads to complacency on the part of Africans. Not all aid is bad, it is the long-term financial transfers or loans aimed at improving the economic development that hurt the economy. Grants that are aimed at famine and disaster relief are of great assistance in easing the adverse situation.

How Tanzania did it – “Magufulication”

The late president of Tanzania John Pombe Magufuli showed that African states do not always need to seek solutions externally, but they grow their economies through hard work, dedicated policy changes and elimination of corruption. Just after his inauguration, the president embarked on a mission to eliminate unnecessary expenditure or losses and increase revenue collection. He diverted funds that were meant for Independence Day celebrations to anti-cholera operations, he also actively shook up the Tanzania Revenue Authority and Tanzania Port Authority to increase tax collection and also got rid of ghost workers through an audit of the public payroll.

President Magufuli was passionate about seeing positive change in his country and though he was met with criticism from other houses of thought who described his rule as authoritarian. He also embarked on a massive anti-corruption campaign. The results were quite pleasing, Tanzania got listed as one of the fastest-growing economies in sub-Saharan Africa by the IMF, with an average growth rate of 6%. In 2020 the World Bank admitted Tanzania into the list of Lower Middle Income Economies, a feat which was achieved 5 years earlier than had been anticipated.

Why Aid is not the solution to Africa’s Economic Woes

In some cases, aid has done more harm than good. It has increased the continent’s debt liability which often carries high servicing costs. Due to the high servicing costs of debt aid, budgets are continuously being heavily laden creating a vicious debt cycle, thereby leading to further impoverishment. In Tanzania an aid loan to build the Uhuru Dar-es-salaam road took more than 50 years to service, proving very costly to the fiscal budget.

Another issue of concern is aid “tying”, which refers to a requirement for aid recipients to spend the funds in the donor country. There are also instances in which aid is accompanied by some pre-conditions to be fulfilled by the recipient, usually politically motivated to suit the donor’s preferences. This proves to be costly as it limits the freedom of choice to select the cheapest or best service providers or suppliers of goods from the market. It also enslaves recipients by requiring them to abandon their own policies in favour of the donor’s dictations which may not be the most ideal for them.

As already stated aid dependency may lead to complacency and general inaction on the part of Africans. There is now a tendency to do nothing other than waiting on aid from the rich nations, whereas there are a number of more effective courses of action that can be taken to raise development funds from within. This has become a moral hazard and will lead to prolonged poverty in Africa.

As already demonstrated by Tanzania there are alternative ways of raising development funds independent of foreign aid. One most obvious example is through the fiscal policy, by cutting unnecessary expenditure, increasing revenue collection and reducing tax subsidies. There is great potential for increasing tax revenue through targeting the huge informal sector and enforcing compliance. Governments also need to eliminate non-essential expenditure from the budget and give precedence to priorities. Finally, there is a need to reduce exemptions and subsidies on certain goods and services and allow the market to determine prices, though it may cause an outcry from the masses it will benefit the economy in the long run.

According to research African remittances from the diaspora outweigh Western aid. If these diaspora remittances could be channelled to development projects in Africa, then there would be little or no need for aid. With the ever-increasing access to the internet, there is an unprecedented opportunity for global outreach, to ease communication and liaison with the diaspora. The prerequisites to tapping these remittances for development are; offering better more favourable remittance terms than informal channels and refining the financial infrastructure.

African countries could also explore the use of bond in the capital markets locally and abroad. To be able to do so internationally they would need to get credit ratings as countries. A stable macroeconomic and political environment is required to encourage this type of long term investment. Increasing foreign direct investment (FDI) is another way of improving development without seeking aid, most African countries already have policies in place to boost FDI. Another vehicle is curtailing corruption by actually bringing to book and convicting all corrupt elements.

If Africa continues to neglect the poor through bad policies and corruption, then there will be no development to talk about. Some of the continent’s Middle-Income Countries have enough internal resources for development such that they no longer require aid, what they need is assistance in designing programs that assist them to utilise their resources efficiently, to alleviate poverty.

It is important to note that Africa’s economies are on an upward trend and the continent is generally better off today than ever. This is despite the fact that as a whole, it remains the poorest continent. About 40% of African nations have already reached Middle Income Country status and more will do so by 2025. Africa has bemoaned the lack of development funds for too long, it is time the continent looks beyond donors to explore alternative sources of income. This will increase the pull of resources available for its development and reduce vulnerability to foreign aid.

Read also: How Foreign Countries Can Trade And Invest In Africa