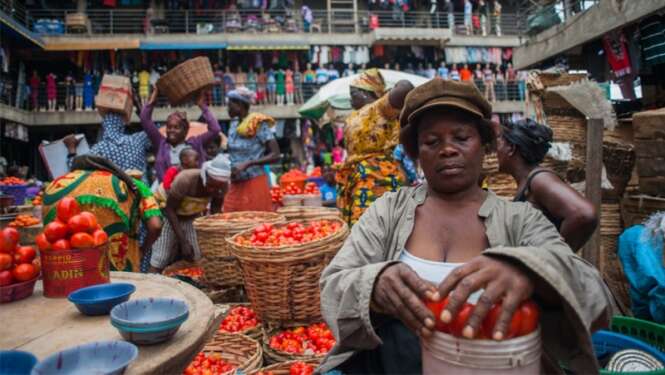 How Foreign Countries Can Trade And Invest In Africa

It is no brainer that many foreign countries have been eyeing Africa for trade and investments purposes. Africa is known of its rich mineral land and unexploited resources that mother countries have lacked required capital and technical skills to do it themselves from oil, diamonds, gold not to mention all the agricultural products such as coffee, tea, cocoa etc.

United States of America, one among the biggest ranked economies in the world has had interests in doing business in Africa since time immemorial, at the time when Vice President Richard Nixon after winding his trip in Africa recommended to then  President Dwight Eisenhower of the greater potential of drawing attention in Investing in Africa and so has been that not with U.S.A but the likes of China, United Kingdom, and other countries such as Japan as had their good sharable investment steps in doing business in the continent.

The Obama administration championed to suite U.S. initiatives by Introducing and running a campaign of Doing Business in Africa, Power Africa, and Trade Africa, while the Trump Administration transformed the Overseas Private Investment Corporation into the Development Finance Corporation, beginning negotiations for a free trade agreement with Kenya, and launched Prosper Africa – a U.S. government initiative that was meant to increase trade and investment between the United States and Africa.

However, the Interim National Security Strategic Guidance that was formed by the current U.S administration headed by President Biden made its way clear of partnering with dynamic and fast-growing African economies as well as ensuring that the growth promoted through its international commercial, trade, and investment policies was durable and equitable.

WHAT IS PROSPER AFRICA

The Prosper Africa is an initiative to leverages the full suite of U.S. Government services to help U.S. and African companies identify partners, advance opportunities, and close deals. Through private sector engagement, Prosper Africa creates jobs, drives growth, and fosters shared prosperity. This flagship program offers new and expanded support services to increase two-way trade and investment between Africa and the United States substantially. For every $1 of public funding, Prosper Africa is expected to leverage more than $9 in private investment, which will deliver billions of dollars in exports and investments and create hundreds of thousands of African and American jobs by 2026.

Although there have been unpleasing results from various initiatives undertaken by different U.S administration all meant to prosper their commercial trade and investment in Africa, there is still much room to do business here if all there are good programs to provide guaranties, equity, loans, and investment advice to U.S. companies, as well as landmark legislation, including the African Growth and Opportunity Act (AGOA) first passed in 2000.

Last year the United States did approximately $32.6 billion worth of trade in goods in Sub-Saharan Africa compared to 2019s $36.8 billion meaning that U.S recorded 1 percent less of all U.S trade in goods in the past two years.

In every business trade and commercial investment there are pro’s and con’s but risk taking must be a major soul driver to a flourishing and prosperous business entity to avoid stagnation. Prospective Foreign companies from abroad interested in doing business in Africa should develop a Consistent fair play in investment and shun the preconceived notions about the region. This bias has proved to be one of the key contributing factor to failure in trade in Africa, therefore foreign governments should be readily available to offer assistance and support business as well as real concerns around navigating enabling environments in the region. Prosper Africa initiative has worked well in addressing and shaping these issues by facilitating transactions and shaping future opportunities.

Media remains one of key business marketers in the world, often social media has proven to be a fast transmitters of information where positive and negative comments about trade are shared in Facebook, Instagram and Twitter, it should be noted either can be true or exaggerated to fulfil someone mind but at the end of it all this are opinion based especially when talking about trade and investing in Africa. Stories of Investors trading in Africa have not been well told to the world and if any aspects of negativity have always developed from within, Legitimate questions about why their company or sector should do business in sub-Saharan Africa have emerged and that is a critical obstacle.

If both Africa and Abroad media respective of country have sector-specific outreach and engagement, then the probability of doing business will be highly reciprocating. For example; Unethical reporting has left firms in leading U.S. sectors (like healthcare, agribusiness, and technology) underwhelmed and uninterested in what the continent’s economies have to offer. As several companies remained unsold on the opportunities and planned to stay away unless they had more exposure and received unvarnished market intelligence.

The abroad media has also tainted Africa with stereotypes and corruption as well as investment challenges. According to a University of Southern California study in 2019, references to Africa in the U.S. media are more likely to be negative than positive in both Twitter conversations and in entertainment programming hence pitching to Overseas Companies has proven to be difficult especially in U.S where  as a result of media reporting investors have developed a notion about Africa and countering this narratives and its exuberance to overcorrect has brought few companies around even deterring the discerning investors. The tired statistic that “7 out of the top 10 fastest growing economies are in Africa” has fallen on deaf ears for years, yet it is reflexively repeated by government bodies and international finance institutions.

Nothing really prospers without a rooted home support. It is time for abroad countries interested in investing in Africa should start supporting their own investors trading in Africa, this not only increases sales but also brings morale in doing business hence more expansion.

The governments agencies should shine light to companies seeking to invest in Africa on accessible market intelligence on African economies and also have Export assistance centers in embassies in relevant African countries. Look Countries supporting their investors such as China has been doing good business in Africa challenging the U.S that for decades despite its support programs it is struggling to deliver its support to domestic firms. For too long, U.S. companies have had to seek out departments and agencies for support one by one resulting in a frustrating process that deters future interest.

From point of view U.S. companies require predictability, enabling them to leverage consistent market intelligence, technical assistance, financing, political risk insurance, and in-country guidance to navigate country-specific bureaucratic hurdles. Consequently, U.S. companies have opted for foreign and domestic markets that are intuitively easier to navigate or where they can obtain greater support.

Having a successful and a significant trade and investment in the region one should not only navigate countries’ permitting processes, intellectual property protection regulation, and zoning rules, but also should have clear-eyed and hopeful about their prospects for success and have been able to piece together their Own government support across different agencies and departments. Investors should not only rely on the government to provide the ground knowledge of the market but it is also critical for businesses to make in-country connections to better grasp the complexities and vast regulatory differences across the region.

Governments should chip in support in creating harmonious business relationships from ground up and also in aiding in market search and awareness in technological advancement. These will fully see business trading in Africa succeed through a combination of perseverance, situational awareness, relationship building, and Overseas governments support can make the critical difference.

It is time to harness this momentum and prioritize sector-specific engagement and municipal outreach as well as media reporting by putting thriving businesses especially from countries such as U.S, China, UK businesses front and center. It is also imperative to get smart about offering technical assistance to African governments undergoing market reforms. African countries should also implement regulations that are more transparent and market friendly policies such as registration, the availability of trustworthy local auditing firms, non-strict government reporting requirements, and finally calm political temperatures.

Increasing two-way trade and investment between Foreign countries and Africa is a security priority. Not only because it will grow either of the economies, but it will also improve the quality of life of countless people, and spur environmentally friendly business standards in African countries, example U.S trading and investing in Africa will undercut foreign competitors who seek to use corruption and non-transparent dealings to establish political, security, and economic footholds on the continent. The U.S. government and businesses alike should be encouraged by recent developments, including the acquisition of Nigeria’s Paystack by Silicon Valley’s Stripe, the successful Series B funding round for African fintech company Chipper Cash with investments from Bezos Expeditions, and investments from Visa and Goldman Sachs in Nigeria- and South Africa-based fintech firms.

Talking about the United States of America trade and investing in Africa the current administration should evaluate themselves in trade and commercial policies as well as next steps for prosper Africa and implement this: