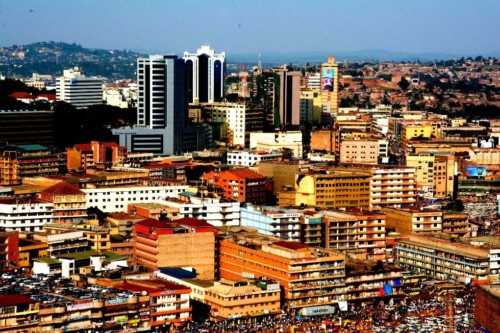 The World Bank said Uganda’s 7 per cent projected growth rate under the National Development Plan (NDP) III, given the current economic fundamentals is too ambitious.

National Development Plan (NDP) III, is a government-working document for at least the next five years. It will start this year in the 2020/21 financial year.

Speaking during a media briefing in Kampala about the country’s economic outlook, the World Bank senior economist, Mr Richard Walker, said the government’s capital spending continues to fall, dropping to about 8 per cent in the last two financial years.

Which he said has constrained Uganda’s fiscal policy which is characterised by low tax revenue to GDP ratio.
“Capital spending continues to fall short of expectations, diminishing the expected return from public investments. 5.3 per cent capital spending versing budget allocation of 6.4 per cent. This inability to really ramp up capital spending over the last few years is constraining the ambitions of Uganda’s national development plans for rapid growth and social-economic transformation,” Mr Richard Walker said

In the next five financial years, Uganda is to grow by an average of 7 per cent under the NDP III.
However, the World Bank senior economist warned that the current economic fundamentals are likely to affect projected growth.

“The economy is projected to slow down in the 2020/21 financial year due to the general elections scheduled to for 2021 (slow investments and economic activity),” he said.

He also noted that the continued delays in the oil sector and changes in oil prices present varying risks to Uganda’s growth prospect.

Mr Walker also warned that key regional and global factors such as slowed global growth, trade disputes with Kenya, and uncertainty regarding the relationship with Rwanda could undermine Uganda’s outlook.

According to Mr Walker, inflation within the Central Bank’s target of 5 per cent over the next year is expected to remain well. This will prevent price volatility fueled by the current good weather, among other external factors.