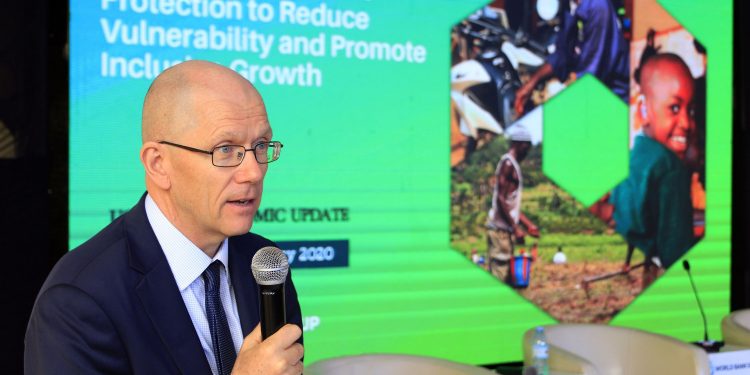 In its 14th Uganda Economic Update report, the World Bank said that the Net foreign direct investment inflows rose to 5.1 per cent of GDP in 2018-19 from 3 per cent the previous year.

Uganda’s GDP grew faster than initially predicted in the 2018-2019 fiscal year, but the growth is still not fast enough for the government’s lower-middle-income status and poverty reduction ambitions.

The World Bank said that data estimates released in 2019 by the Uganda Bureau of Statistics show that real GDP increased at an annual rate of 6.5% in 2018-2019, higher than its previous estimate of 6.2%.

According to the bank, the expansion maintains the rebound in economic activity recorded over the last two years. It was “driven by strong levels of domestic consumption and sustained levels of public and private investment.”

In its 14th Uganda Economic Update report, the World Bank said that the Net foreign direct investment inflows rose to 5.1 per cent of GDP in 2018-19 from 3 per cent the previous year.

“The construction sector continues to grow at double-digit levels. There has been a jump in manufacturing growth supported by recent expansions in the sector, including investments in new factories. Agriculture was boosted by another decent harvest and a strong rebound in fisheries.” World Bank said.

“This is an extremely tall order given underlying factors such as low productivity and a failure to shift to higher productivity activities that are resilient to shocks and can generate and sustain high growth rates,” it said.

The bank added that Uganda is not creating enough jobs to absorb young people leaving school. Adding that the Government figures show that annually, only 75,000 new wage jobs are being created which is far below the 600,000 the economy needs to add every year.

“Therefore, significant economy-wide productivity improvements, particularly in the agri-food sector, are needed to accelerate growth and to absorb excess rural labour into better and more productive employees,” the bank said.