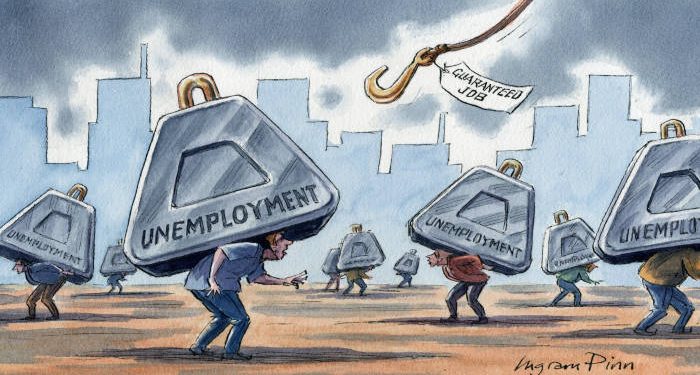 The gross domestic product (GDP) of South Africa is expected to  5.1 per cent and 7.9 per cent in 2020 and recover slowly for at least the next four years

South Africa’s declining GDP is expected to set back efforts to address unemployment, poverty and inequality according to a new United Nations Development Programme study on the socio-economic impact of COVID-19 in South Africa by at least five years.

The gross domestic product (GDP) of South Africa is expected to  5.1 per cent and 7.9 per cent in 2020 and recover slowly for at least the next four years.

The study focused on how COVID-19 will drive temporary and long-term changes in poverty levels in the country. According to the study, the number of households below the poverty line will increase as households fall from the lower middle class.

As South Africa’s  6-month stimulus packages come to an end, 54 per cent of households that have been pushed out of the permanent job market into informal or temporary contracts due to the impact of  COVID-19 on businesses, are likely to fall into poverty.

Also due to the impact of the pandemic, 34 per cent of households are likely to exit the middle class into vulnerability.

“While government social protection grants tend to target the poorest, this study posits that care and support need to be provided to those at the borderline of the poverty line, such as the vulnerable middle class, to reduce their likelihood of slipping into poverty,” said Nardos Bekele-Tomas, the UN resident coordinator.

According to the study, the most disadvantaged economic sectors include catering and accommodation (including tourism), textiles, beverages, tobacco, education services, footwear and glass products. While the most negatively affected by the pandemic are Small and medium enterprises.

The reports also note that compared to 80 per cent of elite households, only 15 per cent of chronically poor households have access to all basic goods and services such as shelter, water, sanitation and electricity.

Only 33 per cent of vulnerable households have access to all basic services.