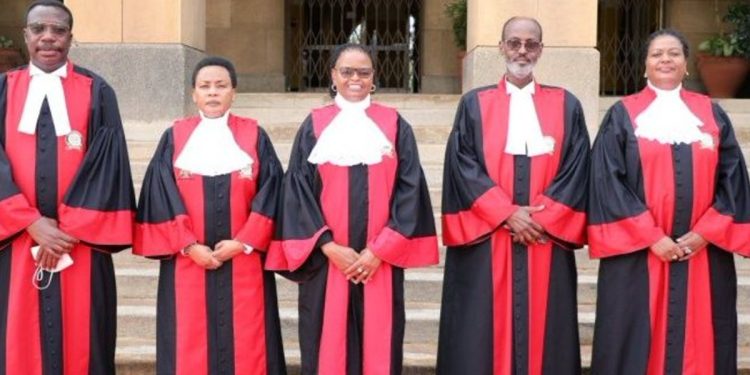 Some of the issues the new Kenyan government are expected to tackle include corruption, high cost of living, high unemployment rate and huge debt.

On Tuesday, August 9, 2022, Kenyans went into the polls to elect their leaders in respective seats, from the member of the county assembly (MCA) to the president.

With the election over, a new government will take over from the Jubilee administration as President Uhuru Kenyatta is set to retire after serving two constitutional terms.

According to the National Treasury, Kenya’s fifth president will inherit an Sh 8.6 trillion debt. The weak shilling has pushed the country’s debt by US$4.1 billion, as most foreign debt is repaid in dollars.

“The increase in the public debt is attributed to external loan disbursements, exchange rate fluctuation and the uptake of domestic debt during the period,” the National Treasury stated in 2021-2022 last quarterly budget and economic review report.

Kenya is considered the economic hub of the Eastern African region. It acts as a gateway to the region and is the headquarters of many multinational companies such as Alphabet Inc’s Google.

Stakeholders in the Kenyan business sector have indicated their readiness to work with the incoming administration to improve the business environment.

In a statement, the Kenya Association of Manufacturers (KAM) called on all elected leaders to centre citizens’ needs and drive the country’s development goals as they take office.

The association said it’s committed to working with the incoming government to drive the East African country’s industrial growth, increase value addition in the agriculture sector, and create jobs and wealth.

“Political goodwill is particularly essential in ensuring that we uphold good governance at both levels of government whilst improving our business environment. The Association remains steadfast in advocating the incoming government to support locally manufactured goods, drive export-led growth, and enhance local industry’s competitiveness whilst driving food security. We look forward to working with the incoming government at the national and county levels as we drive the manufacturing agenda,” KAM stated.

The director of operations at Pollman’s Tours & Safaris, Mohamed Hersi asked the new government to focus on local manufacturing to reduce imports.

“The biggest impediment is cost of electricity. We are blessed we have geothermal energy. Let us get as many export processing zones (EPZ) zones in Naivasha, and trust me, we shall be exporting alot of finished products. How can we be a proud nation when we can’t even manufacture toothpaste, surely? We are busy importing from Saudi Arabia, UAE, South Africa even Thailand,” Hersi wrote on his Facebook page.

He further asked the new government of the day to tackle the elephant in the room- corruption. Outgoing president Uhuru Kenyatta previously revealed the country lost Sh 2 billion daily to corruption. Uhuru was unable to eradicate graft as some members of his family were caught up in the mess.

SportPesa chief executive officer (CEO) Ronald Karauri, who was elected Kasarani member of parliament in the 2022 General Election, asked the new president to bridge the gap between the rich and the poor.

“There is a lot of despair and hopelessness in Kenya, and a majority believed that only a seismic change can correct this,” Karauri said in a tweet.

In the first six months of the new administration, economists predict slow growth as the new president tries to balance what he promised and what he can deliver.

It would be interesting to see how he will work with local and foreign economic players.

“The next regime must be ready to deflate the “great expectations” economic balloon resulting from promises made to everyone, particularly the hustlers,” the associate professor, the University of Nairobi Faculty of Business and Management Sciences XN Iraki said.

With the Supreme Court yet to deliver its verdict on the 2022 presidential election petition filed by Azimio la Umoja One Kenya Coalition Party leader Raila Odinga, what did the top two candidates pledge?

President-elect Ruto and his fierce rival differed on their approaches to key economic policy issues.

Ruto promised to cut on the borrowing spree and instead focus on expanding the tax base by empowering small and medium enterprises.

“We have a plan as Kenya Kwanza on how to manage debt. We will first slow down on borrowing. We will put brakes on unbudgeted projects; in fact, that is the biggest source of our problem,” Ruto said.

Raila, on his part, vowed to renegotiate debt repayment with bilateral lenders.

The former prime minister also said he will implement the one county, one county programme to enhance manufacturing.

“The national government will provide material and technical support to each county government for vibrant industrialisation. To foster the growth of manufacturing, the Azimio commitment will be to undertake specific measures to improve the investment climate,” Raila stated in his manifesto.

The seasoned politician further said he would promote manufacturing as the engine of the economic revolution.

He cited the mitumba industry, which, he argued, had led to the collapse of local industries.

“Mitumba killed all our sectoral industry. Our people are only wearing clothes coming from outside the country which has been worn by people who are dead. We are going to primary production by producing gin cotton so that our people who are importing mitumba can have good products to sell here,” he said.