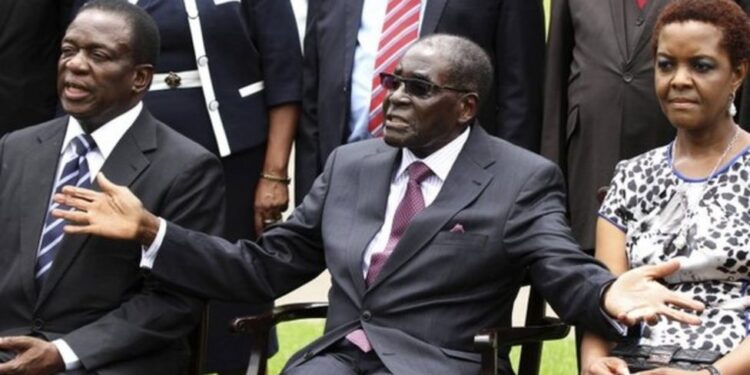 The Late former President Robert Mugabe of Zimbabwe, seen here in December 2014, flanked by his wife, Grace, and Emmerson Mnangagwa, who is now the President of Zimbabwe. [Photo/ REUTERS]

by Albert Nangara
in Zimbabwe
0

Zimbabwe has a new government after the ouster of late President Robert Mugabe who was ranked among African icons like Muammar Gaddafi and Thomas Sankara.

After three decades in power, Mugabe’s Zimbabwe was in tatters when he was removed in a bloodless coup that shocked the world, especially the West.

Emmerson Mnangagwa, who took over is still fiddly, and Zimbabwe’s economy has stagnated. Mnangagwa was the late former President Robert Mugabe’s protégé, comrade, and right-hand man. While Mugabe was notoriously stubborn, Mnangagwa is said to be more flexible in his approach, if only to achieve his goals. Mnangagwa is arguably more pragmatic and more flexible than Mugabe.

Whatever his faults, Mugabe was undoubtedly a powerful orator, at ease whipping up a crowd, or discussing delicate diplomatic issues with world leaders. The same cannot be said of Mnangagwa.

Mugabe could be counted on every year for an acid blast at the US and others over perceived meddling. Africa was always enthused by these chastising. According to an article published by News24 on September 29, 2018, Mnangagwa left Mugabe’s venom at the UN in 2018 and stuck to the earnest language of “peace, unity, and tolerance” as he insisted Zimbabwe is “open for business.”

The ascension to power of Emerson Mnangagwa as President of the Republic of Zimbabwe has witnessed a thawing of relations between Zimbabwe and Botswana. The two countries seem to have hit the reset button concerning the nature of their relationship characterized by mistrust, tension, conflict, suspicion, and hostility between Robert Mugabe and Ian Khama.

The relationship between the two country’s leaders in Mugabe’s time was frosty, and tense characterized by animosity. This can be exhibited that the Zimbabwean President never paid a state visit to Botswana under Khama’s rule.

Mugabe’s rhetoric and brand of politics did not sit well with the younger Khama who represented a new breed and generation of Southern African leaders and leadership, Khama laid the blame for the putrefaction squarely at the feet of Robert Mugabe whom he publicly berated and criticized for having overstayed in office, for bad governance, corruption and running the country and its economy down.

He did not take kindly to what he considered interference in internal Zimbabwean matters and that the criticism was coming from one younger than him.  He saw himself as an elder statesman and a representative of Pan-Africanism, he felt that Khama’s rebuke and criticism were unbecoming and unAfrican.

President Mnangagwa and President Mokgweetsi Masisi of Botswana met in Victoria Falls early this year during the official opening of the third session of the Zimbabwe-Botswana Bi-National Commission to push ahead and implement agreements. Another agenda was to oversee the signing of memoranda of understanding in a swathe of sectors as the neighbours deepen relations.

In a report, Afrobarometer said Zimbabwe’s economy has been characterized by run-away inflation and a continually devaluing currency. Although hyperinflation was at its worst in 2008-2009, it is still estimated to be close to 800% annually, and the currency performs dismally against the US dollar, which is also being used in everyday trade in the country, and other currencies.

On the economic situation, two major explanations stand in contrast. The first school of thought attributes the country’s economic malaise to sanctions imposed by Western countries. The second blames government mismanagement and corruption. President Mnangagwa like his predecessor blames the country’s distress on sanctions from the United States government and the European Union.

At the dawn of his administration, President Mnangagwa promised to address the country’s record on human rights, targeting those that oppress political activists and opposition, political party supporters, during elections. He also said his government would introduce economic policies favouring foreign investment. His mantra was ‘Zimbabwe is Open for Business. In its quest to kick-start itself to its former glory, the Zimbabwean government came up with economic policies such as the Look East Policy, and Indigenization, but they failed to yield results.

Mnangagwa’s administration has been rallying anti-sanctions sentiments, embarking on a re-engagement policy and the ‘Zimbabwe is Open for Business mantra. But, the sanctions have remained in place.

According to Afrobarometer, Mnangagwa has managed to mobilize support against the sanctions. In October 2019, leaders of the Southern African Development Community (SADC) agreed to campaign for the removal of the sanctions, arguing that they destabilize Zimbabwe’s economy and adversely affect the region. ZimEye reported a group of ZANU-PF supporters who camped near the U.S. Embassy in Harare on March 29, 2019, and vowed to stay put until the sanctions were lifted.

Yet an economic analyst, Masimba Manyanya, told The Africa Report that Zimbabwe is under its sanctions in the form of poor governance, corruption, and thieving by political and government leaders, not the Western-imposed sanctions under the ZIDERA Act.

“The most damaging sanction in Zimbabwe is governance crisis that has bred a politically connected syndicate that is draining the economy through corruption and illicit financial flows,” he said.

In October last year, a United Nations special rapporteur said that sanctions had worsened Zimbabwe’s “pre-existing social and economic challenges” and called for “meaningful, structured dialogue” to take the place of targeted sanctions to promote political reforms and human rights.

According to an article by New Zimbabwe published on March 4, 2022, just recently, US President Joe Biden said his administration would continue with the embargo for a further year. He added that President Emmerson Mnangagwa’s regime was implementing policies threatening America’s foreign policy.

“The actions and policies of certain members of the Zimbabwe government and other persons to undermine Zimbabwe’s democratic processes continue to pose an unusual and extraordinary threat to the foreign policy of the United States,” he said.

In a related article published by the Herald on October 11, 2019, the United States of America imposed sanctions under the Zimbabwe Democracy and Economic Recovery Act (ZIDERA) of 2001. Supplementing the US’s legislative sanctions of ZIDERA are Executive Sanctions (Executive Order 13288) of March 2003 renewable every year.

The European Union has sanctions imposed on Zimbabwe. The regulations impose asset freezes on those identified who are and have been, involved in the commission of serious human rights violations or abuse, the repression of civil society and democratic opposition, or other actions, policies, or activities that undermine democracy or the rule of law in Zimbabwe.

According to an article published by Europeansactions on March 9, 2022, Zimbabwe was first sanctioned by the European Union in 2002, by Common Position 2002/145/CFSP. This was in relation to the escalation of violence and intimidation of political opponents and the harassment of the independent press. The sanctions comprised an arms embargo, an asset freeze, and a travel ban on targeted people and entities.

The current EU sanctions regime on Zimbabwe is imposed according to amended Council Regulation (EC) No 314/2004 and amended Council Decision 2011/101/CFSP and likewise consists of an arms embargo and targeted asset freezes and travel bans.

In January 2021, the UK adopted The Zimbabwe (Sanctions) (EU Exit) Regulations 2019. Aiming to encourage the Government of Zimbabwe to respect democratic principles and institutions and the rule of law, refrain from actions, policies, or activities that repress civil society in Zimbabwe, comply with international human rights law and respect human rights. 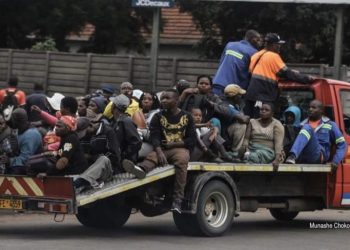 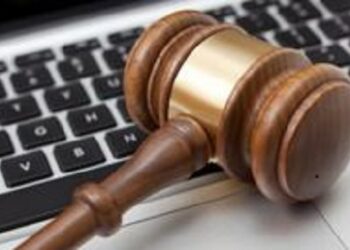